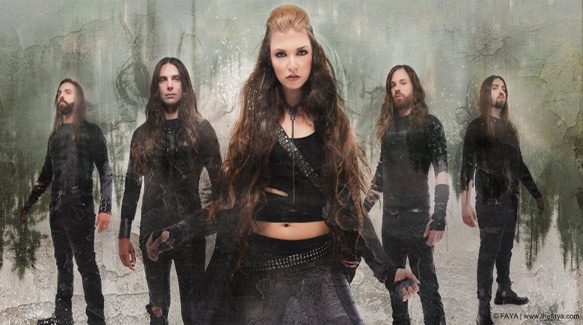 Formed in 2004, in Quebec, Canada, The Agonist is what may be regarded as an extreme hybrid of Evanescence and Death. Currently comprised of Danny Marino (guitars), Chris Kells (bass, backing vocals), Simon McKay (drums, percussion), Pascal Jobin (guitars), and Vicky Psarakis (lead vocals), they are highly regarded on the Extreme Metal scene. In their twelve years of existence, the Canadian Metal band has released five albums, from 2007’s acoustic-glazed Once Only Imagined, to 2009’s sonically brutal Lullabies for the Dormant Mind, to 2012’s Gothic-inspired Prisoners, to 2014’s recharged and urgent sound of Eye of Providence, to this 2016’s polished and Pop-oriented Five.

The second album with Psarakis, taking the place of Alissa White-Gluz, Five was released on September 30, 2016 via Napalm Records. Lyrically conceptual, it begins with the ritualistic synth drench and then driving rhythm of the angst-ridden midtempo “The Moment.” The adrenaline-charged sonic assault then rises with the razor-sharp Thrash of “The Chain,” “The Anchor and the Sail,” and “The Game.”

Albeit maintaining the powerful energy of the entire album, “The Ocean” adds Groove and Funk into the equation. The ensuing “The Hunt” relaxes the listener for a bit, only to explode again with its double blast beats. “The Raven Eyes” is a different beast – a concoction of eerie, bluesy guitar plucks, jazzy piano flourishes, and Glam vocal styling that may remind the initiated of the high-pitch tendencies of Sebastian Bach of Skid Row (“In a Darkened Room”). A further excursion to a different territory, the piano-dominated “The Wake” exudes of Gothic and orchestral sensibilities.

“The Resurrection” and “The Villain” return the listener to standard Death Metal mode – relentless, grating, galloping, screaming, and wailing. The pounding continues with the equally ruthless, yet more melodic “The Pursuit of Emptiness.” Then there is the dramatic buildup of “The Man Who Fell to Earth,” in which the lead vocal soars to its peak. Finally, Five concludes with the syncopated rhythm of “The Trial,” whose unforgiving double bass-drum kicks and sword-edged guitars are enough to scare the inexperienced, but sure to excite the longtime enthusiast.

Death and other extreme subgenres of Metal are, of course, best characterized by the brutality and cacophony of their respective sounds – the howls, screams, growls, grate, distortion, breakneck speed, and blast beats. At the end of the last reverberation, what draws many listeners to any kind of music is the melodies. In this final aspect is where The Agonist’s latest album stands apart from those of its fellow mortemaniac Metalheads. Because, behind the aural animosity and instrumental harshness resides the mellifluousness of the vocal melodies that counterpoint the customary deathly squeals. With a bright future still ahead of them, CrypticRock gives Five 4 out of 5 stars. 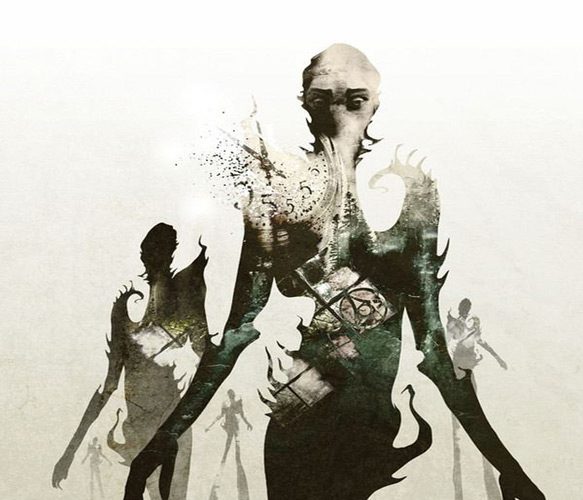