Aimy In A Cage (Movie Review)

Every once in a blue moon, a film will come along that will visually and emotionally immerse the viewers into a surreal world of imagination. That movie is the early party of 2016’s Aimy in a Cage. Starring Allysin Ashley Arm (King of California 2007, Jake and the Never Land Pirates TV Series), Crispin Glover (Back to The Future 1985, Willard 2003), and veteran actress Terry Moore (Mighty Joe Young 1949, Beneath the 12-Mile Reef 1953), Aimy in a Cage is a psychedelic trip into madness and ecstasy. From Ankaboot Productions, written and directed by Hooroo Jackson, based off his graphic novel, Aimy in a Cage was released on January 8th via VOD for audiences to indulging in. 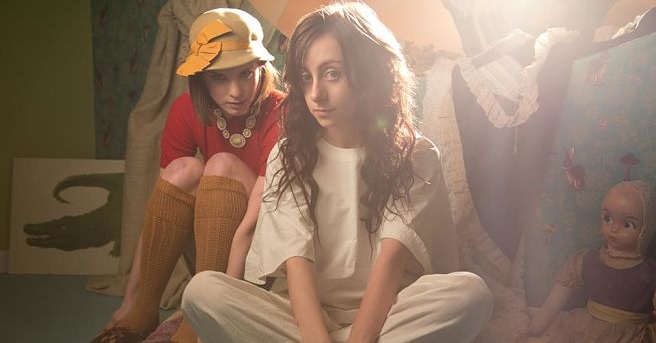 Aimy Micry (Arm) is a very imaginative girl that gets thrown into the most ludicrous of situations by the diabolical Claude Bohringer (Glover). In a world devastated by a deadly virus, Aimy is thrown into many different procedures and odd practices with the intent of a madman, Bohringer, to gain self-recognition. He is the lunatic behind all the oddities of the film and they could not of picked a better actor than Glover to portray him. Now Aimy, as well as others, do not know if she is actually a better human being civilized. As Bohringer further tests her mind with his twisted and grim perseverance, they may find out they are making a horrible mistake. 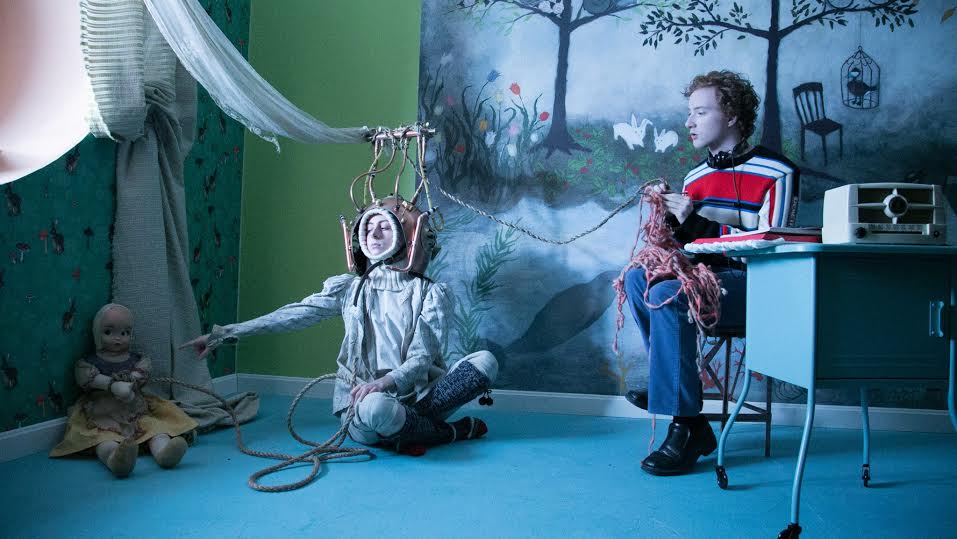 Highlighted by wonderful performances by Arm and Glover, it is a mad house of scenarios any fan of Sci-Fi would immensely enjoy. As the viewer watches Aimy in a Cage, they will be able to see a wide variety of influences that make the film all the more worthwhile. One of those influences would be the Tim Burton (Edward Scissorhands 1990, The Nightmare Before Christmas 1993) vibe it has on its viewers with the beautiful and oddly fascinating set pieces. Another influence that can greatly be seen by viewers is the Don Coscarelli (Phantasm series, John Dies at the End 2012) style. With short running time of seventy-nine minutes, one might think that the shortness of the film would make it dull and less of a story. The thing is, it constantly keeps going and never lets up, fitting the story in completion perfectly in the run time of the film. Considered a Drama, Sci-Fi, and Thriller all rolled into one, the viewer will need to put this film on the “multiple watch” list, and so much happens that there will always be more left to discover. 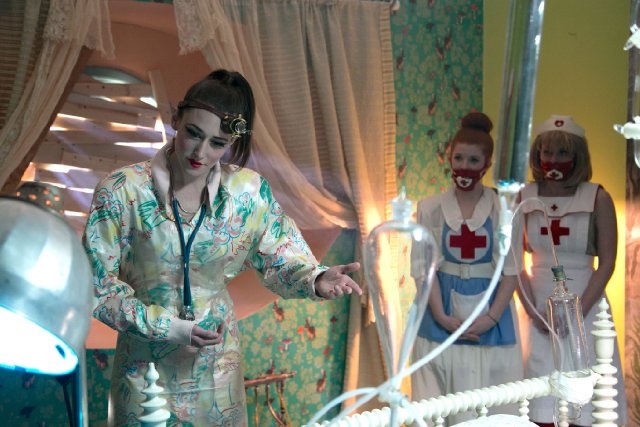 With all that said, Aimy in a Cage is will be a breath of fresh air for those looking for a little something different. In a world of remakes and sequels, a bit of originality goes a long way, especially in this visually visceral film. Although, it is not for fan of films require no thinking, because this film will make the viewer think about society, themselves, and the entire world as a whole. Whether the viewer is a fan of Sci-Fi, Thrillers, or just odd films in general, Aimy in a Cage bleeds out eccentricity and keeps the viewers always guessing, and of course wanting more. CrypticRock gives this film 4.5 out of 5 stars. 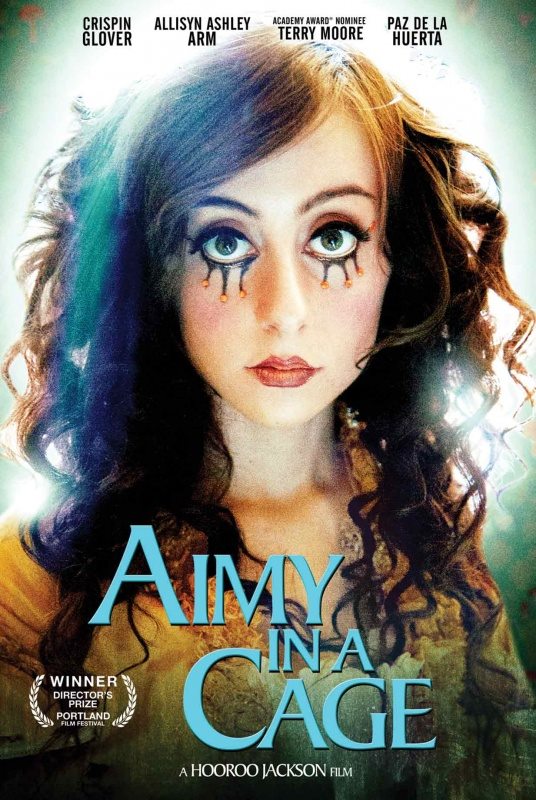 Watch Aimy in a Cage on Amazon