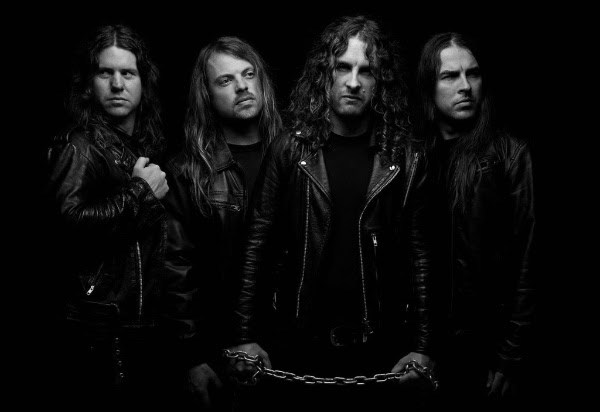 It is easy for any band to say they belong in the scene and that they sold their soul for the life of music, but it does not necessarily mean it is true. For the crazy guys of Airbourne, it seems as though these Australians have given their lives completely to Rock-n-Roll, all while making it clear that business absolutely does not always mean business. Basically throwing social norms back in the faces of all those who follow, Joel O’Keeffe (vocals and guitar), Ryan O’Keeffe (drums), David Roads (guitar), and Justin Street (bass) do things their own way, always seeming to go against what the majority of people deem as “acceptable;” that is the life of a Rocker, is it not?

After 2003 brought together most of the band, they spent their time jamming and playing local shows at the Criterion Hotel. Soon after, Airbourne put their music out into the world, filled with nothing but pure talent and unstoppable Hard Rock attitudes. Of course, showcasing themselves at a local music competition definitely helped, especially when they stole the show and were victorious. A couple years later, alongside a slight lineup change, the guys released their first full-length album, entitled Runnin’ Wild, in 2006, raising quite a lot of interest overseas. With the help of Producer Bob Marlette, who has worked with talents such as Alice Cooper and Ozzy Osbourne, the guys were able to become a success within days of the record being dropped.

Relocating to The States permanently, they began touring with insanely credible bands who share a similar sound. Airbourne was able to gain the recognition they deserved and had worked so hard for. Making their way to the top of the charts and earning their spot in Kerrang! Magazine, the guys were at their best with a new album on the way, packed with more Rock N Roll than ever before. Supporting some huge names such as Iron Maiden, Korn, and Kid Rock, there was no turning back for Airbourne, and the only way to go from there was up. Proving this statement to be true, the guys are back with their fourth full-length studio album, Breakin’ Outta Hell, out to the public September 23rd, via Spinefarm Records.

Kicking off their new hit with the title track and first single to be heard by fans all around, “Breakin’ Outta Hell” is incredible face-paced, bold, and invigorating, embodying everything that Rock-n-Roll is. An instant favorite to all those who listen, anyone is sure to be hooked right from the start. Continuing on with “Rivalry,” this piece will definitely get heads banging and feet off the ground. Already proving to be one of the better albums of their career, this song might just surpass the last.

A song that is completely relatable, “Get Back Up” should be the anthem to all fans of unadulterated Rock. Showing strength and unity, this piece is about never giving up, even when you have been knocked down. Highlighting great instrumentation skills, alongside purely raw and unique vocals, Airbourne is unstoppable. As satisfying as the last, “It’s Never Too Loud For Me” is a song that should be cranked to the fullest, and will be endlessly enjoyable. Picking up some speed, “Thin The Blood” is a gnarly piece, giving off tension and angst; what is better than Rock-n-Roll?

A phrase that can be heard quite often through the scene, “I’m Going To Hell For This” is a piece that will perk the attention of any fan with lyrics such as “I know it’s so wrong but it feels so right.” Living up to the hype of the Breakin’ Outta Hell, Airbourne has clearly outdone themselves. Continuing on with “Down On You,” this track is fully intriguing with every listen and only gets better from there on out. A song that screams sex, any classic Hard Rock lover will feel right where they need to be. Proving to be a rousing showcase of the talented pieces of Airbourne, “Rocked Like This” will take listeners to another universe. Utterly satisfying, there is no room for disappointment.

An insane piece to Breakin’ Outta Hell, “When I Drink I Go Crazy” is all about booze. Making a statement about alcohol, it seems as though the guys surely know how to party, as well as write some stellar music about it. Keeping the vibes going, “Do Me Like You Do Yourself” is another catchy track all about sex and Rock-n-Roll. For any fan of ’80s Rock, Airbourne is the right band for them, and closing out their killer album with a song about it makes the record all that much better. “It’s All For Rock N Roll” might be just the best track of Breakin’ Outta Hell. Stealing all of the attention, any listener will be forced to replay the entirety of this masterful record.

If there is one thing the guys of Airbourne know how to do properly, it is making rad Rock-n-Roll tunes. Sounding straight out of the ’80s, with a Classic Rock twist, this band takes everything they desire to be and transforms it into reality. With a record that will pick up any Friday night, to live shows that will blow the roof off of countless venues, Airbourne sure know how to do it right. CrypticRock gives Breakin’ Outta Hell 4 out of 5 stars. 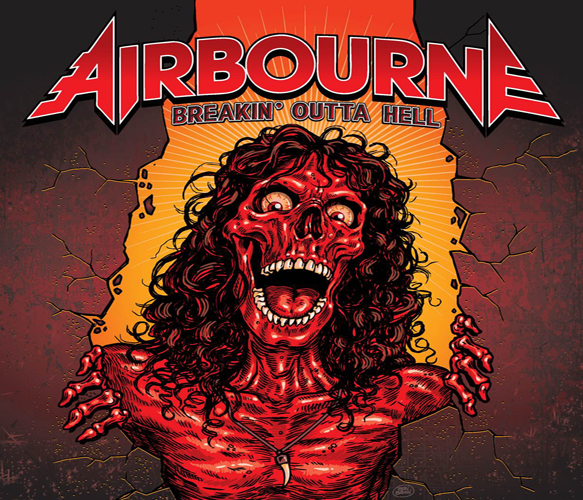 Blacklite District Premiere “Gotta Get Outta Here”
Like the in-depth, diverse coverage of Cryptic Rock? Help us in support to keep the magazine going strong for years to come with a small donation.