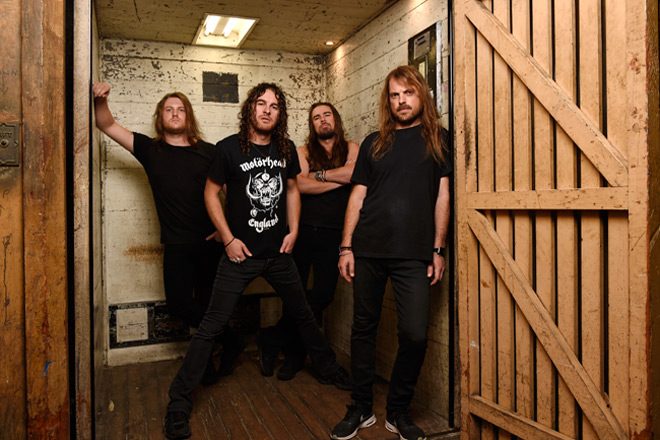 Way back in 2007, out of Warrnambool,Victoria, Australia, a band known as Airbourne burst onto the Hard Rock scene with their debut album Runnin’ Wild on EMI/Roadrunner Records. With singles like “Too Much, Too Young, Too Fast” and the title track, “Runnin’ Wild,” Rhythm Guitarist David Roads, Bassist Justin Street, Drummer Ryan O’Keeffe, along with Ryan’s older brother, Lead Guitarist and Vocalist Joel O’Keefe, took the Rock scene by storm.

Airbourne resurrected that simple Power Rock groove made famous by fellow Australians AC/DC. It did not hurt that Joel O’Keeffe sounds exactly like former AC/DC Vocalist, the late great, Bon Scott. The award winning Runnin’ Wild, became one of the most critically acclaimed debut albums by a Rock band in recent memory, making Airbourne one of the most highly regarded new bands in Rock. The follow up to Runnin’ Wild, 2010’s No Guts. No Glory, proved Airbourne was no joke as it climbed the music charts reaching Billboard’s Top 200, Australia’s Top 20, and the UK’s Top 40. Keeping things interesting, they released 2013’s Black Dog Barking and 2016’s Breakin’ Outta Hell, both of which saw the band reach even bigger heights of worldwide success.

To commemorate the ten-year anniversary of their debut album Runnin’ Wild, Airbourne have announced the release of the collector’s box set, Diamond Cuts. To be released on September 29, 2017 via Nettwerk Music Group, Diamond Cuts will be available in limited edition vinyl and compact disc. What does it offer? Well, it will consist of Airbourne’s first three studio albums, Runnin’ Wild, No Guts. No Glory, and Black Dog Barking. In addition, it includes a DVD with previously unreleased footage of the band. Lastly, fans will get Diamond Cuts – The B-Sides, 15 rare tracks plus 2 previously unreleased tracks. Exciting right? So, let us examine this box of treasures a little further.

Kicking into high gear, Diamond Cuts – The B-Sides, starts off with “Stand & Deliver.” The first note alone will give the listener a sense of the Rock-n-Roll joyride they are about to embark. Forging on with “Red Dress Woman,” “Hotter Than Hell,” and “Dirty Angel,” Joel O’Keefe makes his love for the ladies very clear.

Continuing the spirit of Rock ,”Heads Are Gonna Roll” is a song about good old fashioned fighting. Then there is “Kickin’ It Old School,” an ode to doing things your own way before preceding the first of two unreleased tracks, “Heavy Weight Lover.” “Heavy Weight Lover,” before 2010’s “My Dynamite Will Blow You Sky High (And Get Ya Moanin’ After Midnight)” and “Rattle Your Bones” spotlight the band’s love for writing about…well, sex.

“Money,” the second of two unreleased tracks, will rock you straight into the fun of “Party In The Penthouse” and “You Got The Skills (To Pay The Bills).” Bringing the record near its close comes “Jack Attack,” but let us not forget the remaining tracks, “Devil’s Child” and “Loaded Gun,” which will leave the listener knocked out cold.

A wonderful celebration, Diamond Cuts – The B-Sides, proves Airbourne to be one of the best Rock bands over the last decade. They are one of those bands that are incapable of writing a bad song and the proof is in this box set. Fans all over the world want Airbourne to stick around for a very long tenure, and the band shows no signs of slowing down; for that they are saluted! Because they carry the torch of Rock-n-Roll so well, CrypticRock gives Diamond Cuts – The B-Sides 4 out of 5 Stars. 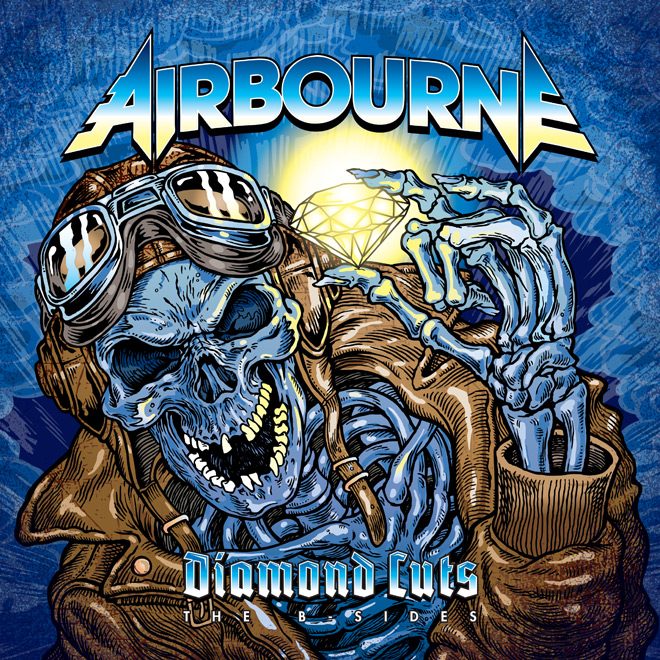