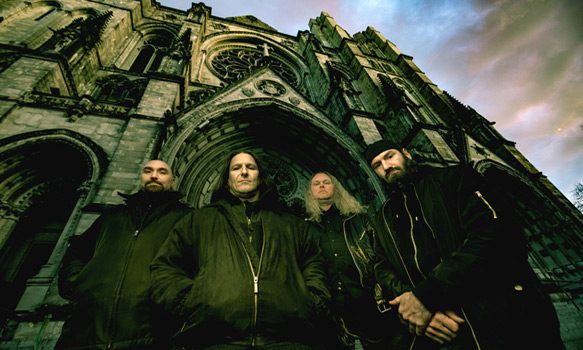 There is something to be said for remaining dedicated to an art form. In music, many are the pressures to change the form of one’s expression over time. Words like evolution and phrases like artistic restlessness are often called upon to explain when new albums deviate from an expected formula. Sometimes it is trends or record label pressure that causes a band to flee from what planted them in the hearts of their fans.

For Immolation, those stalwart sons of old-school Death Metal, the preservation of artistic integrity while pushing the boundaries within their chosen medium has resulted in a magnificent career spanning nine full-length albums going all the way back to their formation in Yonkers, New York, back in 1988.

Here, at the ragged end of winter, 2017, Immolation releases Atonement, their tenth full-length album and third for Nuclear Blast Records. There is a buzz in the underground with this one, and as opening track “The Distorting Light” begins in discordance and devastation, one can see why. Ross Dolan, he of the rumbling bass guitar and gravel throat, sounds hellishly diabolical.

Robert Vigna’s guitar tone is rich, working so well with the speedy double-bass attack of Drummer Steve Shalaty. Dolan and Vigna started Immolation, while Shalaty began drumming for them in 2003. The unit is familiar with each other and tight as can be; with this confidence, they can easily push the bounds of their songwriting while remaining true to their Death Metal art.

The way in which the band constructs “When the Jackals Come,” the serpentine guitar leads pouring out amid slabs of furious blasting, could teach a lot of younger bands trying to play Death Metal how it is supposed to be done. There is a Horror quality going on toward the end of the track. Something about the way in which the guitar leads wail conjures a nice atmosphere to go with the more usual attack.

Critics of Immolation might say there is not much difference between their albums, but the devil is most certainly in the details. Atonement has a deeper, richer sound than 2013’s Kingdom of Conspiracy. The songs reach out and envelop the listener, as though for number ten, Immolation pulled out all the stops and went full-on for the throat. “Destructive Currents” pounds with a rapid-fire melodiousness until it grinds down slower. Dolan’s bass lines create tension before the speed attack of Shalaty comes back in; instead of keeping it strictly to a blast, Vigna’s leads dance like flames atop yet another tempo change. Unlike certain more chaotic forms of Tech-Death and what have you, Immolation let the songwriting breathe. Even for them, their sometimes claustrophobic arrangements are relaxed ever so slightly. In this way, the structure imparts even more of a fist to the listener’s chest.

Sampling Immolation’s discography, one finds plenty of times where they have slowed it down, tried something unexpected, or relentlessly pounded the listener. On Atonement, they seem to have plucked from their many strengths and poured it all into one record. “Lower” is a perfect example. Many different tempos weave about one another, but never trip over themselves. Vigna is seriously on another level here.

Then there is the title-track, which will leave the listener breathless as well. Full of speedy hooks, delicious time changes, and the subterranean larynx of Dolan, the song embodies its namesake, pouring on that special something that elevates certain records above other ones. Fans of pure Death Metal should be tripping over themselves to get this one in their collection. Open-minded fans wishing to take the next step to more extreme sounds would do well to start here also.

Immolation keep the quality grade-A throughout this storm-blast of an album. “Above All” hits just as hard as the songs before it, for example, racing and groping in the dark before lightning-strike breakdowns bring it to a stomping earthquake of a close. This non-formulaic formula pervades Atonement. It charges up final song “Epiphany” with as much alacrity as it does “Fostering the Divide,” the third song on the album.

The hunger and enthusiasm displayed by Immolation here shows that even after all these years, and all the comings and goings of whatever trend the kids are pushing, the New York based outfit have managed to craft one of the finest, pure Death Metal albums in years, and certainly one of the strongest in their own line of no-bullshit sonic savagery. CrypticRock.com gives Atonement 5 out of 5 stars. 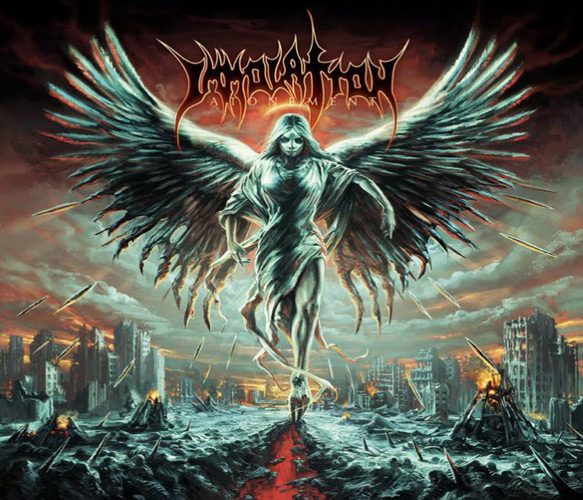 Accept – Too Mean To Die (Album Review) Moonspell – Hermitage (Album Review)
Like the in-depth, diverse coverage of Cryptic Rock? Help us in support to keep the magazine going strong for years to come with a small donation.