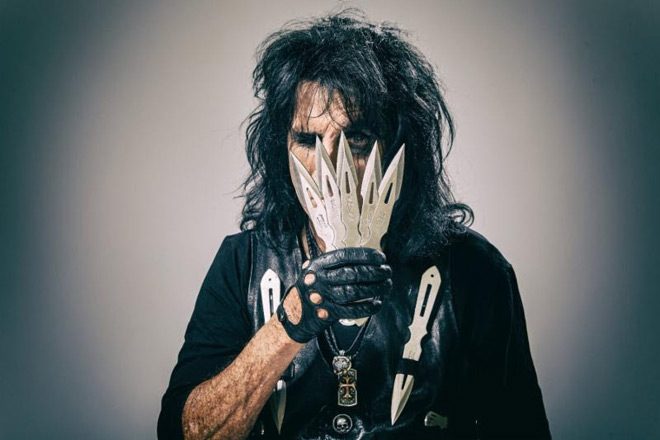 Chances are that longtime Alice Cooper fans vividly recall the 1975 TV special Alice Cooper: The Nightmare which aired on ABC with special guest star, and classic movie legend, Vincent Price. A definitive point in the history of the Rock-n-Roll icon’s career, now, for the first time ever, it sees a release on DVD! Released on September 8, 2017, via Eagle Rock Entertainment, the special edition DVD has a lot of treats within.

As everyone knows, since the 1976 concert Welcome to My Nightmare, Alice Cooper has become a cult icon, paving the way for theatrics in Rock genre. Bringing it all to DVD with the 1975 TV Special Alice Cooper: The Nightmare, if there is one thing that works well when it comes to watching older live footage is how raw film quality could be. Sure, it is on DVD, but there is no reason why is should be cleaned up completely because what is not to love about a little grain? The pixelation of ‘ole seems to help the viewing experience, and this DVD gives exactly that.

This said, the big attraction of this piece is the never before released to DVD TV Special, but what is not to love about the classic concert performance as well? To help refresh the memory, the concert opened up with one of Alice Cooper’s classics, “The Awakening,” followed by “Welcome to My Nightmare” and “Years Ago.”

A fan-favorite, “No More Mr. Guy” is a song that definitely gets you up out of your seat, even if it does happen to be a stage performance that you are watching on DVD. Theatrical and eye-catching, Cooper never strays from the music with “I’m Eighteen,” before shifting to “Only Women Bleed.” This is before the show picks up speed for “The Black Widow,” and not only does it have Vincent Price as a narrator, but a memorable guitar solo. The song really makes you want to catch the next Cooper concert, even all these years later. Visually compelling, it is brought together with amazing songs, but also a fabulous storyteller as well, and that is why the Welcome to My Nightmare concert is such a great show, it is a great story.

In regards to the TV Special, just like the first time aired on ABC, it has the dark grain of old Horror movies and special effects to make it look like a dreamy acid trip. The Nightmare special opens up with a flamboyantly dressed bedroom dreaming of nightmares in a canopy made for a prince of darkness. Then, the track “Welcome to My Nightmare” leads the audience down the imaginary path of this theatrical rockstar.

“Devils Food” is the next song of this dark Rock Opera, and with Halloween right around the corner, it fits to the mood of the season. Thereafter, “Some Folks” makes the atmosphere seem a little more uplifted while “Only Women Bleed” is a great prelude to “Cold Ethyl.” Following is “The Black Widow,” again, it is a great song, and though there is no long guitar solo, like there would later be on the stage performance, it is still one of the best scenes in this special. Equally as important, “Department of Youth” is an awesome cut that shows the rebellious ways of the late ’70s, further justifying why Cooper became a cult phenomenon.

As far as Rock Operas and dramatic shows go, this is one of the best by far. Props and theatrics galore, Alice Cooper’s Welcome To My Nightmare will keep you captivated from beginning to end. You will sing along to every song and start a nightmare of your own, so be sure to get out and pick this up to relive the magic. This is why CrypticRock gives Alice Cooper’s Welcome To My Nightmare Special Edition DVD 4 out of 5 stars. 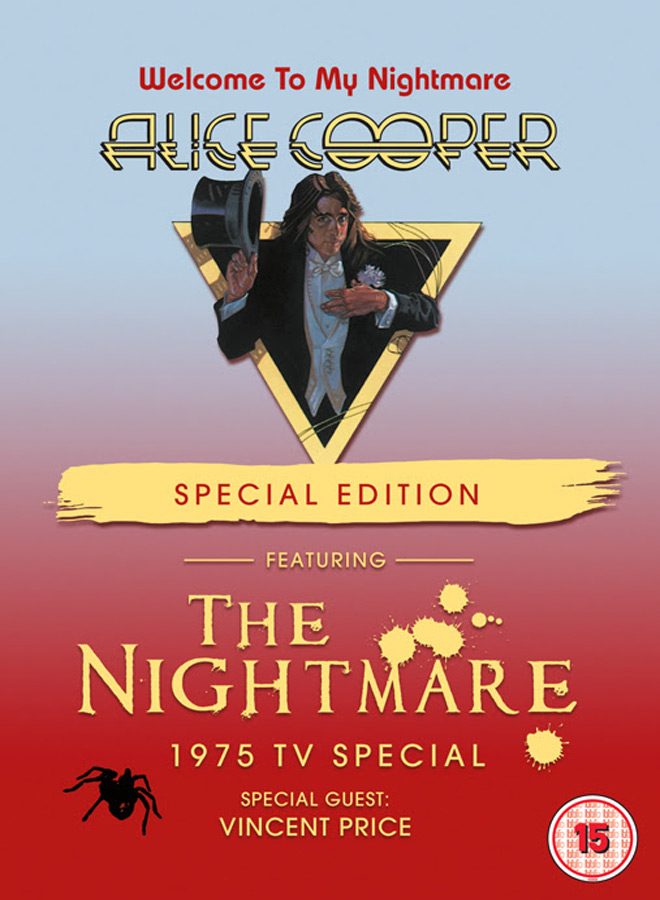 Purchase Welcome To My Nightmare: