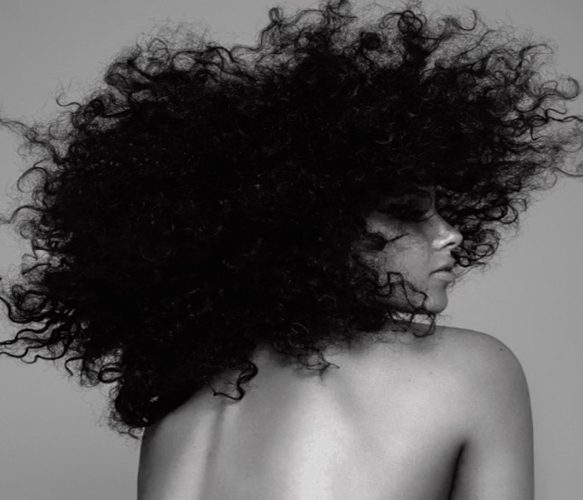 In the four years since her last album, Singer-Songwriter, Pianist, Actress, Record Producer and Philanthropist, Alicia Keys, has kept quite busy. With a shift towards politics, philanthropy, and social work, the native New Yorker now returns with fully charged sixth album, entitled Here. Her first album since 2012’s Girl on Fire, the Grammy Award winning Keys is embracing her voice to blast her spotlight on the dark corners of society in an effort to shine light through her music. Released on November 4th via RCA Records, Here is an 18 song opus that pulls out all the stops of a heritage that has historically elevated towards freedom.

Like heading to 125th Street to Harlem, “The Beginning (Interlude),” written and produced by Keys, is a fitting introduction to the pointed nature of the album. Throwing it all out there like a puzzle, it is the listener that gets to put the pieces together. Then, “The Gospel” opens with trademark piano before powerful lyrics blast in rapped by Keys. Written by Keys, Kasseem Dea, Robert Diggs, Jason Hunter, Corey Woods, and Sean Martin, the sounds, along with the smells, of the streets of New York bleed out brilliantly. Fully embracing Hip Hop giving birth to a new R&B child, “Pawn It All” attacks the materialistic society and culture that has trapped modern society. A powerful reflection of the musician’s personal beliefs and focus, the evolution of her art has been fantastic to watch.

Poetry from the street has become the backbone of great music representing the black experience coast to coast and the “Elaine Brown (Interlude) is a gift sequence. Raw and real, the truth is ugly, but the veil of truth is death. Shifting gears into the acoustic “Kill Your Mama,” the ironic twists lyrically with the wind. Here is all about calling out the truth and this track is stellar in its simplicity. Flowing into the R&B “She Don’t Really Care/1 Luv” is that smooth soul that fans of Keys have grown to love. Coupled with instrumentation and background vocals, there is an added depth of the words, stark and wrapped in beauty.

Moving along, the brief “Elevate (Interlude)” reinforces the above mentioned concept, conversationally inviting the audience into the challenge that humanity faces. Sliding seamlessly into “Illusion of Bliss,” one can speculate this song is a reflection of Keys growing up in a notoriously tough area of New York. Her three octave mezzo-soprano soars with the angels she works so hard to help with her charity work involving Aids. Returning to simplicity, the single “Blended Family (What You Do for Love),” joined by ASAP Rocky, the joy of love is wrapped in pain, built from Key’s own personal experience co-parenting with her ex-husband. Thereafter, “Work On It” shifts into the soul of a perfectionist. That in mind, accepting one’s own humanity and fallibility is a challenge that Keys admittedly has been working to change in a more positive direction.

With echoes of the previous song layered in the background, “Cocoa Butter (Cross & Pic Interlude)” follows, setting the stage for “Girl Can’t Be Herself No More.” A battle cry to the world, it should be noted Keys received attention for wearing no makeup on the red carpet release or on the cover of Here. Capturing that same emotion of wanting to be one’s self, the Calypso beat moves like the streets of the city blending culture and beauty into no specific definition of beauty. This is before Keys brings on a Gospel style; “More Than We Know” comes in with its choir backing vocals with a Mahalia Jackson vibe.

The standard edition of Here closes out with the simple acoustic intro to “Holy War.” Filled with imperfections, guitar string and all, it works well, augmenting the anthem to individual strength through connection. Those who decide to purchase the deluxe edition of the album, the single “Hallelujah” is a reality check for those of us that do not live in the spotlight. Finding inner peace is a personal journey, a varied instrumentation helps give this a completely different feel that the rest of the album. Then, the bonus cuts conclude with the single “In Common” as it closes out everything with an uptempo beat that includes the infallibility of us all depending on self honesty.

Everyone is different and that is the beauty of life. Captured magically with Here, this album is nothing less than beautiful. Building community is a key to finding how the pieces fit, and though it has said that the album does not really reveal anything new about Keys, it does show her ability to navigate within a variety of styles that all have been sequenced with the interludes and full-length compositions. Bravo to Alicia Keys for letting listeners see you walking a red carpet of your own creation without stage makeup, moreover, thank you for this exceptional collection of music. CrypticRock gives Here 5 out of 5 stars. 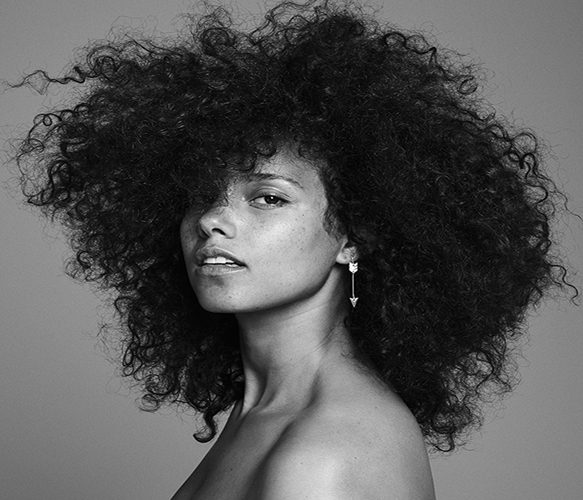