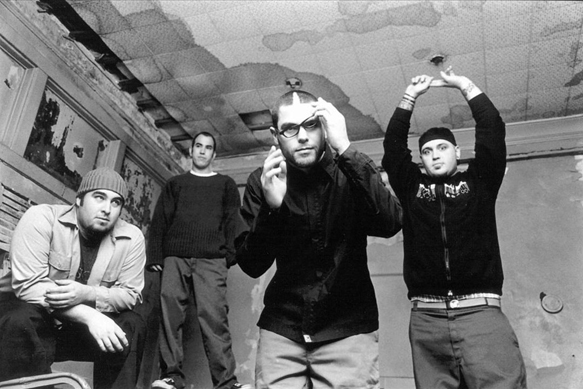 Composed with the original band lineup of Dryden Mitchell on vocals and acoustic guitar, Terry Corso on acoustic and electric guitars, Tye Zamora on background vocals, bassadilla, upright bass, keyboards, kalimba, as well as guitar, and Mike Cosgrove on drums, the album was produced by Jay Baumgardner, who has worked with everyone from Papa Roach to Godsmack. Making the top spot on the US Billboard Heatseekers chart, and going platinum and gold in the US and UK respectively, ANThology joined other bestselling 2001 albums like Aerosmith’s Just Push Play, Oleander’s Unwind, and Saliva’s Every Six Seconds. Now fifteen years later, ANThology remains a special album worth talking about in retrospective of the early 2000s.

Inside, the album is thirteen tracks Alien Ant Farm went for broke on. For instance, “Courage,” with its grinding guitars killing it, Mitchell explains the band’s name in parable in the first track, “Traveled far for a lover/Who she was she was not/But honestly it don’t matter/Aliens ain’t Farmers.”  Then, the band turns around in “Movies” with a Poppy/Metal beat as the band uses the different movie genres to sing about the end of a relationship, “I want you to be free/Don’t worry about me/And just like the movies/We play out our last scene.” Changing melody and tone again, Alien Ant Farm does an Alternative Funk melody with heavy bass guitar in “Flesh and Bone.” The band sings about religion and Adam and Eve were the original couple. Proving they can grind it out and scream with the best, “Whisper” jabs at the very industry they work for with its packaging a product instead of letting people be themselves and show their gift. Mitchell flips the bird vocally saying, “This is who I am, take it, or leave it.” Like the previous track, “Summer” plays the “I’m good in my skin” motif to an Alternative melody. With the lyrics, “Tried to give you summer, but I’m winter/Wish I could make you spring, but I fall so hard,” the band tries to find a happy medium to be together. Everybody has heard the old saying, “Sticks and Stones.” Alien Ant Farm grinds in with the silver-lined message that, although she says cutting words, he has learned that is the person he does not want to become.

The yang to the previous track is “Attitude,” and has a light Funk vibe with some island undertones as the group sings about misery loving company, but does it really? “Stranded” changes the musical feel yet again with a straight Metal tune. In this song, Mitchell takes the blame for the bad relationship. Breaking into Speed Metal, “Wish” is the perfect moshing piece with tasty riffs Alien Ant Farm can concoct while singing about the diva’s bloated ego, and how the fall will come if they do not keep their heads. Then, the band changes again with “Calico,” alternating between a plucky riff and full on strumming. In this track, the band sings of the lofty dreamer, who is really all over the place, and does not really get things done, so Mitchell sings, “Just make it real.”  With “Happy Death Day,” Alien Ant Farm prove they can tackle slower songs…even if they are AAF skewed.  This bluesy piece of fun has a bit of a retro flavor while the lyrics talk about a toxic relationship that can only lead to death.

Tucked in toward the end of ANThology was their quirky cover of “Smooth Criminal,” the last track off Michael Jackson’s 1987 Bad album. It ranged from two to thirteen on four US charts on initial release. Alien Ant Farm did their rendition in 2001 by fan request. As gig warm ups, the band would tune up playing the first couple chords. Fans would want to hear the rest, so it landed on ANTholgy in a rocked out rendition that made the top spot on the U.S. Billboard Modern Rock Tracks. Like Jackson’s, it had a video made for it that had bits from Jackson’s other videos, even including Jackson’s pet chimp, Bubbles. As the lead single off the album, it put Alien Ant Farm on the map in a big way, as it lit up radio station requests across the country. Then, ANThology’s finale, “Universe,” has a driving bass guitar melody, giving an urgency to the story of past indiscretions coming back to haunt.

While Alien Ant Farm has not attained the commercial success they achieved with ANThology, they still hold a strong place in Alternative Rock, having put out four studio albums since, including their impressive comeback in 2015, Always and Forever. The band still sell out clubs and still garner tremendous fanfare for their unique brand of Rock. In fact, they remain on the road in 2016 with shows that include an appearance on Download Festival in England June 10th.

As for ANThology, it was a candid look at society and the music business. The album is popular with masses, and some may ask the question, “What was the secret to its success?” That is easily answered, it was based on the band’s ability to meld heartfelt lyrics on a given track, then, turn around on another track with quirky lyrics while simultaneously melding genres seamlessly with melodic and searing tunes. Also, the genius move to Michael Jackson’s “Smooth Criminal” with accompanying video helped audiences quickly identify with the band. There is no doubt the collection of songs is a signature of the band’s legacy, and ANThology will be digging its way into people’s’ heart for years to come. 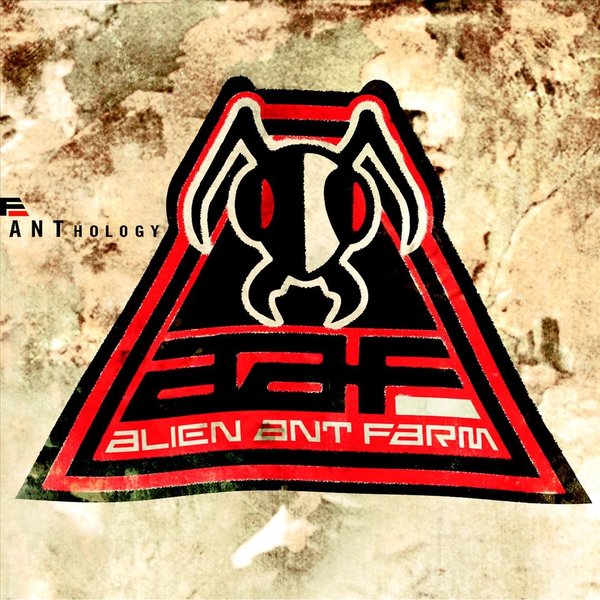