The Alien franchise has been on a rough ride for far longer than it has enjoyed critical and commercial praise at this point. After 1986’s Aliens, things went downhill fast and only have some semblance of purpose since original Director Ridley Scott (Blade Runner 1982, Gladiator 2000) was brought back on board for 2012’s Prometheus.

With the series firmly in the hands of Scott once again, the newest installment, Alien: Covenant, is a film where fans can get a much better sense of where the franchise is heading than its predecessor. If viewers go in expecting a sequel to Prometheus and not Aliens, which it is, they will see there is a good story here with plenty of Sci-Fi adventure, a strong cast, and some truly scary moments the likes of which the series has been lacking for some time. In a way, it feels like both a sequel and a new start, and is a good metric for viewers to use to see if they want more. 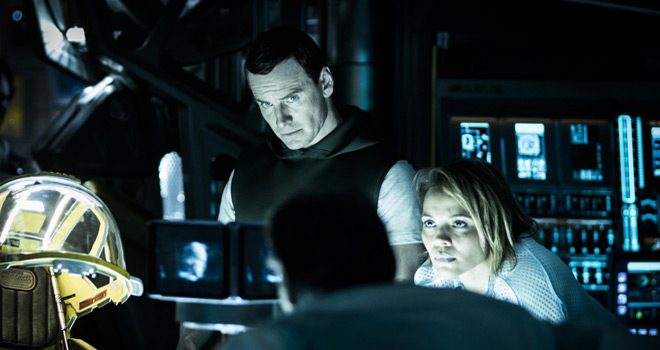 Released in theaters on Friday, May 19, 2017 via 20th Century Fox, Alien: Covenant is set 15 years after the events of Prometheus. Alien: Covenant begins aboard the massive colonization ship Covenant, which is in route to a remote planet carrying 2000 sleeping colonists, 1,000 human embryos, and a crew of roughly a dozen. Included in the crew is of course, an android, this one named Walter, played by Michael Fassbender (X-Men: First Class 2011, Inglourious Basterds 2009), who pulls double duty by also reprising his role as David.

Tragedy strikes early, as a natural space disaster hits the ship and causes massive structural damage as well as the loss of the lives of some colonists and the Captain, whose pod malfunctions. His widow is Daniels, played by Katherine Waterston (Glass Chin 2014, Fantastic Beasts and Where to Find Them 2016) and is the protagonist of the film. She is smart, capable, and displays great mental toughness by soldiering through in the face of such loss. Unfortunately, command is in the hands of first mate Oram, played by Billy Crudup (Almost Famous 2000, Watchmen 2009). The acting commander is not an ideal leader and stubbornly veers off course to respond to an inexplicable distress signal, which happens to be the current whereabouts of David, the sole surviving member of the ill-fated Prometheus.

Alien: Covenant manages to pack some action and a good amount of thrills without being too reliant on the xenomorphs themselves, such as they are. The mysterious, gene-morphing black substance, which acts as a sort of primordial ooze for xenomorphic infection, is in lots of places on this planet, including completely inconspicuous flora. Through no particular fault of their own, team members are infected with the substance in spore form, with fatal consequences for both infected and teammates. The basics of how the infection works were understood in the previous movie, but most of the knowledge is solely guarded by David, who has spent the past 15 years using his vast intellect and curious nature, experimenting with the substance and reengineering it to easier control. 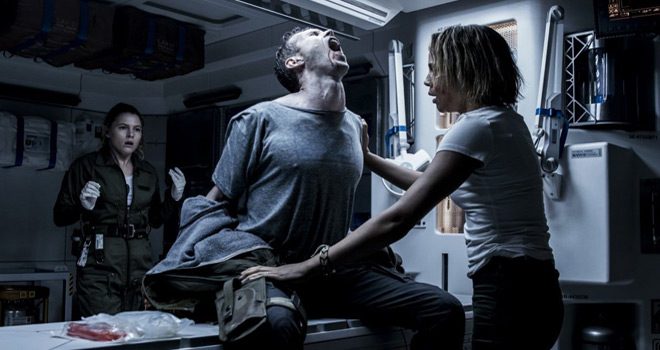 David serves as the antagonist of the film and is once again the most compelling character in the movie. The first of his kind, built by Peter Weyland, David has all the capacity for intellect and information that any android would, but also a strong sense of will and self, leading him to develop human traits such as jealousy, bitterness, and revenge. He believes, quite correctly, that he is a superior life form and develops ambitions to match such a grandiose sense of existence. The interaction between him and the more robot-like Walter is excellent, and emphasizes David’s more human traits. As a non-organic lifeform, he does have some sense of loyalty and morals, but they are far from human, and he remains a cold, calculated being who has no respect for organic life, and will use it with a frightening level of disregard. This really is his movie, and his character arc from the first film is well written and cements him as the best villain of the series, perhaps even more than the xenomorphs themselves.

The supporting cast is mostly good and includes Danny McBride (Pineapple Express 2008, Eastbound and Down series) turning in a solid performance outside of his usual comic roles, as well as Demian Bichir (The Hateful Eight 2015, Che, 2008) and Carmen Ejogo (Selma 2014, The Purge: Anarchy 2014). One of the only glaring mistakes the film makes, similar to Prometheus, is having characters make profoundly stupid decisions, albeit under high stress. The kind that happen in this are usually meant for throwaway characters in bad Horror films, but it does not gel well with this movie at all. Not one, but two characters are guilty of this, and although it is just a way to move the story along, some better choices definitely could have been made in that area. Overall, this crew has some likable characters on it, but is not anywhere near as memorable or effective as those of the Nostromo and Sulaco. 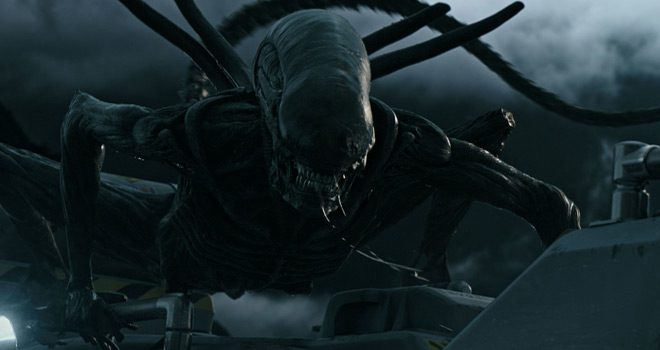 The Alien franchise is at a critical point at the moment. After being off the rails for years, Ridley Scott, in a move that had long time fans cheering, decided to helm the ship once again in an attempt to set things right. The studio interference that caused Prometheus to be as divisive as it is has been well documented, but those times appear to be over. Scott has a vision for the story, and is committed to seeing the rest of it out. It is important to keep that in mind when seeing this – that this is the second movie in a prequel series that knows where it is going.

Those who were only somewhat happy with Prometheus should absolutely see this and determine if they are on board with the rest of the ride. Those who hated Prometheus likely will not find much to praise here, but they ought to try because a clearer picture of the future has developed with a great character at the center of it all. CrypticRock gives Alien: Covenant 3.5 out of 5 stars. 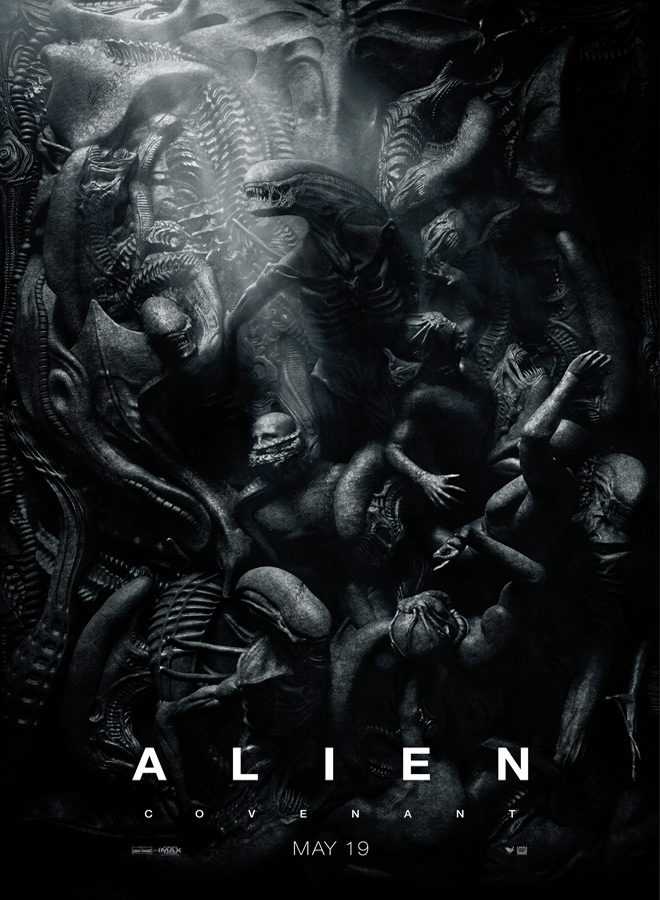