Among all movie fans, when the question of what is the greatest sequel of all time is asked, there are a handful of titles that will come up between most; 1974’s The Godfather Part II, 1980’s The Empire Strikes Back, 1982’s Star Trek II: The Wrath of Khan, and 1991’s Terminator 2: Judgement Day, to name a few. All of these films accomplish what a sequel is supposed to; build upon the original material, expand the world, and give audience’s a broader scope. They deal logically with the consequences, direct or indirect, of the actions the characters took in the first movie, and they introduce fresh elements and obstacles, all while keeping the long term story together. Truly, a good case can be made that any of these are the best sequel of all time, but there is another film in that same company which many would call the greatest ever, and that of course is James Cameron’s 1986 masterpiece, Aliens. 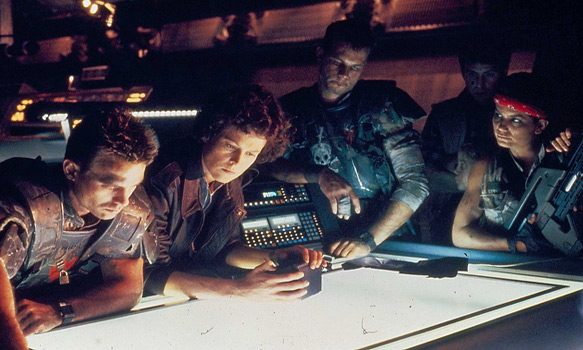 Released on July 18th, 1986 to resounding box office success as well as critical and fan acclaim, one would be remiss not to take a look back and reflect on the many ways Aliens has impacted Pop culture over the past thirty years. Not only did this movie do everything a sequel ought to, its influence is so great that it has permeated several genres of entertainment for decades, and continues to do so today. Chances are, if anyone is into video games, Comics, Science Fiction, or any number of the other pieces that make up the kaleidoscope that is nerd culture, they have seen something that is influenced by Aliens.

Coming off of the wildly popular Ridley Scott classic, 1979’s Alien, which stands the test of time as both a great Sci-Fi and great Horror film, Cameron’s sequel takes us back to the dreaded moon LV-426, where the crew of the doomed Nostromo first encountered the alien eggs in the original. Since the events in the first film, 57 years have past. Ripley, the heroine of the franchise, was in cryo stasis for that entire duration, and has now been woke and asked to accompany a squad of space marines and a representative from the evil Weyland-Yutani corporation to that same place. A terraforming colony had been established there, and since losing all contact with them, the corporation decides to investigate. Thus begins one of the greatest rides in film history, as Cameron masterfully takes us on a highly intense, exceedingly exhilarating journey whose numerous accolades and celebrated style remain the standard in space faring action.

Not the least of these accolades in the archetype of the space marine. While this film did not invent them (they can be traced back to early 20th century Amazing Stories magazines and novels by great writers like E.E. Smith and Robert Heinlein), Aliens certainly popularized them. The power armor, pulse rifles, power loaders, and helmet cams are all iconic aspects that have found their way into numerous other works of art. Their popularity could not be possible if it were simply about aesthetics though. The actors are all fantastic, and fans will recognize many of Cameron’s past and future regulars such as Bill Paxton (Twister 1996, Frailty 2001), Michael Biehn (The Abyss 1989, Tombstone 1993), Lance Henriksen (Near Dark 1987, Aliens 3 1992), and Jenette Goldstein (Near Dark 1987, Lethal Weapon 2 1989). 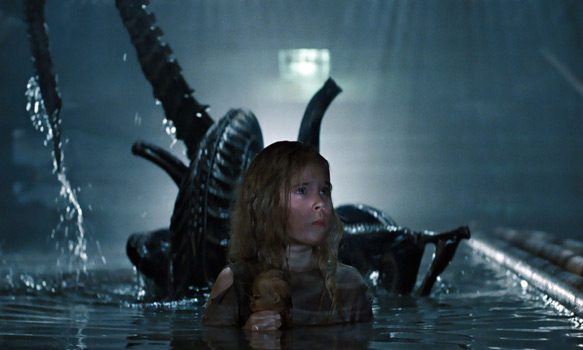 The script, penned by Cameron, gives each of them their own unique personality; the by-the-book hero, Hicks (Biehn); the exuberant and emotionally charged Hudson (Paxton); and the intense, tough as nails female soldier, Vasquez (Goldstein). Even the minor Marines who do not have much screen time are memorable, and their loss means something. Overall, the popularity of Space Marines can largely be traced back to this amazing film. Games like Starcraft and Warhammer would not be here without it, nor would movie studios take risks on something like 1997’s Starship Troopers, which is little known outside of the Sci-Fi community, without Aliens first bringing Space Marines into the mainstream.

Another lasting influence is of course the Aliens themselves. The first Alien introduced us to the iconic design by H.R Giger. That film was a different sort of movie, and the way the first xenomorph was portrayed reflected that tone. Here, Cameron takes it to the next level, and we get not one but countless xenomorphs. This does little to nothing to water down the implacability of the individuals, for though the Marine’s heavy weaponry and advanced tech do let them kill the creatures much easier than the first crew could, the xenomorphs are still a threat of the highest caliber, and their quick reflexes, intelligence, acidic blood, and incredible physical strength all come into play at the expense of our heroes.

Cameron himself said that his focus on this project was to make it “more Thriller and less Horror,” a very important distinction, than the first film. Showing the aliens as the insect-like colony that the first film only alluded to, Aliens gives us the full look behind the curtain of these most terrifying creatures, and perhaps that natural evolution in storytelling that demanded that this film not be a slow-burn Thriller, but a roller coaster of action that no other Space Action movie has topped in thirty years. Just as this movie put Space Marines on the map, it put their enemies as well, and we see various forms of alien enemies displaying  traits that the xenomorphs do across most stories containing Space Marines.

No discussion of this film would be complete without mentioning the series protagonist, Ellen Ripley. Sigourney Weaver is absolutely perfect in this as the heroine who meets her challenges head-on with all the intensity and bravery even the staunchest of male heroes can muster. Audiences connected to Ripley not just for this, but because she is a sympathetic character who literally slept through her daughter’s entire life and death. 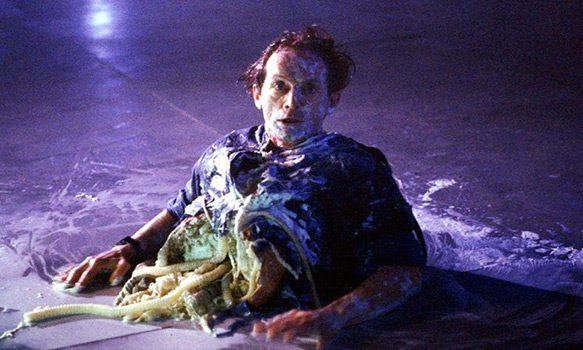 Building upon this, viewers see her from a mother-daughter relationship with the colony’s lone survivor, Newt, who herself is traumatized. The two bond early on and we see Ripley’s aggressive maternal side when she has to protect Newt from the Xenomorphs. The climax of the movie, when Ripley walks into the alien queen’s lair itself to rescue Newt, remains one of the most badass acts taken by any Action hero ever.

This was a clash between two alpha females, Ripley and the Queen, and is a landmark scene not just for Sci-Fi films but for females in Action movies. If there were any doubters that a female lead can be as compelling and effective as any male in an action film, this performance put them to rest forever. Sci-Fi prides itself on being able to explore themes or inequality, racism, and sexism in ways that other genres have a harder time doing, and Aliens accomplished so much for gender equality that it is now perfectly normal to have a female lead in Sci-Fi and Action films, although it could be more frequent.

Sigourney Weaver’s (Ghostbusters 1984, Avatar 2009) amazing performance was nominated for an academy award for Best Actress. Take a moment to think about that. A woman, who starred in a Sci-Fi action film, in 1986, was nominated for the top prize in acting. Even though she did not win, the recognition is still an amazing accomplishment. It is a rare thing even today, and the fact that she broke that barrier thirty years ago is yet another testament to the impact of this film.

In regards to commercial success, Aliens was hugely a hit at the box office, taking in over 85 million domestically and over 183 million worldwide on a production budget of 17 million. Only the original film has a higher domestic margin, and although 2012’s Prometheus pulled in a larger worldwide gross, it barely broke even at home and received average to poor reviews from critics and fans. Despite the success of the original film, studio executives were hesitant to invest in a sequel. What got their attention was Cameron’s script for a film he was working on called 1984’s The Terminator that made them think he was the right man for the job, and the rest as they say, is history.

Since then, the franchise has spawned two more direct sequels, two offshoot Aliens vs Predator films, and a prequel that nobody in the studio wanted to call an official installment, Prometheus, all to varying degrees of reception. Most fans would likely tell you that the franchise has never risen the way they hoped since, but that all may change when in 2017, in a move that seems to have come as a divine blessing for fans, original film Director Sir Ridley Scott returns to the franchise to helm Alien: Covenant. 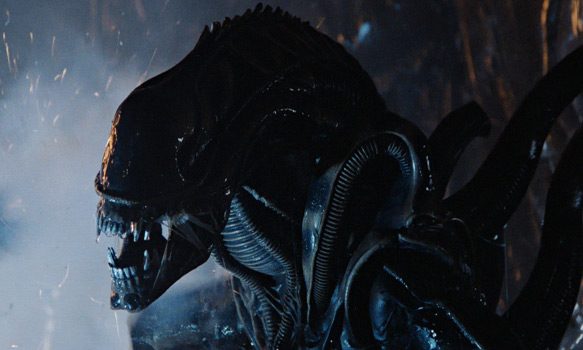 Dedicated fans will all be watching eagerly to see if the new installment gets the series back on track, but the fact is that none of the films afterward have come close to enjoying the love that the fans have for Aliens. It is this film, not its predecessor, that established Aliens as a franchise. We can debate the quality of the later films and the direction the franchise has taken since, but there is no doubt that it is Cameron’s movie that was the peak of this series.

Now 30 years old, Aliens remains the pinnacle of not just the Alien franchise, but the entire Sci-Fi genre. The influence of this film across movies, books, games, animation, and more is so vast that it is difficult to measure. Without it, the childhood and teenage years, and subsequent adult interests of countless people would not be the same. Nerd culture itself would not be the same. Very few movies have accomplished what Aliens has, and that is why it is not only the best Sci-Fi Action movie of all time, it is the greatest sequel of all time. 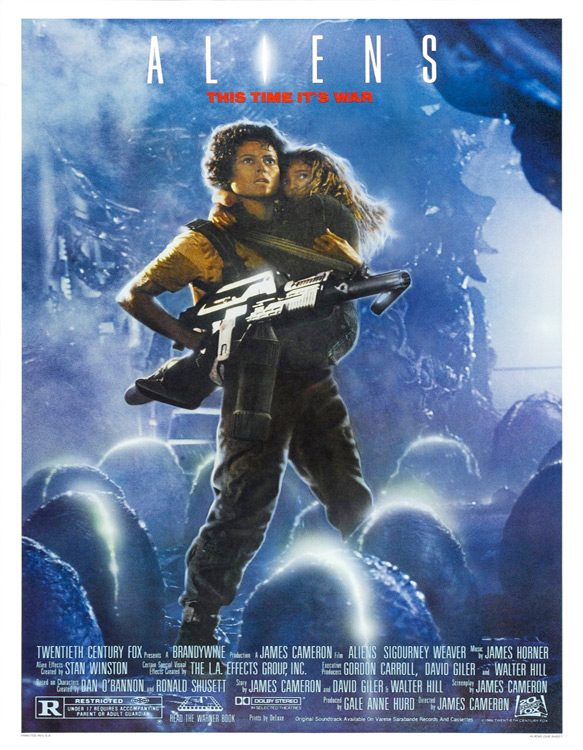