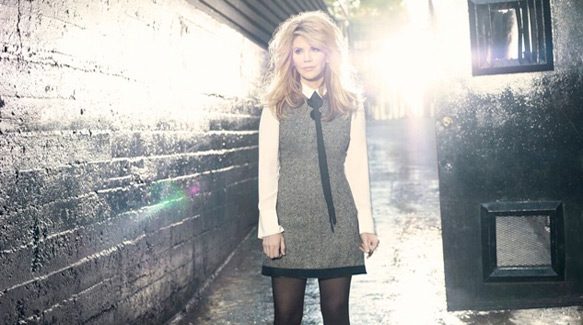 A performer many consider the goddess of Bluegrass, Alison Krauss began her journey into music quite young. First attracted to music while only a small child, Krauss first studied classical violin before soon shifting over to Bluegrass. Showing much promise and passion for it, she went on to independently release her debut, Different Strokes, back in 1985 at only fourteen years of age.

A seasoned musician, since her teenage years, Krauss has pumped out fourteen studio albums, including those with her band Union Station, earning forty-two Grammy nominations and taking home twenty-seven of them. Now Country music’s girl-next-door is back, ready to release Windy City on February 17th via Capitol Records. Her first solo record since 1999’s Forget About It, Windy City also marks her first studio recording since Union Station’s 2011 effort, Paper Airplane. Now a grown adult, it seems Krauss still wants to break a few hearts, all while challenging angels above for the title of most heavenly voice.

Produced by Buddy Cannon, Windy City is comprised of ten well-chosen covers that fit within the theme of love. It all begins with Brenda Lee’s “Losing You” taking pole position on the album. It is a song which reached #2 on the charts for Lee back in 1963, some eight years before Krauss was born. A classic break-up track, it wrenches hearts while Krauss delivers the stirring emotions perfectly with just the right proportion of sentimentality and sweetness. Furthermore, the musicianship is flawless, and even the guitar solo tugs at the heartstrings.

Released originally in 1979 by The Osborne Brothers and Mac Wiseman, “It’s Goodbye & So Long To You” is a cheery, up-tempo song that will have many listeners swinging their hips. A New Orleans Jazz breakdown brings the song to a close in a party fashion; this is a break-up song with a happy vibe. Then comes title-track “Windy City,” another original by The Osborne Brothers. Making it her own, it is a song that accuses Chicago of seducing her man; unable to compete with bars and bright lights, despite the cold. Here, Krauss is desolate and there is a mournful quality felt throughout.

Moving on, Willie Nelson’s “I Never Cared For You” is a hauntingly beautiful melody that is underpinned by a hypnotic double bass line. One of the highlights of the album, it is followed by Roger Miller’s “River In The Rain.” Presented as a soulful ballad full of imagery and symbolism, it is seeped in tenderness while delicate guitar work picks its way through the deeper piano tones. This is before “Dream Of Me,” originally performed by Vern Gosdin and co-written by Cannon, a typical ‘life on the road’ love song. First released in 1981, it hit #7 in the charts for The Oak Ridge Boys and again, Krauss makes it her own.

Honoring Country legend Glen Campbell, next comes “Gentle On My Mind,” pure delight with a captivating rhythm and more layers than an English Trifle. On any other album, it might be a stand out song, but here, it fits snuggly in among the rest. Returning to Brenda Lee, “All Alone Am I” is a song filled with loneliness and pangs of unrequited love. With the feel of a jig at a Country dance, “Poison Love,” first done by Bill Monroe, sways and flourishes. Possessing a real southern Folk vibe, Krauss delivers it with energy and verve. Lastly, there is “‘You Don’t Know Me,” an Eddy Arnold song first appearing back in 1956, but has been recorded by many artists including Ray Charles, Elvis, and Diana Krall. It is a fitting end to the album; Krauss projects a Sunday Morning feel, relaxed and chilled.

With Windy City being a covers album, obviously none of the songs are new. Some are more widely known than others, but all are superb examples of Country classics. What is new though is Krauss’ interpretation of them, performing each with raw emotion and transparency. Her talents add a wholesome, innocent quality, simply beautified and perfected, with feeling poured into every note. With every song comes the right mix of slide guitar, fiddle, piano, and banjo, proving that the grass is always bluer when you add a little Krauss. CrypticRock gives Windy City 5 out of 5 stars. 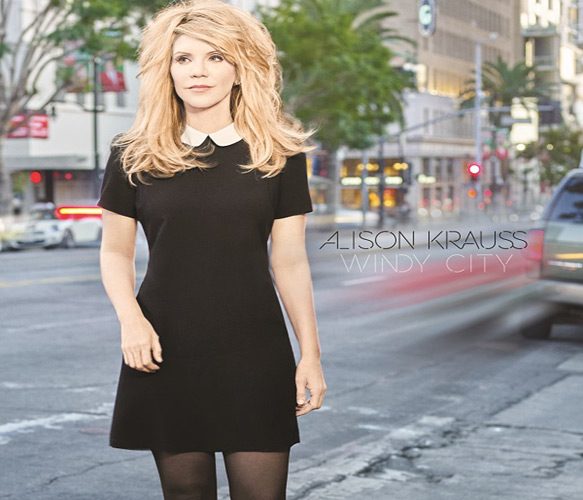