All Hail The Yeti – Screams From A Black Wilderness (Album Review)

May 2, 2016 All Hail The Yeti – Screams From A Black Wilderness (Album Review) 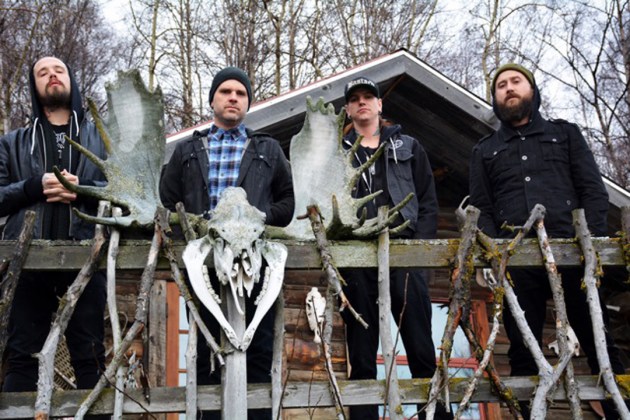 Stemming from the roots of anger and independence, All Hail The Yeti is surely the antithesis of a little Rock band. Forming about ten years ago in their hometown of Los Angeles, California, this Metal ensemble took each of their talents and put them to work. With nothing but an idea and hopes, current members Connor Garritty (vocals), Nick Diltz (bass), Ryan “Junior” Kittlitz (drums), Alan Stokes (guitars) are still carrying on to this day. From putting out their first work, 2010’s Trees On Fire With Songs Of Blood EP, to releasing their self-titled, debut, full-length album only two years later, it is clear to see the dedication within the group. Not only has the feedback been positive, but the group is reining in even more listeners. All Hail The Yeti is anchoring a major accomplishment for being self-produced their first records while still striving for greatness and accomplishing their goals. In the past, the band has toured with successes such as Escape The Fate, Motionless In White, and Butcher Babies, but now plans on kicking off 2016 with a bang.

After careful deliberation with forming a new lineup, the group, now fully at its peak, spent years of touring, and writing their new full-length record, Screams From A Black Wilderness, released April 8th via their new label Minus Head Records. The songs concentrate on specific aspects of horror, each telling their own sick story. Produced by Matt Hyde (Deftones, Slayer, and Soulfly), some may say All Hail The Yeti has finally come together, mentally and musically, to create their best possible versions of these haunting tales.

Advancing themselves further than they have ever before, All Hail The Yeti’s Screams From A Black Wilderness kicks off with the chilling piece “Before The Flames.” This track gives us an eerie introduction featuring piano and children’s voices. Jumping into a mysterious and complex signature sound, All Hail The Yeti truly embraces their hostility. Next comes a tune just as haunting as the first. “Plague Dance” is upbeat and embodies Heavy Metal at its finest. Switching between grueling screams and lighter vocals, this variety showcases their musical talent and range.

Taking a step further in their sound, “Let The Night Roar” is more intense and invigorating, vocally, lyrically, and instrumentally. This song gives deeper meaning to All Hail The Yeti, while warranting its place on the album. Moving forward to “Mr. Murder,” which features 36 Crazyfists’ Brock Lindow, this is a track that will fully engage the audience. With grotesque vocals and orchestration, this song will leave listeners intrigued for the songs that have yet to come. Following the setup of the songs before ,“Lady Of The Night” gives listeners more to look forward to.

Continuing with Screams From A Black Wilderness, “Witch Is Dead,” while still heavy and moderate, lives up to the hype of the album. With an impressive guitar solo and lighter vocals, this track clearly shows the improvement made from past albums. “Daughter Of The Morning Star,” a catchy and introspective delight, highlights growling vocals and interesting orchestration. While easily surpassing their last album, this track shows the roots of All Hail The Yeti.

Starting off with a unique guitar riff, “Sun Will Never Set” pools listeners toward them. While keeping their Metal sound, this track is truly emotive and heavy. If they could not get any heavier before, All Hail The Yeti certainly have for “Fall Of Core;” a song that touches on destruction and truly entertaining musical choices. Starting out similar to most, “Breaking On The Wheel” is another track that grips listeners instantly. Sticking with their strong vocals and orchestration, this track is dynamic and surprising to all Metal listeners alike.

With a catchy guitar introduction, “Nemesis Queen” demands attention. From start to finish, this track is innovating and raises the bar for upcoming music. Shifting the tone a bit, “Angel’s Envy” starts out slow and melodic. With occasional spoken verses and a combination of harmonies, both vocally and instrumentally, this piece will definitely keep listeners happy. “0,” an interesting and unique way to close off an album, this track is anything but “just another song.” Without lyrics or instrumentation, this track showcases the sounds of nature (wildlife and flowing water), with spoken vocals towards the end, giving a distinctive attribute to close out Screams From A Black Wilderness.

Captivating the minds of Metal and Horror fans alike, All Hail The Yeti has done it again. With their bone chilling stories and downright gruesome music, any Metal fan would be stoked to have a copy of Screams From A Black Wilderness on their shelf. CrypticRock gives All Hail The Yeti’s thrilling record 3.5 out of 5 stars. 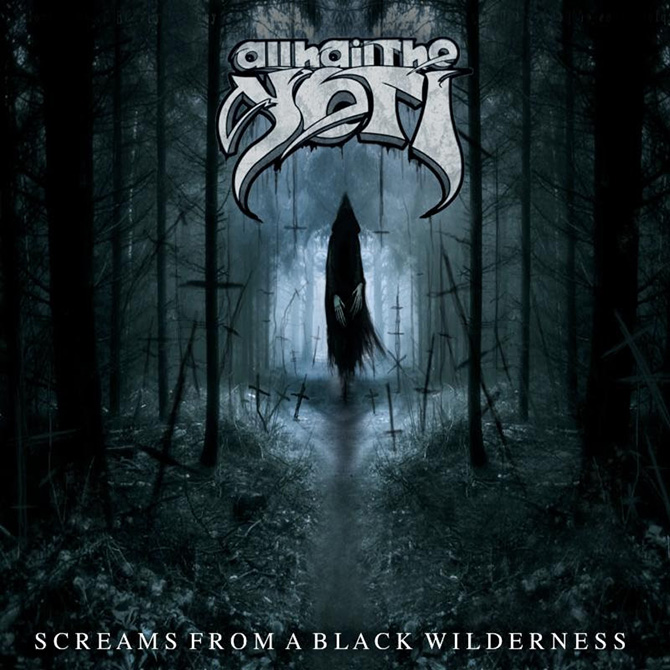