All That Remains – The Order of Things (Album review) 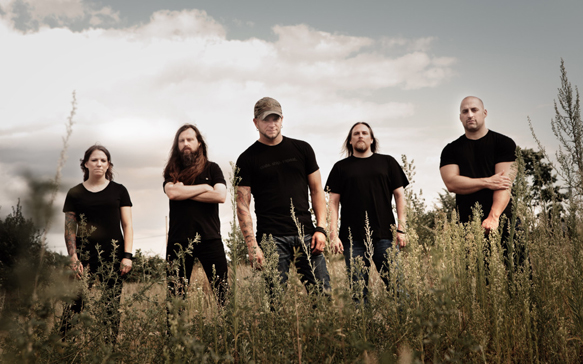 It has been three years since Heavy Metal band All That Remains released A War you Cannot Win, but now they are back with a brand new album, The Order of Things. Formed in 2000, the Springfield, Massachusetts based band has released seven studio albums and a live CD/DVD, and they have sold over a million records worldwide. The group consists of vocalist Philip Labonte, guitarists Oli Herbert and Mike Martin, bassist Jeanne Sagan, and former Diecast drummer Jason Costa, with Labonte and Herbert being the only two original members. Released on February 24, 2015 on Razor & Tie Records, The Order of Things is the band’s seventh studio album, but it is the first of their releases to be produced and lyrically co-written by Josh Wilbur.

“This Probably Won’t End Well” is the first track on the album, and with a bit of piano before the heavier-sounding guitars kick in, this song eases the listener in. Steadily growing heavier, All That Remains continue with “No Knock, ” a song with heavy guitars, shouted vocals, and driving rhythms. This song definitely kicks up the energy and gets the listener moving. “Divide” is more Rock than Heavy Metal, and with a catchy melody and Sagan and Labonte vocals combining in the chorus, this song is meant to get stuck in the listener’s head. Following “Divide” is “The Greatest Generation,” which is a catchy song with pounding rhythms, heavy guitar riffs, and fast melodies. “The Greatest Generation” has an easygoing chorus that the listener can easily shout along to, and it is also likely to inspire some jumping around — at the very least , the listener will feel his or her leg muscles twitch. “For You” is the ballad on the album. It starts out with an acoustic guitar melody, then merges into a slow verse until it reaches a deep bridge that leads to the chorus. Labonte’s profound lyrics, backed up by Sagan’s clear and emotional voice, add heartbreak and heaviness to the song. Simply put, “For You” is a beautiful track.

With a double kick on the drums and shredding guitars, “A Reason For Me To Fight” comes at the listener like thunder rolling in. On “Victory Lap,” which is also more of a Rock tune, All That Remains are easier on their instruments giving the listener time to recharge before the Heavy Metal hits again. The listener does not have to wait for long, as “Pernicious” ramps up the energy with a powerful melody. Throughout the song, All That Remains shred as Labonte alternates between shouting and singing. On “Bite My Tongue,” the guitars are more prominent than the drums, and the song includes a guitar jam with a clean, electric sound — no distortions or effects. “Fiat Empire” has a big sound and features slow and thoughtful moments between the loud choruses. “Tru-Kvlt-Metal” is the final sprint for Metal on The Order Of Things. With its shouted vocals and heavy guitars and drums, this song is relentless and unleashes its Heavy Metal energy with the power of gunfire. Clocking in at seven minutes, “Criticism And Self Realization” is the longest track on the album. The song is split into two parts. Starting off fast and heavy part, it gradually mellows into a piano melody, and then ceases entirely, ending the album on a calm note.

All That Remains have gifted their fans with yet another thrilling, catchy Rock album that will take residence on playlists for a long, long time. Full of energy, the songs are sure to get feet tapping and listeners still humming the melodies long after the album is over. The empowering vocals are meant to be sung along to, and even though some songs on this album are not as heavy as older All That Remains releases, the album will please fans. The Order of Things is a masterpiece and a must have for all Rock fans. CrypticRock gives this album 4.5 out of 5 stars. 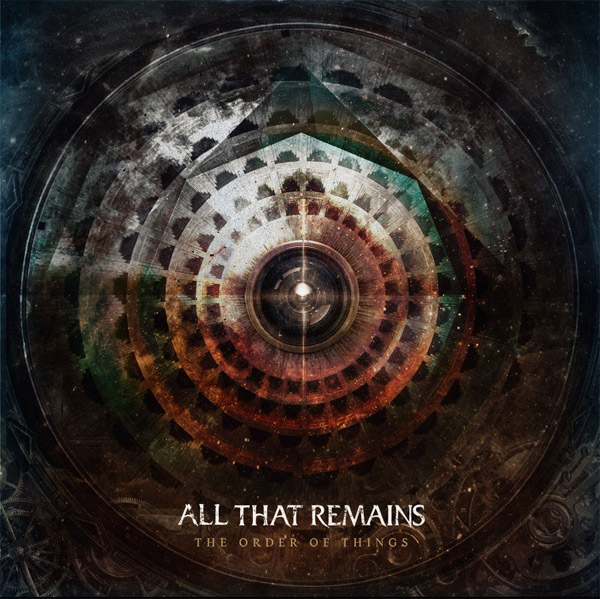 Album review, All That Remains, The Order Of Things
Print page
0 Likes