Life as a bike courier can be fast-paced and dangerous. Such is the case of Ian Bonhote feature film, directorial debut, Alleycats. Debuting at the East End Film Festival back on June 23, 2016 in the UK, Alleycats is a fast-paced Thriller delving into the inner world of bike couriers. While sometimes a collaborative writing effort creates a messy script, Alleycats unites a winning combination of Anthea Anka, Max Kinnings, Simon Uttley, as well as Bonhote.

During the course of bike courier Chris’s (Josh Whitehouse: Northern Soul 2014, Mr. Burberry 2016) work day, he witnesses what he believes to be a murder involving a politician – Yates (John Hannah: The Mummy Returns 2001, Sliding Doors 1998). Chris uses a GoPro camera attached to his helmet to record his deliveries, and of course, he’s recorded the murder.

After fleeing the scene, instead of reporting it to the police, Chris and his fellow couriers and friends; Jake (Sam Keeley: Burnt 2015, In the Heart of the Sea 2015), Trix (Hera Hilmar: Anna Karenina 2012, Life in a Fishbowl 2014), Sid (Frederick Schmidt: Starred Up 2013, Snow in Paradise 2014), Pedro (Juan Cely: La Promesa 2013, The Infiltrator 2016), Will (Jordan Stephens: Last Vegas 2013, Shaun the Sheep movie 2015), and Gracie (Abigail Eames: The Interceptor 2015, Mr. Selfridge 2016) opt to blackmail Yates, a married man with kids, instead. Their plan goes ahead, and it is not until the arrival of Chris’ sister Danni (Eleanor Tomlinson: Jack and the Giant Slayer 2013, Poldark TV series), after being gone for some time, that any chinks appear in the group’s plan.

Upon Danni’s arrival, Sid and the others encourage her to take part in another Alley Cat race; which means riding their bikes through busy streets. All goes well until Chris turns a corner and is wiped out by a truck. His death stops the race and emotionally destroys Danni. Initially it seems to be bad luck, but it becomes apparent that Chris’ death was not an accident. This leads Danni to investigate, and she discovers the torrid blackmail saga. With this disclosure comes great danger and Danni is now on Yate’s and his hired killer’s (Virgile Bramly: Point Blank 2010, Inception 2010), radar. Most of the group is either killed or stays well away from the danger, but it does not stop Danni, or eventually Jake, despite his relationship with Trix.

She meets with the dead girl’s father, Redman (John Lynch: One of Us 2016, The Fall TV series), and together, along with Jake, they work on exposing Yate’s secret to the world before anyone else is killed. Danni falls deeper into the political underworld, with almost no one she can trust. But will she reveal the truth before she too is killed for it?

Alleycats is a tight, complex, and intriguing story, with plenty of twists and turns to keep the viewer guessing. Tomlinson does an outstanding job as lead, and her grief scenes are compelling, dragging the viewer into the pit of despair with her. The addition of more experienced actors Lynch and Hannah completes the outstanding acting. The special effects are seamless, in particular the scene when Chris is hit by the truck is sickeningly accurate. Likewise for the cinematography by Diego Rodriguez (XY. La revisit TV series, The Weekend Movie 2016), who utilizes a number of techniques from GoPro first person perspective to second and third person without compromising the quality of the scene or losing viewer. For a not widely known film, Alleycats may go under the radar, and if that happens, it would be a great shame. 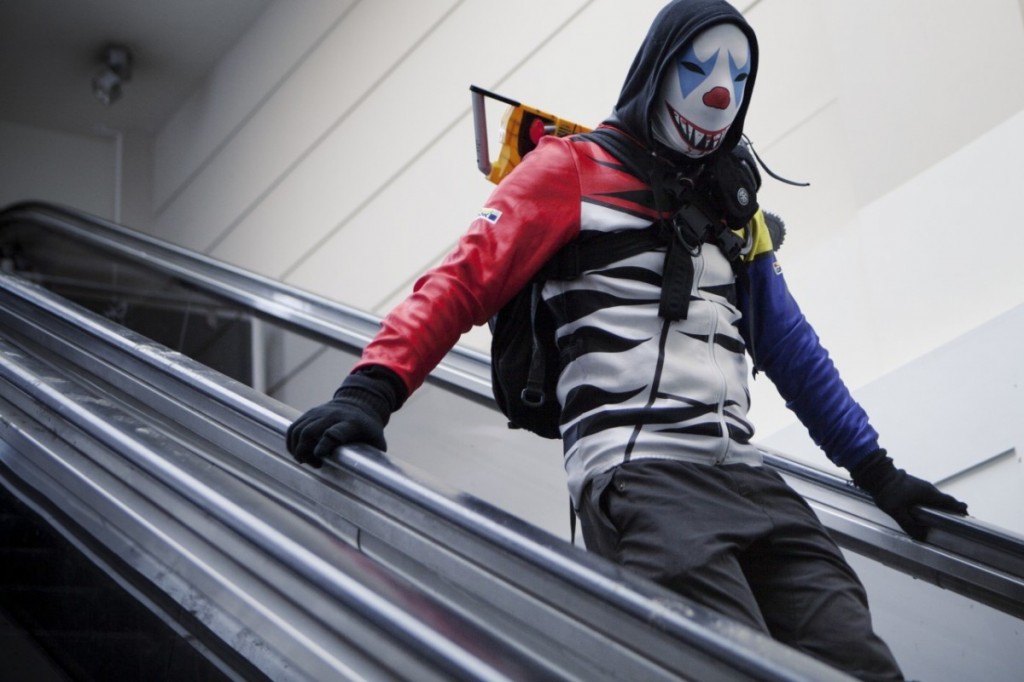 Overall, it is a fantastic Thriller, with little, if nothing, wrong with it. While being Bonhote’s debut feature, his vast experience working in commercial, music videos, and shorts has certainly paid off. This in mind, Alleycats is definitely a must watch for all fans of heart-racing cinema and great character development. Look out for a release domestically in the USA, but until then, CrypticRock gives Alleycats 5 out of 5 stars. 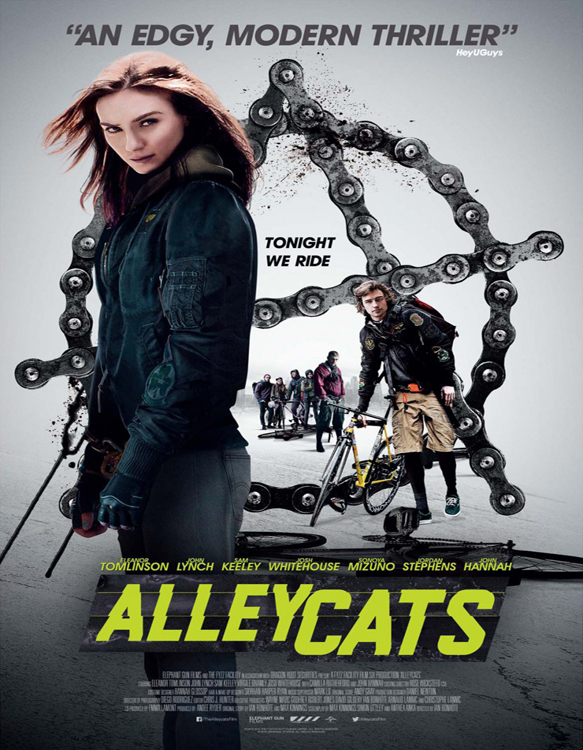