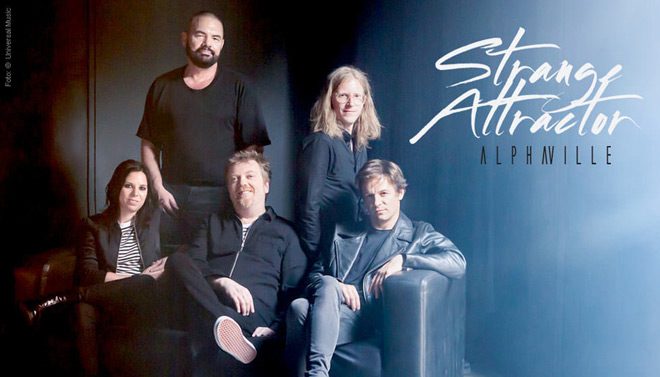 Arguably, many of its followers regard New Wave as the music of the forever young. This may seem a subjective sentiment; but on the other hand, it rings true also objectively because the sonic characteristics that best define the genre include catchiness, flare of melodies, quirky styling, romanticism, and eccentricity—qualities that are often attributed to the young, idealistic, and free. One band that has long served as a flagbearer of the genre is Alphaville, which has also provided the theme song for a generation of New Wave-loving, young-at-heart—“Forever Young.”

Formed in 1982, in Münster, Germany, Alphaville was in the forefront of New Wave/Synthpop music during the genre’s mid-’80s phase, alongside fellow synthesizer-oriented bands such as A Flock of Seagulls (“Space Age Love Song”), Depeche Mode (“Just Can’t Get Enough”), and a-ha (“Train of Thought”). After the release of its debut album, 1984’s Forever Young, Alphaville catapulted to commercial popularity with the strength of the songs “Big in Japan,” “Sounds Like a Melody,” and the now omni-popular title-track.

While the Pop leanings of the band immediately surfaced in the beginning, its flair for experimentation has also come to the fore as soon as the follow-ups—the Sci-Fi-themed Afternoons in Utopia and the lushly orchestrated The Breathtaking Blue—were unleashed in the remaining years of the 1980s. The ensuing decade saw Alphaville releasing another couple of albums, the jazzy and EDM-influenced Prostitute and the return-to-original-form Salvation, taking the sound of the band back to its catchier, simpler, and poppier roots.

It took many years for Alphaville to release something new after 1997’s Salvation, and it cam in the form of 2010’s studio album Catching Rays on Giant, whose sonic and lyrical direction simply followed the New Wave/Synthpop predisposition of its predecessor, to the delight of many of Alphaville’s longtime supporters.

Now, seven years from when they caught those rays on giant, whatever that means; and built a heaven on Earth, Alphaville—currently consists of founding member Marian Gold (vocals) with David Goodes (guitars), Jakob Kiersch (drums), Carsten Brocker (keyboards/synthesizer), and Alexandra Merl (bass)—is back with an album of new materials.

Released on April 7th in Europe and scheduled for release in the US May 5th of 2017, Strange Attractor is Alphaville’s seventh full-length. With the album’s stylistically diverse musicality, the forever youthful Gold with his new lineup of music conspirators is certainly revitalized to further expand his experimental musical tendencies. Strange Attractor opens with the eerie, slow, folky, Gothic predisposition of “Giants,” whose title harks back to the band’s last album.

After this Disintegration-influenced track, follows “Marionettes with Halos,” which is an interesting mix of Funk, Post-Punk, Synthpop, Trance, and Industrial; one may think of placing equal dashes of Prince (“Kiss”), PiL (“Seattle”), early The Human League (“Being Boiled”), Love and Rockets (“Ball of Confusion”), Machines of Loving Grace (“Butterfly Wings”), and Nine Inch Nails (“The Hand that Feeds”). Following next is a triumvirate of mid-tempo ballads whose aesthetics are more akin to the Alphaville melodrama that fans of the band are more familiar with—the dim-lit dance-floor-worthy “House of Ghosts;” the slower “Around the Universe,” which will remind the initiated of similar sky-soaring Sophisti-Pop excursions by a-ha (“Hunting High and Low”); and the piano-adorned, pulsating beat and undulating rhythm of the Progressive Pop “Enigma,” which will fit on a playlist that includes Ultravox’s “Vienna,” Howard Jones’s “Joy,” and Gary Kemp’s “Standing in Love.” Then there is the autotune experimentation and Middle Eastern flare and ambience of “Mafia Island.”

The nearly eight-minute epic “A Handful of Darkness” returns the listener to the aural and lyrical romance of Alphaville’s music—soothing and comforting, impressively engaging. “Sexyland” is a different kind of beast, a four-on-the-floor guitar-oriented Alternative Rocker where Gold’s voice cracks and soars like that of Brandon Flowers of The Killers (“Spaceman”). Another off-kilter is the ensuing surfy-sounding, Rockabilly-inspired stomper “Rendezvoyeur,” which recalls songs like The Polecats’ “Make a Circuit with Me,” The Screaming Blue Messiahs’ “55 the Law,” and even Tones on Tail’s “Go!”

The guitar-fuzzy and synth-drenched tracks “Nevermore” and “Fever!” are two more forays into the Synthpop/Industrial territory, which will certainly earn the nods of the likes of Al Jourgensen, Trent Reznor, and even Marilyn Manson—some of the enduring purveyors of this specific genre. Then there is “Heartbreak City,” where Gold’s combination of falsettos and baritones effectively complement the song’s funky and soulful R’n’B direction. Finally, Strange Attractor closes with the aptly slow, bluesy slides and strums of “Beyond the Laughing Sky.”

To those who stopped listening soon after getting smitten by Alphaville’s early hit singles during the German band’s ’80s heyday, Strange Attractor may come across as a mixbag of genre-defying tracks. However, anyone who has a broad musical mind and strong sense of attention and who is familiar with bandleader Gold’s musical trajectory—both with Alphaville and in his solo endeavors during Alphaville’s periods of inactivity, his new album released under the Alphaville moniker may be regarded as a natural progression or evolution, from the simple designs of his youthful wishes to the grand ambitions of his latter musical adventures.

Ultimately, Strange Attractor is a take-it-or-leave-it gold moment. After all, for an artist who has been operating with an array of sonispheric colors and hues for thirty-five years now, there is really nothing more to defy. Gold is simply making music the way he feels like it, and listeners should just welcome this and enjoy the enigmatic carpet ride with a brilliant steerer at the helm. CrypticRock gives it 4 out of 5 stars. 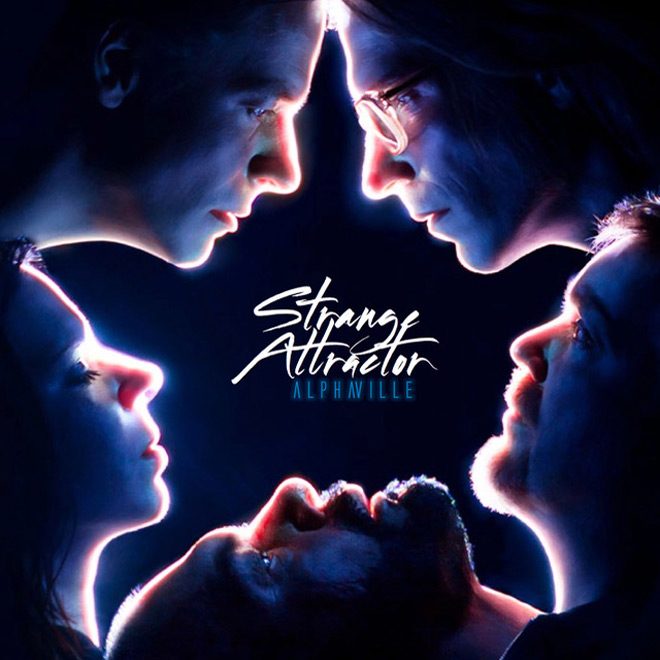