If you go into the woods today prepare for a big surprise or so goes Anne Murray’s children’s song “Teddy Bear’s Picnic.” Set in the Sierra Nevadas, the latest Horror movie, Altar, tells the tale of former college friends who meet up for a camping trip not realizing it will be the last time they see each other. Attaining awards at film festivals and following a limited theatrical release, Altar became available on iTunes, Amazon, Google Play, Xbox, PlayStation Network, as well as on Hulu as of July 1, 2017. Written and directed by Matt Sconce (Reputation 2011, Firefall: An Epic Family Adventure 2012), Altar is told via found footage from two different character’s perspectives. 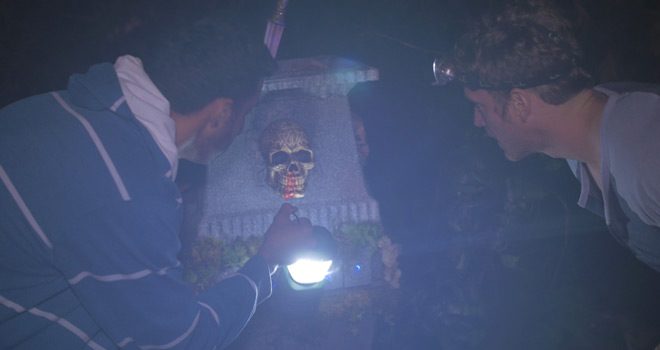 Beginning with a pre-title sequence, it shows the demise of two newlyweds on their honeymoon while exploring in some woods, despite being warned against it by a mysterious man carrying an axe. After the loss of their parents, Maisy Marks (Stefanie Estes: Nothing Like the Sun 2017, Bethany 2017) and her college-bound brother Bo (Jesse Parr: debut film), an aspiring filmmaker, join her and her former college friends for a camping trip in the Sierra Nevadas.

Maisy and Bo travel in the car with Chelsea Rich (Brittany Falardeau: The Guest 2014, Criminal Minds 2015), Ravi Dara (Deep Rai: Brooklyn Nine-Nine 2016, Pitch Perfect 3 2017), Pamela Kensington (Jessica Strand: Ribbons 2016, Feelings 2017), and Asher James (Cardinal Matter 2016, Lost in the Pacific 2016) on route to the mutual camping grounds. Along the way the car dies and the group are forced to wait beside the road before it starts again.

After checking on them and ensuring the group are okay, their other friends go on ahead. This group of friends hang-out together while they wait and reacquaint with each other, and Bo gets to know Maisy’s friends better but still feels like a young kid and out of place. The car eventually restarts and during the trip they see a man with an axe on the side of the road, one they collectively nickname ‘The Ripper’ (Michael Wainwright: Maternal Instincts 2016, Lake of Shadows 2017). 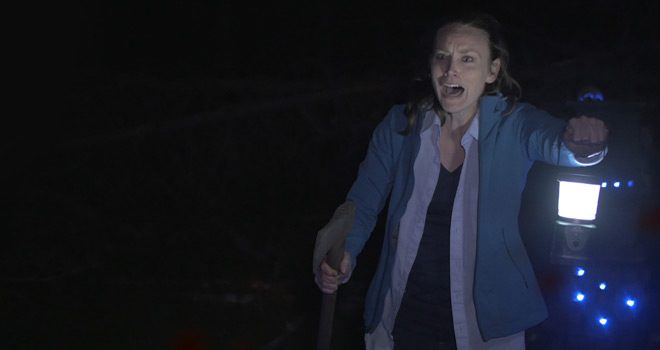 Meanwhile, Ravi drives for what seems like hours while he and his group still have not found their friends or the right campsite. Maisy, Bo, Chelsea, Ravi, Pamela and Asher stop and ask for directions from campers David Phillips (Master Dave Johnson: Roadside Massacre 2012, Romance 2013), and his wife Stephanie (Catherine Wilcox: State of Consciousness 2016). Discovering they are three to four hours away from where they should be, rather than continue driving, the group opts to camp for the night, taking the Phillips’ up on a generous offer of food and support.

From there they have a relatively peaceful day and night, but due to further issues, end up staying a little longer which leads to their ultimate fate. Being so off course the group are unaware they are in an unholy place and will soon fight for their lives from The Ripper. 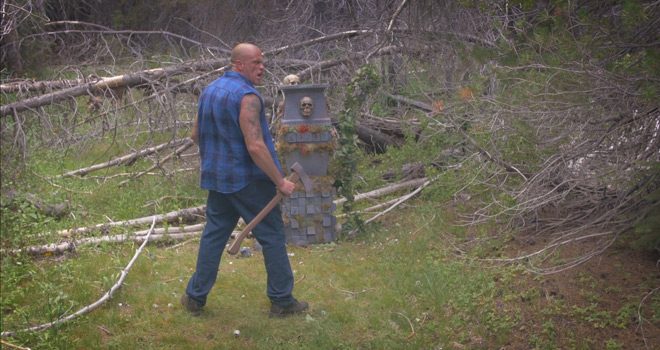 As mentioned briefly, Altar picked up close to two dozen awards on the festival circuit since its premiere at the Northern Virginia International Film Festival. The awards include four for Best Feature, 2 Best Actress Awards for Estes and 2 for Best Director for Sconce. However, from a viewer’s perspective, the success of a Horror movie comes down to a number of things: those include a steady pace, originality, and edge of your seat tension. In the case of Altar, the title scene and the last quarter of the film succeed in accomplishing all these feats. Meanwhile, the rest of the film only introduces the viewer to the friends and establishing back story, while not pushing the plot forwards.

Overall, the interplay and bond between the actors in Altar make for a believable bunch of friends experiencing full depths of emotions. Unfortunately for the cast, the weather seen in Altar is all too real; in fact, those soaking wet scenes are real enough to leave the viewer feeling soggy. With a bright future ahead, CrypticRock give Sconce’s Altar 3 out of 5 stars. 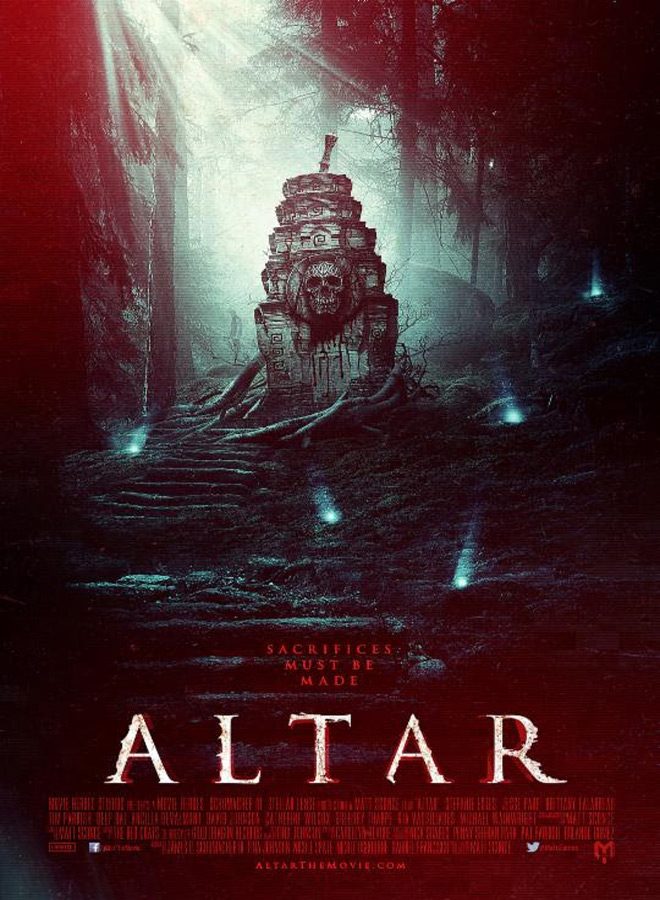