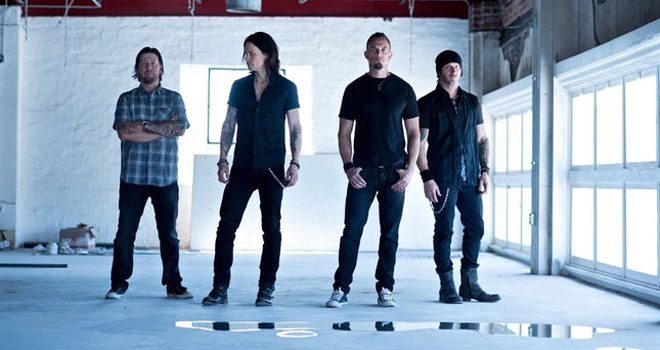 At one point in time, so many great Rock bands ruled the world one could hardly keep up with all the music. Nowadays, fans of true Hard Rock music have difficulty finding a current band worth a second listen. However, Alter Bridge is the exception.

Formed in 2004 out of the mega band Creed, Guitarist Mark Tremonti founded Alter Bridge along with Bassist Brian Marshall and Drummer Scott Phillips. The trio brought in Vocalist Myles Kennedy, formerly of the band The Mayfield Four, and the journey began. Beginning their way in August of 2004, Alter Bridge released their first studio album, One Day Remains, marking the return of powerful Rock music. Going on to great things, they have since released four more studio albums – 2007’s Blackbird, 2010’s AB III, 2013’s Fortress, and 2016’s The Last Hero.

Simply put, over thirteen years and five studio albums, Alter Bridge has built a massive following worldwide. This success has culminated with the release of their first ever live album, Live at the O2 Arena + Rarities, released September 8, 2017 via Napalm Records. The ultimate fan collection, this 3-disc set features 19 live tracks plus 11 rare studio recordings.

So where were the live cuts recorded? Well, in late November of 2016, in one of the biggest moments of the band’s career, Alter Bridge performed a monumental show at London’s famous O2 Arena. Captured in its entirety, these live tracks vividly showcase how incredible Alter Bridge are when they take the stage. Fueled by heavy riffs, Alter Bridge kick things off with “The Writing on the Wall,” followed by “Come to Life,” and a song that packs the perfect punch, “Addicted to Pain.” The show then begins to take a deeper turn with the ballad “Ghost of Days Gone By” and the epic “Cry of Achilles.”

In addition to playing guitar, Tremonti is featured on lead vocals for the track “Waters Rising,” giving the listener a different feel for the Alter Bridge sound before Disc 1 ends with the beautiful acoustic ballad “Watch Over You.” Disc 2 picks up with great live versions of “Isolation,” “Blackbird,” “Show Me a Leader,” and the amazing “Metalingus.” Fun fact for WWE fans, with “Metalingus,” former Professional Wrestler Edge used this track as his theme song. Finally, the live show closes with just a great song about going for your dreams, one that is surprisingly not played at every sporting event, “My Champion.”

For the collectors out there, let us not forget the rarities portion of this release. Although many times unreleased songs tend to prove why they were initially unreleased in the first place, these are 11 rare studio tracks that do not disappoint. In particular, highlights include “Cruel Sun,” “Breathe,” and “Solace,” which were recorded during sessions for One Day Remains. For those who remember, “Breathe” was originally released as a bonus track, exclusively for Best Buy, on The Last Hero. That said, 7 out of the 11 tracks were previously released in Japan, so it is great to see them finally see domestic distribution. But wait, there is more, there is also a limited deluxe version available with a DVD featuring an exclusive Alter Bridge documentary. The DVD includes interviews with the band, their crew and families, plus behind the scenes footage of this legendary show at London’s O2 arena.

If you have not been able to catch Alter Bridge live, or simply wish you could go back in time to when you did see them on this tour, this collection has everything you would want and more. It showcases how well Alter Bridge perform live and how every bit as powerful Myles Kennedy’s vocals are on the studio albums. Those who have seen him and Alter Bridge perform live can attest to that. In enough words, Alter Bridge are for real and will continue to prove it for years to come. That is why CrypticRock gives Live at the O2 Arena + Rarities 4 out of 5 stars. 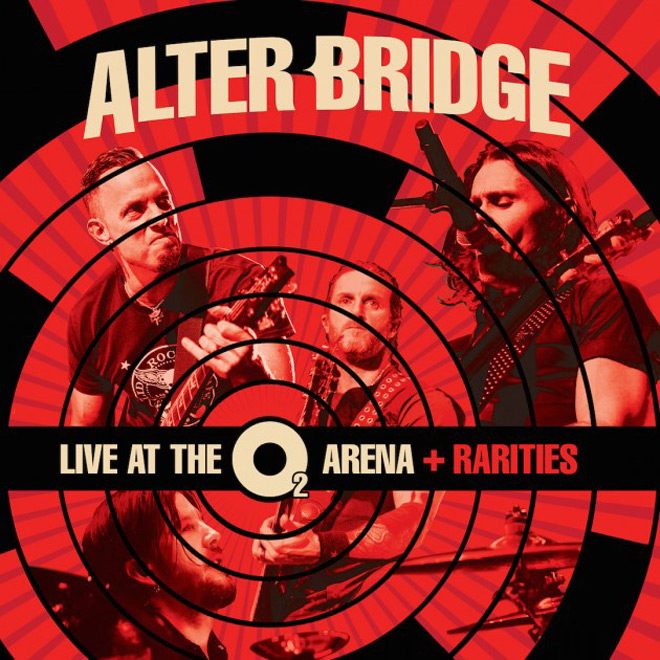