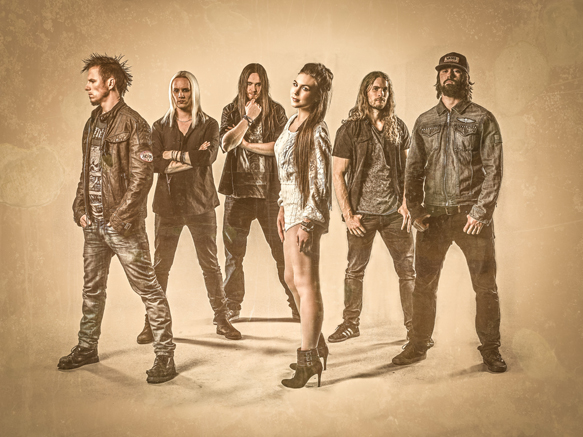 Originating in Gothenburg, Sweden in 2008, Amaranthe has always placed high premium on distinguishing themselves from their Metal colleagues with their infectious alternative sound. Mixing Synth and Electronic elements with Pop influence and generally positive projects, Amaranthe has made their mark on music with a sound unlike much of what exists in the Rock and Metal world. Consisting of three vocalist – Elize Ryd (clean female vocals), Jake E. Lundberg (male cleans), and Henrik Englund Wilhelmsson (harsh/growls) – with Olof Mörck (guitar/keyboards), Johan Andreassen (bass), and Morten Løwe Sørensen (drums), this sextet have more than enough hands on deck to compose some intriguing and unique sounds. Following the success of their previous album, 2014’s Massive Addictive, Amaranthe have released their fourth studio album, Maximalism.

Maximalism presents a new, more infectious aspect of Amaranthe. On this album, the band expands on their Pop-Synth infused sound and interweaves it with a variety of Rock and Metal elements to give it dexterity. While mostly consisting of upbeat, poppy pulse beats, the album does occasionally have teeth and some grit that help break up the saccharine. “21” is a great example of one of the grittier tracks on the album. Ryd’s clean and symphonic vocals glide effortlessly through the track while Wilhelmsson growls and the guitar shred give the song the bite it needs. It is a fun party song that compels and moves with excitement. This is followed by “On The Rocks,” which continues the energy and excitements, mixing upbeats with intense guitar chords and notable vocal contributions from Ryd, Wilhelmsson, and Lundberg. The guitar solo is especially invigorating and a welcome change in the song from the otherwise consistently bouncy rhythm.

Changing things up is “Limitless,” wherein the listener explores the softer, more emotive side of Ryd’s vocal range. A Synth-injected ballad that plays Ryd and Lundberg’s beautiful cleans off one another, “Limitless” actually benefits from the processed flourishes and Electronic elements, because they add a certain drama to the track and set it apart from their contemporaries. “Fury” follows with Wilhelmsson tearing into the track from the jump. It is a fast-paced track that takes off vocally and instrumentally at break-neck speed and barely slows to let the listener breathe. Here, the presence of so many Djent and Electronic elements feels like too much of a good thing. The power of the vocals and the chords alone are compelling without layering more effects on top, especially in the chorus.

Closing this chapter in the story of Amaranthe comes “Endlessly,” a love story for the ages. Ryd’s vocals are powerful, impassioned, operatic, and compelling. Easily one of the best moments of the album, the sonic power of this song is deep-seated and strong. The soaring vocals in the chorus paired with the fiery and incandescent guitar are beautifully chilling. Overall, Maximalism is a new adventure for Amaranthe in playing with dynamics and incorporating new levels and intensities of elements for greater effects. Some of the best moments on the album are the purest wherein there is a distinct absence of the lower level of synth influence. The sheer power and effect of Wilhelmsson, Lundberg, and Ryd’s vocals are more than enough to carry them without needing to add and layer on top of them. Sometimes less is more, but as a whole, Maximalism is a foray into the playful and infectious for the Swedish sextet, and experimentation is essential for growth. CrypticRock gives Maximalism 3.5 out of 5 stars. 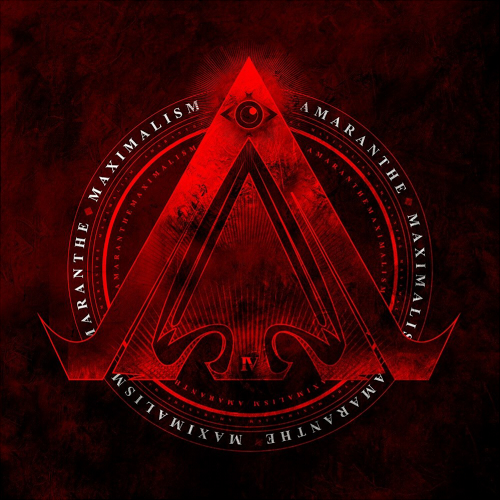