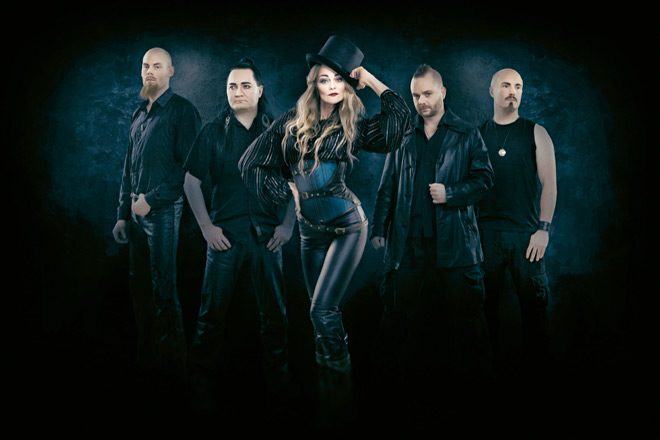 Prepare to be enchanted into the pages of a fairy tale, enraptured by a siren who soars alongside Symphonic Metal finery sprinkled in the pixie dust of yesteryear. What does it all mean? Well, for that answer you will just have to check out Amberian Dawn’s Darkness of Eternity, which arrives on Friday, November 10th thanks to the good folks at Napalm Records.

Formed in 2006 amidst the ruins of Keyboardist/Guitarist and Songwriter/Founding Father Tuomas Seppälä’s former band Virtuocity, Finnish Metal quartet Amberian Dawn have seen their fair share of line-up changes throughout the past eleven years. Despite this, the group has soldiered onward to release some seven albums – ranging from 2008’s River of Tuoni to 2015’s Innuendo – blending a vast array of references and influences – from fairy tales to Finnish poetry – to create a sound that is anchored in Symphonic Metal but is ultimately something greater than its composite parts. Touring the globe and sharing stages with the likes of Epica, Kamelot, and many more, Amberian Dawn has worked hard to build a name for themselves and draw attention to their truly epic musicianship.

Returning with their eighth studio offering, Amberian Dawn – Seppälä, Vocalist Capri, Guitarist Emil Pohjalainen, Bassist Jukka Hoffren, and Drummer Joonas Pykälä-aho – present the ten-song offering Darkness of Eternity. An amalgamation of Symphonic Metal, classic Power Metal, and something that is wholly steeped in 1980s nostalgia, this is a collection that will remind you of the very best of ye olde times while earning a place of honor in your current playlist.

Darkness of Eternity begins with “I’m The One,” a shredder that journeys toward a very Rock-n-Roll Broadway production with Capri’s soaring vocal theatrics. Introducing divine nostalgia, the keyboards on “Sky Is Falling” evoke thoughts of Molly Ringwald and Matthew Broderick climbing into a Mustang together in a ‘80s Teen Drama. Take away the driving Metal approach to the guitars here and this could be fresh off that classic John Hughes film soundtrack. Minus the falling faeries, of course!

Rapid-fire sonics blend with Capri’s soaring vocals to fly beside the “Dragonflies” in a magical tale that travels across a vast landscape and delivers some truly gorgeous musicianship. While, somewhat similarly, driving guitars propel the spell of “Maybe,” a beautiful ode to a relationship floundering thanks to indecision. It fades out, only to build into the massive sound of “Golden Coins,” which amps the band’s presentation to new, headbanging heights.

A beautiful touch of Gothic poetry sneaks into the epic “Luna My Darling,” a superb representation of Darkness of Eternity and the talents of Amberian Dawn and their marvelous songwriting abilities. It paves the way beautifully for the fast-paced, soaring “Abyss,” which then meanders flawlessly into the magical, fantastical dance of “Ghostwoman,” where Asian influences creep into the sonic portfolio and one truly gorgeous guitar solo rises heavenward. The stunningly delicate “Breathe Again” is an exquisite whisper that moves the band to their ultimate denouement, the Broadway-worthy “Symphony Nr. 1, part 2 – Darkness Of Eternity.” It is a piece of music that must be experienced and felt within the heart, not merely digested by the eardrums.

Amberian Dawn feel like the best of Classic Metal crossed with 2017’s Symphonic Metal, rendezvousing with the 1980s inside a DeLorean. With sweeping vocals from the lovely Capri that sing of fantastical things and earthbound delights, this group of Finns have created a blend of Metal that is wholly their own though steeped in classic poetic ballads, tales of faeries and light, and journeys beyond simple Heavy Metal. A stunning collection that will bespell your heart and wink toward your shady ‘80s past, Darkness of Eternity is the light in a cold November. For these totally tubular reasons, CrypticRock give Amberian Dawn’s Darkness of Eternity 4 out of 5 stars. 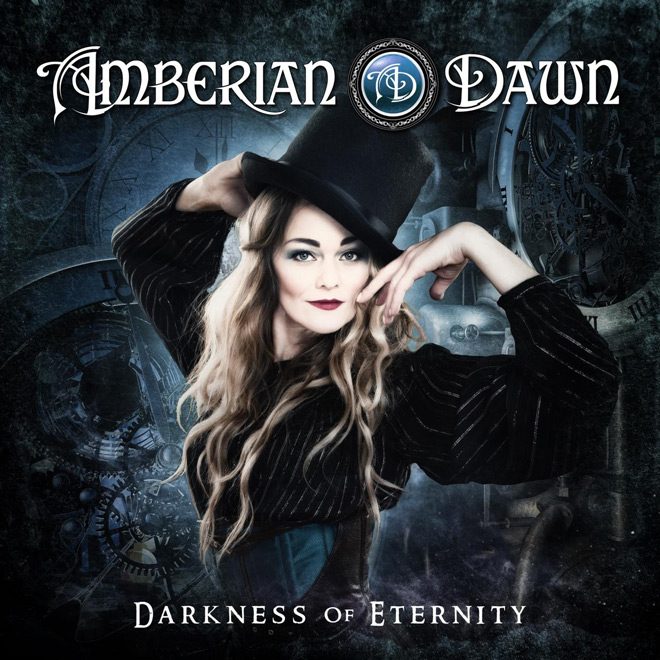