Alternative rock is making a comeback in a big way in recent years.  Among some of the scene’s brightest young bands are American Authors and Echosmith.  Now the two are teaming up for a fall Honda Civic Tour, a 3-week trek kicking off October 1 in Reno, NV.  Echosmith was just part of a successful run on Vans Warped Tour and American Authors apart of the OneRepublic summer tour. 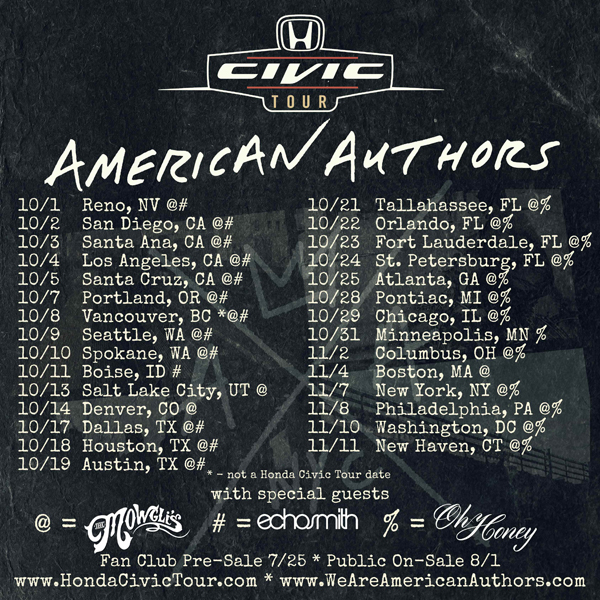 Ska Boom! An American Ska and Reggae Oral History (Book Review)
Like the in-depth, diverse coverage of Cryptic Rock? Help us in support to keep the magazine going strong for years to come with a small donation.