American Authors – What We Live For (Album Review) 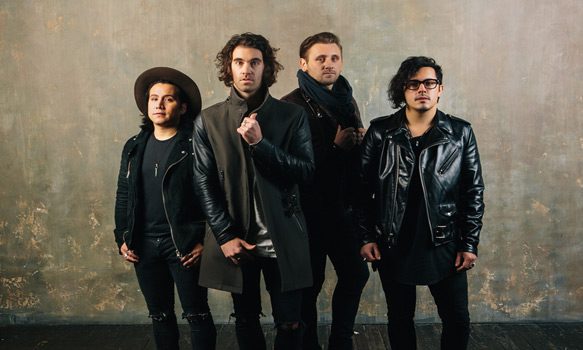 Released on July 1, 2016, American Authors’ sophomore release, What We Live For, picked up on the momentum of its predecessor, making it loaded also with Indie Pop and Folk Rock sensibilities. The first three tracks – “What We Live For,” “I’m Born to Run,” and “Pride” – are right off what Vocalist Barnett has said in an interview for The Columbia Chronicle, concerning the aesthetics of his band’s new album: “We tried to take a lot of the stuff that our fans like and love about us from Oh, What a Life and take that to the next level as far as sounds go.”

Who would complain about that? After all, great Pop songs, regardless of what sub-genre, are mostly made of catchy choruses and memorable melodies meant for singing along right there on the dance floor. The album’s opening triumvirate is already full of that.

Moving on, the Celebrity-Pop leaning of “Right Here Right Now” will fit on a playlist that includes Katy Perry’s “Roar,” Sara Bareilles’ “Brave,” and Rachel Platten’s “Fight Song.” Lifting the mood up some more is the upbeat and stadium-ready anthem “Nothing Better.” Then the ensuing smooth and R&B-flavored “Replaced” slows down the tempo, but maintains the overall catchiness of the album’s tunes. Following is the big sound of the folky “Go Big or Go Home,” whose percolating banjo plucks makes it inarguably the album’s distinctive carrier. Another ballad, albeit upbeat, comes in the dribbling rhythm of “Mess with Your Heart.” The Sunshine Pop continues with the equally dancey and jangly “No Love.”

The galloping and flute-adorned “Pocket Full of Gold” is another easily recognizable highlight. Then the following piano-led slow ballad “Superman” is definitely a cue that the album is about to end. Finally, What We Live For finishes aptly with the slow, soulful, minimalist Sophisti-Pop “Mind Body Soul.”

For such a young band, American Authors continue to fulfill big promises of great Pop music and ambitious aspirations for a special place in the pantheon of similarly styled Pop/Rock greats, both veteran and contemporary, such as R.E.M. (“Losing My Religion”), 10,000 Maniacs (“Like the Weather”), Mumford & Sons (“I Will Wait”), Imagine Dragons (“It’s Time”), One Republic (“Counting Stars”), and The Strumbellas (“Young & Wild”). Only at their second full-length work, the band has already developed their distinctive sound. With a clear sense of direction and acknowledgment of their preferred style, American Authors are certain to accomplish more in the coming years. In the meantime, enjoy the moment of What We Live For. CrypticRock gives this album 4 out of 5 stars. 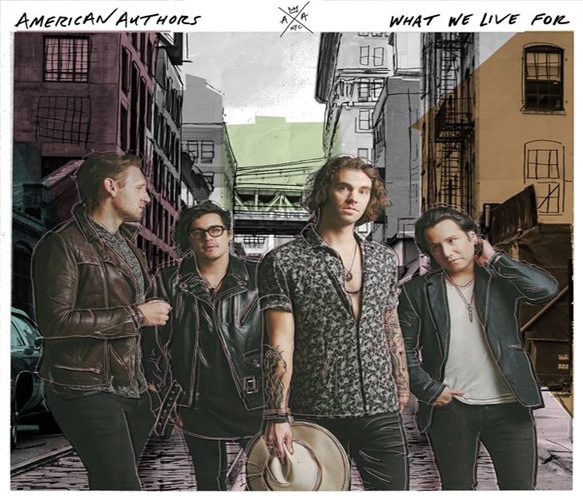