Winner of the audience award at the Twin Cities Film Fest back in 2014, American Beast joins a list of Indie films to flood the Horror genre. Picked up by Sony Pictures, it was released on DVD as of January 3, 2017. Co-directed, co-produced, and co-written by Livingston Oden and Taylor Scott Olson (Superhuman series), who also have roles in the movie. So, how does it fare?

First and foremost, it is commendable for an Indie movie to come to fruition from concepts and see a major studio such as Sony Pictures Home Entertainment take the chance to buy the property and finance that said property, allowing distribution on DVD. However, that is where the accolades end with American Beast. 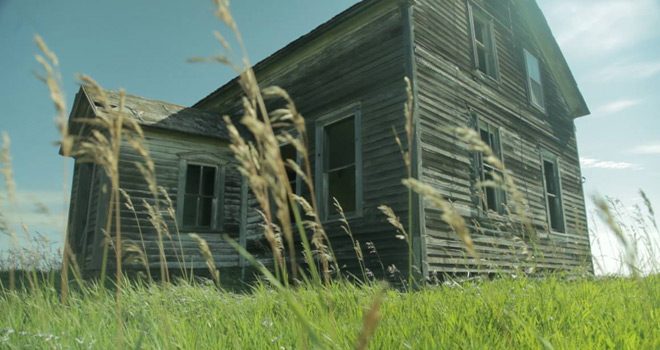 It all starts when James (Armin Habibovich: The Weight 2010, Superhuman series) inherits a storage unit that contains a box full of video cassettes and a diary. Rummaging through the contents, with black and white flashbacks, James learns more about his estranged family, but not all. Some passages describing mysterious deaths intrigues him to try to find the people brought up in said diary to fill in the blanks. How does his family figure into the plot, and will he survive his family’s legacy?

The whole feel of American Beast tries to play as straight Horror, and might have worked if the movie was just based on setting with it being shot in Minnesota’s city and woods. The city could be anywhere USA, making it an occurrence that could happen anywhere; whereas, the woods are deceptively beautiful. The premise of the movie quickly falls into the tropes of premarital sex, drugs, and messing around with things that ought not be messed with. 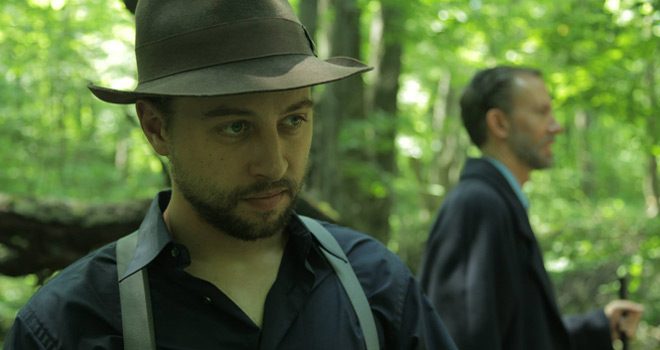 Then comes the acting, which is wooden and amateurish with the exception of Olson’s Dick Hancock. His gruff, laid back, standoffish attitude makes you want to know his story, and how he could help James resolve family issues. Otherwise, the acting is such that it was hard to tell if the cast was playing their parts badly, straight, or tongue in cheek. So, how about the ‘beast’ in the film? Though in its element, lighted menacingly, and prerequisite growling, it looks much like a demented tree from the Lord of the Rings trilogy. Rounding it all out, the soundtrack, which served its purpose for the movie, unfortunately was nothing to write home about. 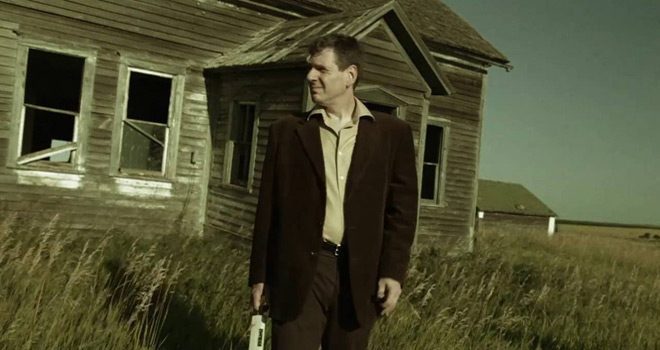 Overall, American Beast is successful in bringing an Indie project to fruition and has little elements that work well. For something a little different, check it out, but do not have the bar too high going into this one. For these reasons, CrypticRock gives American Beast 2.5 out of 5 stars. 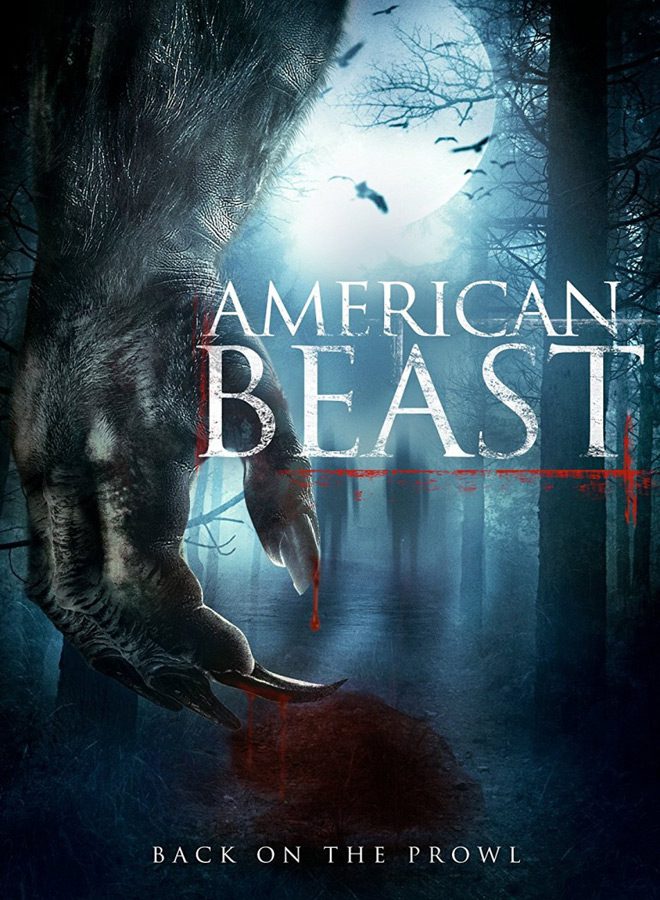