With the preponderance of Horror movies about demonic possession, it takes a stand out story to poke its way through the masses. Featuring the tagline “Just your average, All-American, small town girl…possessed,” American Exorcism, released on VOD as of May 2nd and DVD on August 1st via Uncork’d Entertainment, does just that. Produced by Thriller Films in association with Master Key Productions, written and directed by Tripp Weathers (She House Cinema 2005, The Last Session 2013), American Exorcism is not what one would expect. 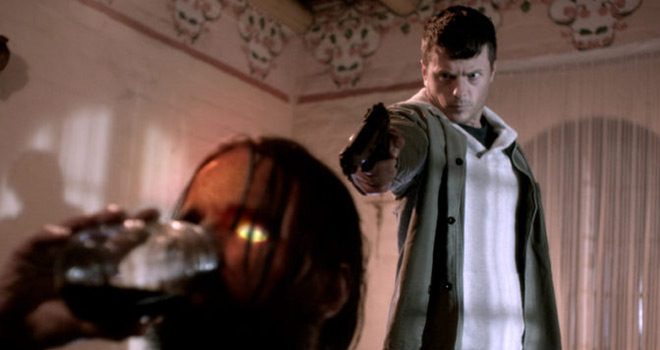 Damon (Michael Filipowich: Longmire 2016, NCIS: New Orleans 2017) and his wife Janelle (Jessica Morris: Perception 2014, Rosewood 2016) share daughter Caroline (young Caroline – Sicily Fontaine: Pool Shark 2016, Gossip Girls and Boys 2016), and are generally happy. However, Janelle does not accept Damon’s part time job as an exorcist. This is in part because each time he does an exorcism he is deeply affected, and since the age of eighteen after a fateful night, Damon has been in semi-control of a demon inside him.

Over time he learns to control the power for good, and despite Janelle’s misgivings, Damon, with the aid of his friends Padre (William McKinney: Baked Goods TV series, Journey to Royal 2017) and Will (Braxton Davis: Death Factory 2014, Samurai Cop 2: Deadly Vengeance), attends another exorcism. 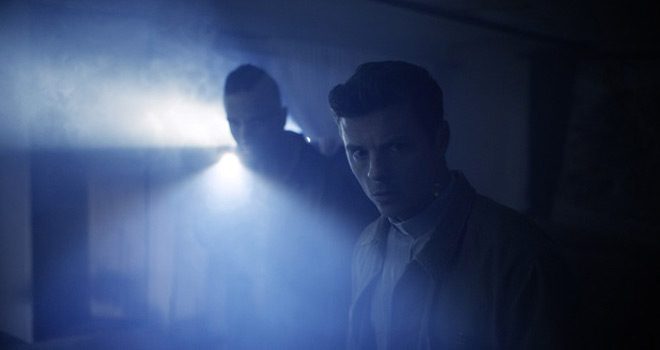 This time it does not go as planned and the botched exorcism results in Janelle’s violent death. In the aftermath, Damon leaves his former life, including Caroline, and becomes a surf bum. A decade later, one of his old friends, former Priest Padre, tells him Caroline is now about to turn eighteen and in the same danger as Damon at the same age. This forces Damon to locate his now grown Caroline (Kate Tumanova: The Oath 2015, Ribbons 2016), who lives with her foster father and is already in trouble with the law – Deputy Doug (Luke Wright: Secrets & Lies 2014, Dispatch 2016), after the murder of her boyfriend.

Damon meets Caroline and realizes it may be too late to save his daughter. Regardless, Damon is determined to conduct an exorcism immediately, but Padre insists on waiting until she reaches full maturity at midnight. Time is of the essence to help Caroline before each person she interacts with meets a grisly end and she loses herself to evil. The life Damon left comes back to haunt him and the demon lurking inside him finally wants its own vengeance, leaving little hope for Caroline or her father. 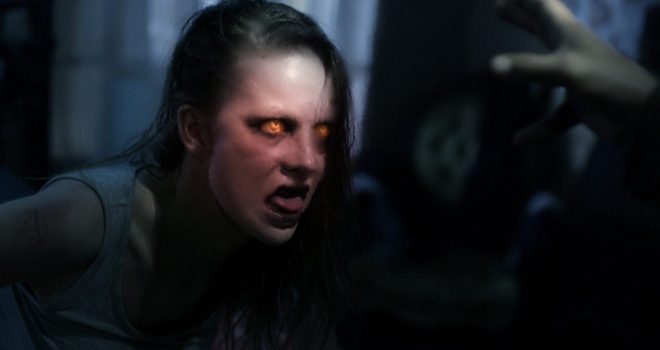 It is refreshing to see a tattooed, mohawked, main character – Damon, who is also a loving father and husband. While it might be unconventional to cinema, it covers a large percentage of the real world population and adds more depth and realism to Damon. While the acting is a little shaky in spots, the special effects are original and brilliant, the storyline and twisted ending is likewise unique. In addition, the cinematography by Dane Lawing (Shaded 2015, When Sharks Attack 2016) is gripping and enjoyable to watch.

Overall American Exorcism is a tight, entertaining, well-acted, clever story and a must watch for all fans of Horror, but also those looking for something different than the norm. That said, Tripp Weathers is one to keep an eye on in the future. For these reasons, CrypticRock gives American Exorcism 5 out of 5 stars. 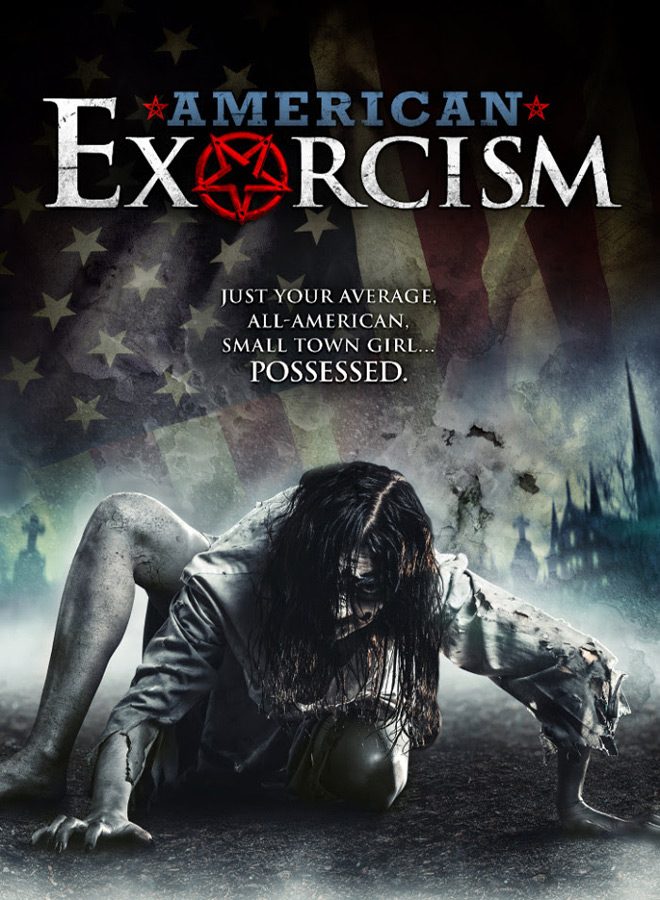 Ska Boom! An American Ska and Reggae Oral History (Book Review) It Came from Below (Movie Review)
Like the in-depth, diverse coverage of Cryptic Rock? Help us in support to keep the magazine going strong for years to come with a small donation.