A darkly sprawling tale of life in the Midwest for one struggling farm family, American Fable is a beautifully haunting fantasy full of suspense and drama that becomes available for purchase on DVD as of July 11, 2017, thanks to IFC Films. 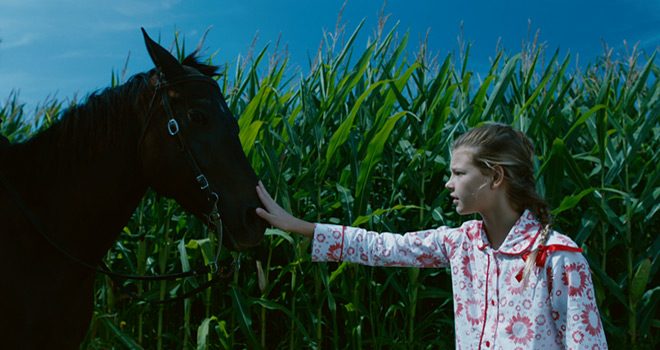 Set amidst the backdrop of 1980s Wisconsin and President Reagan’s failed farm credit restructuring, American Fable depicts a time when the American farmlands were in a state of chaos and abject poverty; leaving many farmers to take their own lives in a Death of a Salesman-esque effort to save their families. This particular epic focuses on the story of one of these floundering farm families and eleven-year-old Gertrude “Gitty” Jager (Peyton Kennedy: Odd Squad: The Movie 2016, Odd Squad series).

Father Abe (Kip Pardue: Remember The Titans 2000, Thirteen 2003) is struggling to keep the family afloat with the farm in dire straits, while pregnant mom Sarah (Marci Miller: Rebellion: A Star Wars Story 2016, Days of Our Lives series) is simply hoping for calm amidst the tension. Meanwhile, devious elder brother Martin (Gavin MacIntosh: The Fosters series, Bones series) presents a true conundrum as he stalks about the farm, haunting Gitty’s every move.

Somewhere in a cornfield on the Jager family property, while wandering with her pet chicken Happy, Gitty discovers an old silo. Trapped inside the silo without food or water is businessman Jonathan Winters (Richard Schiff: Jurassic Park: The Lost World 1997, The West Wing series), clearly out-of-place in this decrepit cage. Appearing seemingly out-of-nowhere is the mysteriously ominous figure Vera (Zuleikha Robinson: Hidalgo 2004, Lost series), a well-dressed city-slicker who has some dark dealings with the Jager clan. Then there is the newest neighbor, nosy former cop, Ethel (Rusty Schwimmer: Twister 1996, Louie series), who mows down mailboxes while driving the countryside. As these characters blend into the mosaic of the Jager family’s lives, they will become inextricably intertwined, leading toward a path fraught with dark destiny. 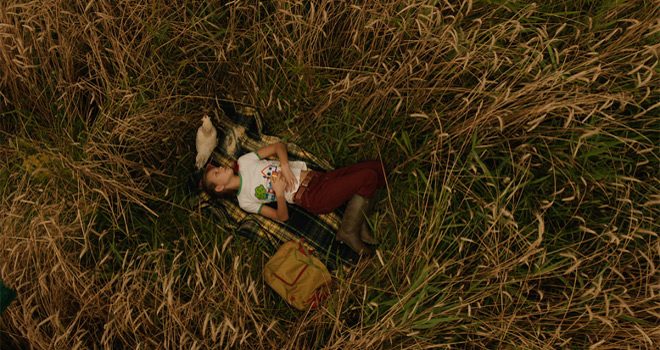 In this coming-of-age tale, Gitty struggles with the wanderlust of fantasy while facing the horrors of reality, and she quickly learns that in this world, there are three types of people: lions, mice, and those that are a truly unique blend of warrior. Ninety minutes in-length and unrated, American Fable was written and directed by Anne Hamilton (Death Artists, Inc. 2012, The Inheritance 2013). A parallel to the parable of The Lion and The Mouse, with shades of the dark fairytale of Pan’s Labyrinth, American Fable is a beautifully macabre tale of secrets and fantasies, as well as right and wrong. “You can never trust people to change their true nature,” forewarns Abe in a truly telling exchange with his daughter. Peyton Kennedy, as Gitty, is astounding in her performance of the dynamic character. Considering that she is only 13 years-old, expect amazing things on the horizon for this little wonder who holds down the film with her gentle curiosity, playful gaze, and gorgeously genuine naiveté. In a dog-eat-dog world, trust a child to know the truest path! 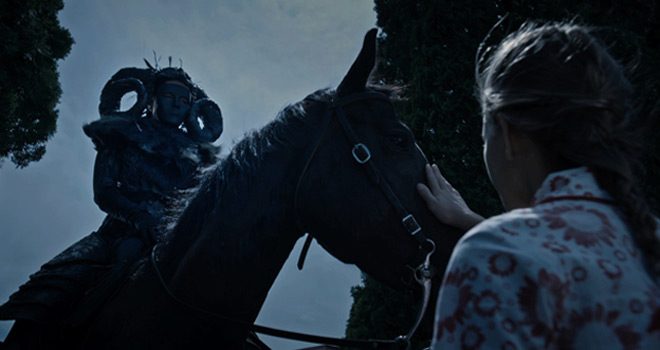 A story that beautifully blends the fantasy and wanderlust of childhood with the responsibilities and harsh penalties of adulthood, American Fable weaves a plot that is endearing and dark, fantastical and real. Portrayed with lush imagery and beautifully poetic parallels, American Fable is a must see for lovers of artistic, intelligent Indie films. For these reasons, CrypticRock give American Fable 4.5 of 5 stars. 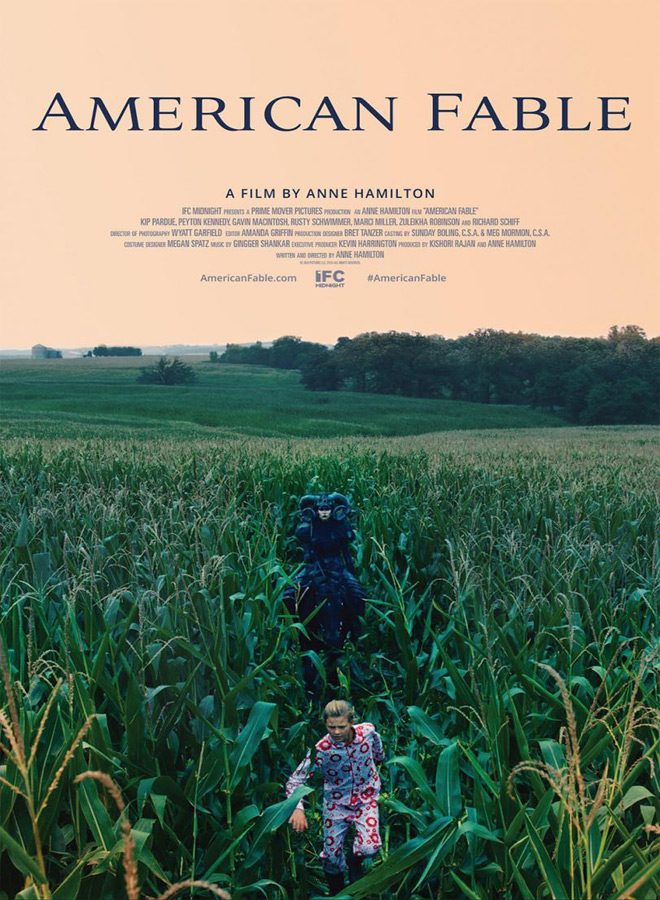