There are pretty good odds most do their internet reading through a laptop, computer, phone, or tablet; that is unless they discovered a way to access the internet sans computer of some kind.  The point is that you have given time to this device, whatever the device happens to be: your mind becomes tuned to a game, news article, or any kind of app through technology. It is not just technology you have  given your time to, though, it is the media you are granted access to and, really, the entire internet-connected world you have opened yourself up to.

Every day most follow this ritual, they pay tribute to a trifecta or perhaps a trinity, that has overtaken our everyday experience of reality: technology, media and a globalized world. That in mind, you could call these new gods and with those words, you would be describing the primary antagonists of the 2017 Starz series American Gods. 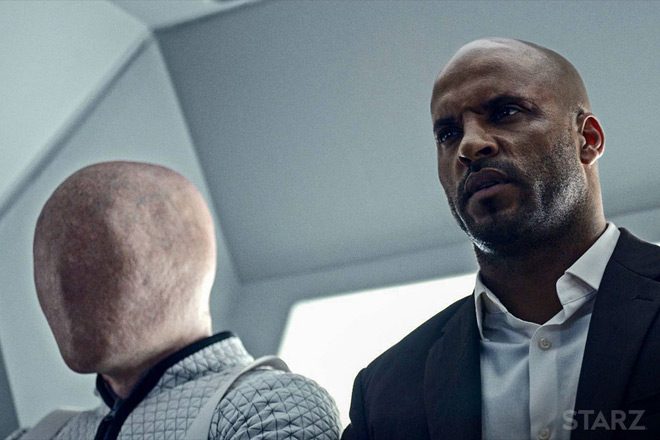 Created by Bryan Fuller (Dead Like Me series, Hannibal series) as well as Michael Green (Green Lantern 2011, Logan 2017) – and based on Writer Neil Gaiman’s (The Sandman comic series, Coraline) 2001 novel of the same name – this is the story of a great struggle for meaning and relevance between these mysterious, new entities and the former beneficiaries of human attention, the great mythological gods of antiquity and even contemporary religious figures.

First premiering on April 30th, consisting of 8 episodes, and concluding on June 18th, Season One centers on Shadow Moon (Ricky Whittle: Austenland 2013, The 100 series), a man released from prison days early thanks to the death of his wife Laura (Emily Browning: The Uninvited 2009, Sucker Punch 2011). Shadow, despite his wish to leave the crime life behind him, is employed by the enigmatic Mr. Wednesday (Ian McShane: Deadwood series, Ray Donovan series) to act as a bodyguard. Wednesday’s intentions are the mystery that drives the action.

This said, American Gods has a lot going for it. In getting to know the characters through Season One, the viewer is introduced to a strange world living just underneath a familiar surface. The direction and cinematography consistently, as well as colorfully, build a sensation similar to that of waking from a dream. The plot meanders here and there into the stories of other characters, but this only adds to its dreamlike quality. This does make for some uneven episodes, however, but it also shows the primary writers, Fuller, Green, and newcomer Maria Melnik (Black Sails series), want to give us the time to get lost in this world; allowing the viewer to become increasingly immersed in the burgeoning conflict between the old gods and these new gods. 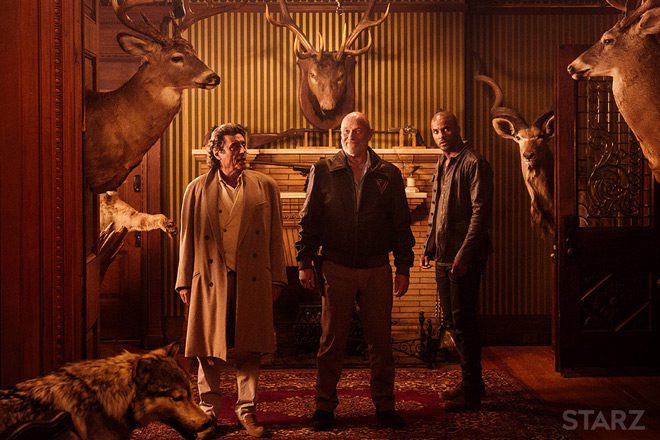 It is a first season, so it does not quite feel like the series has totally hit its stride yet, but the potential for something darkly comic and subversive is there. This is a show, for example, that displays the depths these old gods have gone to in order to feel the long lost fire of worship. For example, Bilquis (Yetide Badaki: Lost series, Criminal Minds series), the Queen of Sheba, a Biblical and Quranic figure associated with fertility myths, is now a homeless woman, forced to find men online to engage in ritualistic sex; she begs them to worship her during their intimacy.

This is where American Gods really can do some good work. Bilquis has a run-in with Technical Boy (Bruce Langley: Deadly Water 2015), one of the new gods, and she tries to seduce him; and where normally a younger man may jump at the chance to sleep with a beautiful older woman, he backs off. This could be read as a display of his cold, technological disposition but it could also be a subtle nod to the current climate for Millennial youth, reported as not having as much sex as the Gen Xers before them.

There are many moments like this. The series is clear where our sympathies are supposed to lie; Mr. Wednesday at one point declares the old gods at least gave the people meaning in return for their attention. Visually, we also see the difference between them; the new gods are clean, sharply dressed and bright, while the old gods are weathered and living by the skin of their teeth. That being said, there are suspicions raised about the intentions of some old gods; they’re treated three-dimensionally. 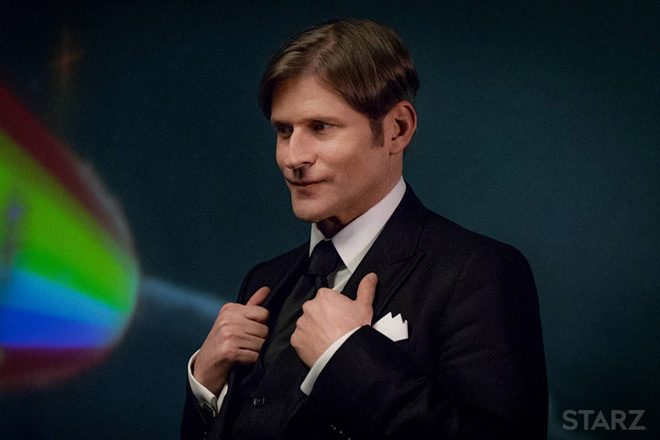 That brings us back to Shadow and Laura: Ricky Whittle does good work as Shadow, who is mournful, angry and increasingly bewildered as the series moves. Shadow does not understand why Wednesday wants him and he is extremely reluctant at times to go along with the old man, but he can’t resist his charms. When the viewer finds out how Laura died, our sympathies only grow for him: he is a person in search of meaning himself, just as his employer and, really, everyone is in the series. Emily Browning lends Laura that same sense of longing and, at first, she is not sympathetic, even in death. But as the series spends more time with her, Laura is revealed to be as human as anyone else, god or otherwise.

In enough words, American Gods is a show about character and going forward, it has a lot to work with as they prepare for Season 2 in the forthcoming future. Be it the other new gods stilted seducer Media (Gillian Anderson: The X-Files series, The Fall series) and the creepy Mr. World (Crispin Glover: Back to the Future 1985, Willard 2003), or the other old gods like the charismatic trickster Anansi (Orlando Jones: MADtv series, Evolution 2001) and curmudgeon/god of death Czernobog (Peter Stormare: Fargo 1996, The Big Lebowski 1998) among others, the series is filled with the kind of characters a viewer can really dig into.

American Gods is a timely, progressive and diverse series that can potentially become great: the opportunity is there for it to be very subversive about everything from religion to cultural mores to race. Even better, it is unafraid to try. It is not all the way there yet but for what it has accomplished so far, CrypticRock gives American Gods: Season One 3 out of 5 stars. 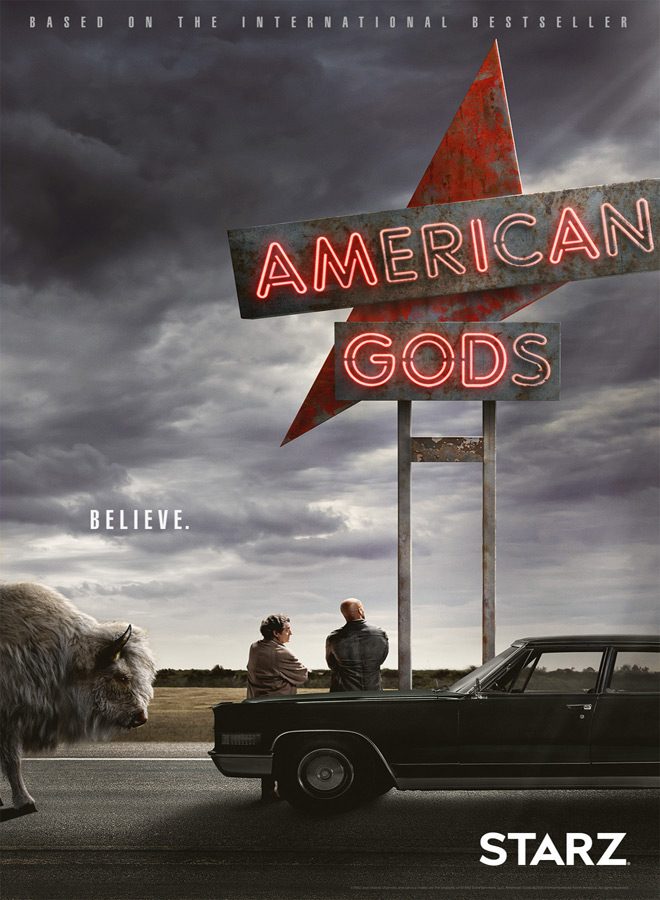