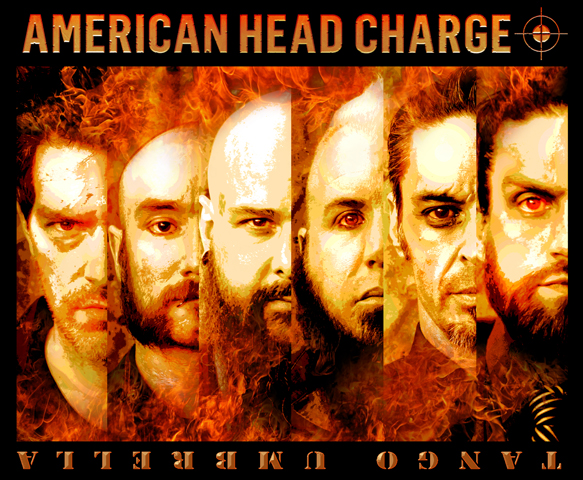 Minneapolis, Minnesota has birthed legendary musical acts such as Suicide Commandos, Soul Asylum, The Replacements, and Vanity 6. Then, in 1997, after going through names like Flux, Gestapo Pussy Ranch, and Warsaw Ghetto Pussy, the Heavy Metal band American Head Charge came together. Two years later, Trepanation debuted independently, and American Head Charge subsequently made the mark on the Industrial Metal scene, touring with System of a Down. System of a Down got them hooked up with Rick Rubin, who signed the band in 2000 to his American Recordings label, which was a part of Columbia Records, thus resulting in the band’s major label debut in 2001, entitled The Art of War. The album sold an impressive 250, 000 units with the help off the single “Just So You Know.”

Following with heavy touring with some big names including 2001’s Ozzfest, the God Hates Us All tour with Slayer and Chimaira in 2001, as well as the Pledge of Allegiance tour with Slipknot, Mudvayne, Rammstein, and System of a Down in 2002, American Head Charge were on their way to big things. Sadly, the band hit a snag when several members were consumed by chemical dependents, resulting in a two year hiatus prior to the release of The Feeding in 2005. It would be the last to feature Guitarist Bryan Ottoson, who tragically passed from an overdose just months after the album’s release.

With the music climate changing, by 2009, it was announced American Head Charge had disbanded. Thankfully, within three years, they picked up the pieces and reformed with Vocalist Cameron Heacock, Guitarist Karma Singh Cheema, Bassist Chad Hanks, Drummer Chris Emery, and Keyboardist Justin Fowler. Since then, they put out the surprise EP Shoot in 2013 and toured consistently. Proving they are back for good, American Head Charge signed on with Austrian label Napalm Records and now, in 2016, return with their first full-length studio record in eleven years with Tango Umbrella. A record many thought would never happen is now here and have new and old fans buzzing.

With Heacock, Cheema, Hanks, Fowler, Emery, and newly added Guitarist Ted Hallows American Head Charge begin Tango Umbrella with “Let All the World Believe,” as the beat machine coms in before the real drums come crashing in and the guitars grind. Through the growls and screams, the vocals are clear as the band sing about society’s belief in a false god. Next, “Drowning Under Everything” comes in with an Industrial sample as the guitars take over, and the vocals sing soothingly, but with a bit of urgency. As the track builds, the vocals turn to screams as the urgency peaks in this piece that seems to be about drugs.

Moving on, “Perfectionist” begins on some feedback with screaming vocals coming in, followed by the singing vocals. The keyboards bring in the melody as the guitars come in behind. There is a brooding to the feel of the melody as madness sets in. A tight drumbeat starts “Sacred” as the bass accompanies throughout this slower song. As the piece opens up, a sonic vibe enters the mix, and can be heard accompanying the drumline in this song of consumerism. “I Will Have My Day” brings the tempo back up in a grinding, screaming way, first, monophonically, then, in full stereo as the chorus is sung about the high and mighty blowing off the ones they deem lesser until…  A piano entry is “A King Among Men.”  There is an Alice in Chains feel in the vocals of this tune as the group harmonizes throughout this acoustic melody. Could this track be an ode to the late Layne Staley, Alice in Chains original frontman?

Keeping the album interesting, crickets, followed by speed drums, herald in “Suffer Elegantly” as the vocals scream in. The guitars riff in fillers.  This, by far, is the fastest and hardest track of the album so far as the band sings about someone pushing buttons, oblivious that they are digging their grave. “Antidote” takes a Grunge-like feel, taking a driving tempo before settling down between verses as the guys sing about addiction, then, grinding to the finish. With a Heavy Metal Beatle-esque intro, “Prolific Catastrophe” is a heavily drum and bass-driven track about people that are generic knockoffs that will doing anything to get the fifteen seconds of fame. Afterwards comes “Down and Depraved,” which is about people that will keep others down and use them at will if they are deemed weak, pathetic, and quickly replaced from boredom. This piece grinds throughout heavily. Finally, “When the Time is Never Right” has a slow, ballad-like beginning with sweeping instrumentality as the vocals come in, juxtaposing the dark lyrics against said ballad melody.

American Head Charge, like many bands, has weathered some of the worse things that could befall a band to come out of the other side to channel those experiences into a soundtrack of their lives. Tango Umbrella is a hardcore Metal album that mixes unapologetic social commentary with some melodic compositions. Here is hoping the band’s past is buried and their future is bright as they tour to support Tango Umbrella through the summer.  CrypticRock gives Tango Umbrella 5 out of 5 stars. 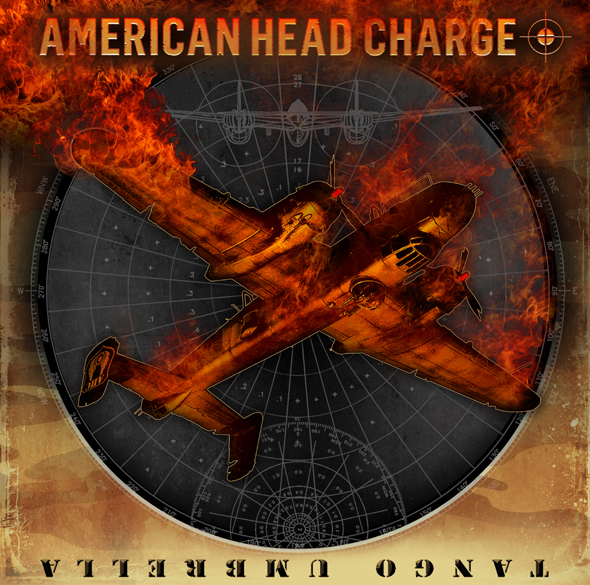