Episode 3 of American Horror Story: Freak Show draws on 19th century lore surrounding the tragic life and death of the episode’s titular character, Edward Mordrake. It is unclear whether Mordrake truly existed, but his woeful tale is mentioned in the late 19th century book Anomalies and Curiosities of Medicine. Legend has it that Mordrake, a handsome and wealthy man of many talents, had a second face on the back of his head, which he regarded as a demon. In the context of American Horror Story, Mordrake is a sort of boogeyman who appears to take the life of one member of any freakshow troupe who performs on Halloween. A freakshow performer himself, Mordrake, or the “two faced prince” snapped one Halloween centuries ago, killing his fellow performers and himself. A superstitious bunch, the freaks are reluctant to perform, but Elsa, inspired by the words of a fortune-teller, disregards their warnings and the show goes on. 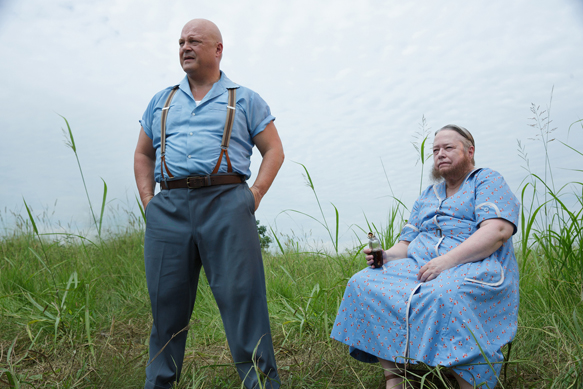 That fortune-teller is Esmeralda (Emma Roberts) — at least that is the name she gives Elsa — a scam artist working in collusion with Stanley (Denis O’Hare), who, rather than engage with the freaks himself, advises his pretty and squeamish assistant from a comfortable distance in a motel room as he makes sword swallowing jokes to his leather-clad male paramour. Jimmy brings Esmeralda to meet Elsa, and she uses her powers of intuition and observation to immediately suss out Elsa’s weakness: a deep longing for fame and adoration. By validating Elsa’s belief that Marlene Dietrich “stole [her] career,” and by promising that a tall, dark, handsome stranger would soon appear and make Elsa a star, Esmeralda becomes the resident psychic for the Cabinet of Curiosities.

Conflict between Bette and Dot continues, and a dream sequence reveals Dot’s greatest desire, which also happens to be Bette’s greatest fear. By episode three, the power has shifted from one twin to another. Dot, who likened her first steps onto the show’s grounds as walking through the gates of hell, thrives in the spotlight, while her once dominant and verbally abusive sister has grown fearful and withdrawn. Sarah Paulson continues to impress with her skill for nuanced acting, especially in such a bizarre and outlandish role. 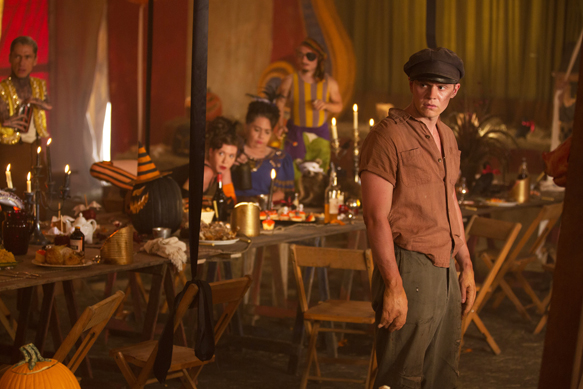 Still appearing to be the real villain — perhaps worse, even, than his new pal Twisty — Dandy Mott, when Gloria presents him with a Halloween costume that displeases him,  throws a tantrum rivaling that of the most ornery two year old. At this point, even though she is clearly unhinged, one almost feels some degree of sympathy for Gloria whose fear of her own son is apparent, as well as her desperation to placate him. Nora, the maid, played by Patti LaBelle, acts as a direct foil to Gloria, refusing to follow Dandy’s orders and mocking his attempts to intimidate her. Even in the Woody Woodpecker costume that Gloria has requested her to wear for Dandy, Nora is a force to be reckoned with. Hopefully, she will play a greater role in coming episodes.

The character who steals the show in this episode is most certainly Kathy Bates’ Ethel, the bearded lady. American Horror Story is a show that is sorely lacking in subtlety, and, while it is wildly entertaining, it is difficult to take it seriously. Ethel’s storyline in “Edward Mordrake,” however, is heartbreaking, and both flashbacks to her painful history with Dell and present-day scenes are masterfully executed. Bates acts with such expertise that she is somehow able to make the beard disappear; the viewer focuses, instead, on her story. Toward the beginning of the episode, Ethel receives bad news from a doctor. The scene is poignant, not because of the news, but because of Ethel’s open and tearful display of gratitude toward the doctor for being the first of his kind who has ever treated her with respect. Ethel takes center stage again toward the end of the episode when she explains her fall from grace to the tall, dark stranger that Esmeralda promised would appear. The ensuing flashback scene is more horrific than murderous clowns and vengeful spirits combined, simply for the fact that it involves an act of cruelty that might very well have happened in real life some decades ago. 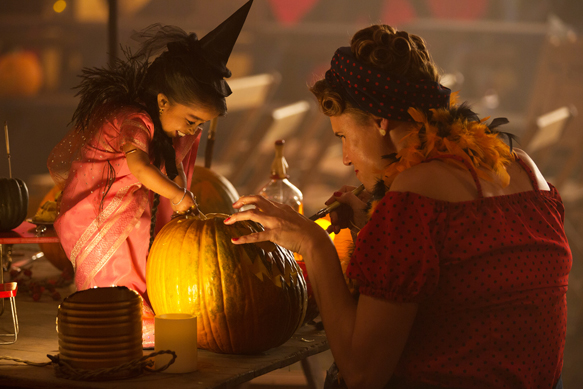 Perhaps the show’s writers will continue in this vein and humanize more members of their motley cast of characters. As representatives of the downtrodden outcasts of the world, and some of them real “freaks” themselves, they very much deserve to have their stories told in earnest rather than simply serving as eye candy for the curious. CrypticrRock gives American Horror Story: Freak Show “Edward Mordrake: Part 1” 4 out of 5 stars. 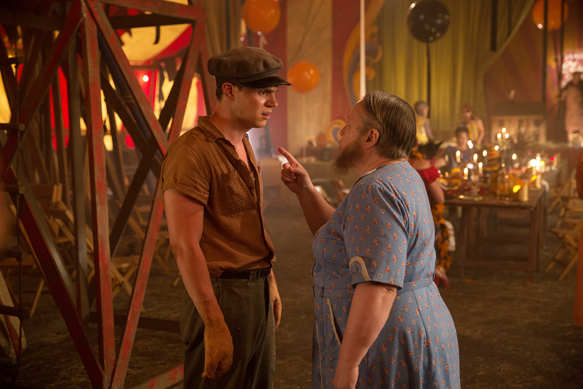