On Wednesday’s October 29th’s episode of American Horror Story: Freak show, Edward Mordrake: Part 2, audiences learned how a “freak” is made into a monster. Part 1 introduced viewers to the titular character, a carny boogeyman (possibly based on a real individual) who will select a freak to join him in the afterlife should any sideshow troupe dare to perform on Halloween. Apparently, Mordrake is a man of honor — or ghost of honor — and will only claim the soul of a person who is deserving. As more temporal conflicts swirl about the edges of the story, Mordrake drives the central narrative of this episode, visiting various performers and extracting their histories to see which deserves to die. 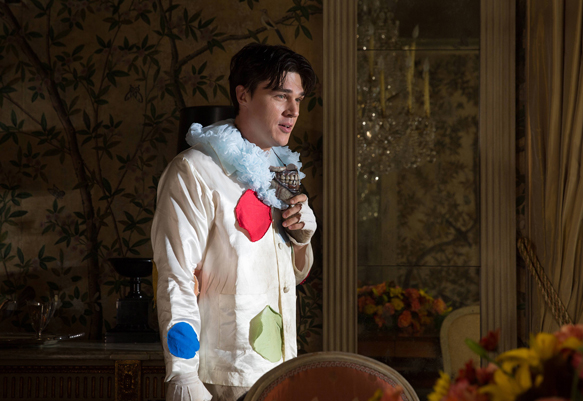 Meanwhile, Jimmy and Esmerelda, with a broken down bike, are attempting to make their way home on foot. Coincidentally, Twisty is busy with his victims just a few feet away and the screams of the latter draw Jimmy and Esmerelda into their activities. Dandy Mott has also been invited to this particular party. Escapes and rescues are attempted and violence ensues, but this is all just foreplay. The main event in this episode is Edward Mordrake’s interview with Twisty. 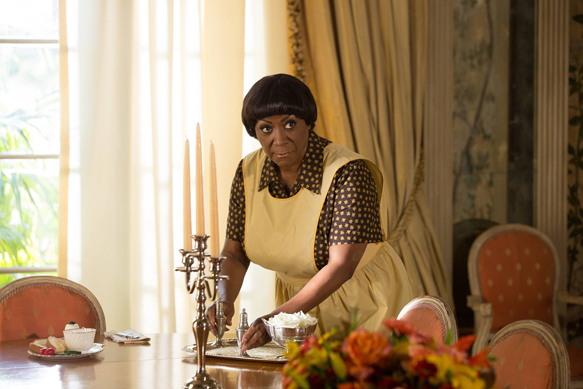 Twisty’s past includes happy memories of being a favorite of the children, for Twisty was not always a sad (or murderous) clown. But these memories are blackened with rumors of Twisty engaging in inappropriate behavior with the children who loved him so, perpetrated by a group of colleagues who are jealous that a man with a mental disability could be so popular. Naive and defenseless, the clown lacks the tools to stand up for himself, and he is ultimately run off from the show. Unable to find work due to the spread of the molestation rumors, the clown tries his hand at toy making, but is rejected for his bizarre, albeit lovingly wrought, creations. It is not long before the viewer learns why Twisty wears a mask to cover the lower part of his visage, and the reason behind his choices in murder victims.

Mordrake makes his choice, since Twisty is unable to feel remorse for his sins, either because of his mental incapacity or an actual psychosis. This acts as a boon to Elsa and her monsters — for now at least. It is obvious that the performers know that their good fortune will be short lived, even though things are looking up and they are unaware of the trouble that continues to brew in and around the Mott household. Here lives a true cold-blooded killer. So far, Dandy Mott has not exhibited a single redeeming quality, nor is there any known excuse for his antisocial behavior. However, those familiar with the work of co-creators Ryan Murphy and Brad Falchuck should not be surprised if some complicated and tragic backstory is finally revealed to explain Dandy’s behavior, like in the case of the “Carver,” the serial killer in Nip/Tuck. Of course, it’s also possible he’s simply evil, as the creators have addressed that concept in earlier seasons of American Horror Story.

So far, season four of American Horror Story has been colorful and entertaining, but at this point, it is not clear what the central plot of the season is as a whole. While the diverse cast of characters and numerous subplots will certainly keep a viewer engaged, it would be better if the writers focused their attention on something salient. Even in shows and films known for their ensemble casts, there is always a character who serves as the focal point, and Freakshow lacks that tightness of narrative. Perhaps the deaths in Edward Mordrake: Part 2 will help to streamline the story. In the meantime, viewers can simply enjoy the ride.  CrypticRock gives Edward Mordrake: Part 2 3.5 out of 5 stars. Tune in to FX on Wednesdays at 10 p.m. to see what happens next. 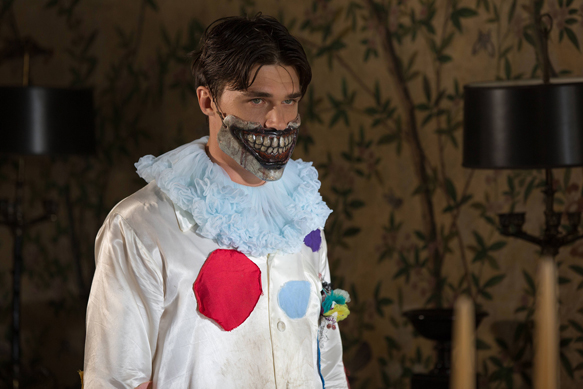 Tune in on Wednesday at 10 p.m. to see what happens next.