After a series of mediocre episodes, American Horror Story: Freak Show is making a bit of a comeback as the season winds down. In episode 10, Orphans, a plot-line surrounding Pepper delighted fans by confirming rumors that have been swirling since before the pilot even ran that there is a connection between seasons 2 and 4. Magical Thinking, episode 11, introduces a new “monster” in the form of Chester Creb, a traveling salesman/magician/ventriloquist, played by the talented Neil Patrick Harris.

“Orphans” opens with a hysterical Pepper (Naomi Grossman) trying to revive her companion and counterpart Salty, who lies motionless on the bed. Salty has died, presumably of natural causes related to his microcephaly, the condition which makes him and Pepper “pinheads.” Unequipped to cope with the loss, Pepper is inconsolable, and Elsa is not quite sure how to help her. 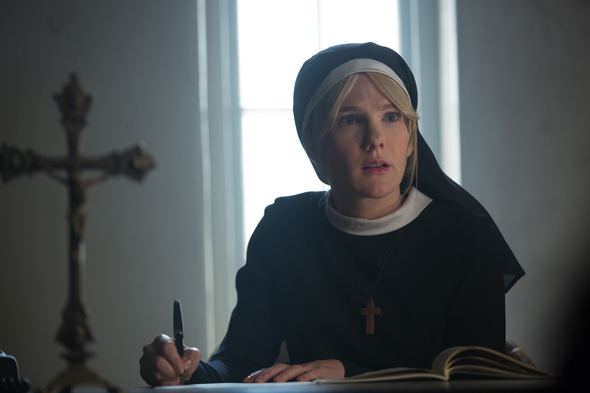 Elsa tells the story of her history with Pepper to Desiree, and viewers learn that Pepper was Elsa’s “first monster.” Flashback scenes reveal how Elsa acquired Ma Petite and Salty as child and husband for Pepper, and the sincere love she has for this little family is almost enough for viewers to forget about how selfish Elsa really is. Still with plans to leave for Hollywood, Elsa worries that her absence will utterly destroy Pepper who, understandably, has a profound fear of abandonment. Having begun her life as an orphan, Pepper has now lost her “child” and her husband. To lose her “ fairy godmother” might prove to be too much. Desiree suggests Elsa track down Pepper’s sister, and it seems as if there might be hope for the bereft orphan.

Of course, anyone who has seen Season 2, Asylum, knows where Pepper ends up, and it is clear from the get go that Pepper’s sister, Rita (Mare Winningham), is not exactly thrilled at the prospect of being her disabled sister’s caretaker. Later in the episode, Rita, along with her husband Larry (Matthew Glave), proves to be one of the foulest monsters yet, but perhaps Pepper is better off where she finally ends up. In a scene where the lovely Lily Rabe, reprising her role as Sister Mary Eunice, solicitously tilts her head at Pepper and says she will make Pepper her “special project,” the viewer almost feels relieved despite knowing what ultimately happens to the good Sister.

In the same episode, Desiree, who seems to have taken on the role of confidant, soon becomes privy to Maggie’s secret. Maggie confesses her involvement with Stanley, and there are flashbacks explaining how the two met. Maggie requests Desiree’s help to get Jimmy out of jail and bring the real villain to justice, and she brings Desiree to the American Morbidity Museum to emphasize the importance of getting rid of Stanley. However, along with Ma Petite’s body and Salty’s head, there is a new exhibit of which Maggie was unaware, and upon seeing it, she faints.

With a detailed back-story and few extraneous subplots, Orphans is a strong episode. The poignant scenes depicting the tragedies, losses, and injustices that Pepper has suffered prove that the show is more adept at evoking feelings of sadness than it is at scaring its audience. Perhaps a stronger emphasis on character is all that is needed to make American Horror Story great.

Character is indeed the focus of episode 11, Magical Thinking, which introduces viewers to Chester Creb, a character who could be read as a kind of foil to Dandy since the two bear some similarities. Both are financially well-off, although it appears Chester has obtained his wealth on his own, while Dandy grew up privileged. Both suffer feelings of alienation and seek belonging among the freaks. Both are deeply disturbed. However, the one glaring difference between the two is that Chester appears to be kind. His violent past is the result of trauma combined with delusion, but Dandy is simply evil.

Chester finds romance in Bette and Dot, who are eager to move on after Jimmy’s rejection. Chester’s companion, however, is a jealous one, and the twins appear to be in grave danger. Voiced by American Horror Story veteran Jamie Brewer, who also plays the character in her “human” form, Marjorie is Chester’s dummy — at least she appears as such to everyone but him. To Chester, Marjorie is real, and in their relationship, she is the one who calls the shots. Dandy, jealous of Chester’s relationship with the twins, takes advantage of his weakness, all while ironically tsk-tsking Chester’s psychosis.

In addition to the conflicts introduced with Chester’s character, Jimmy’s plight is addressed as well. Now without hands, he is defenseless, and his friends are worried about what might happen to him when he is brought back to the jail from the hospital. Amazon Eve enlists the aid of Dell, who is seeking redemption, to break him out. Meanwhile, Maggie and Desiree return from the American Morbidity Museum with a gruesome souvenir for Elsa, who avenges the death of her most beloved “monster.”

With only two episodes left, American Horror Story: Freak Show finally seems to be sorting out the plot. After a string of fake-outs, casualties began to mount beginning with episode 7, and, as a matter of necessity as much as entertainment, the size of the cast has decreased with each new episode. Viewers can now tune in to the remaining episodes with specific characters and plots to focus on, and while it is unlikely that the show will garner the viewer numbers it did for the pilot, Freak Show still has a chance to end on a high note. CrypticRock gives American Horror Story: Freak Show, episodes 10 and 11, Orphans and Magical Thinking, 4 out of 5 stars each. 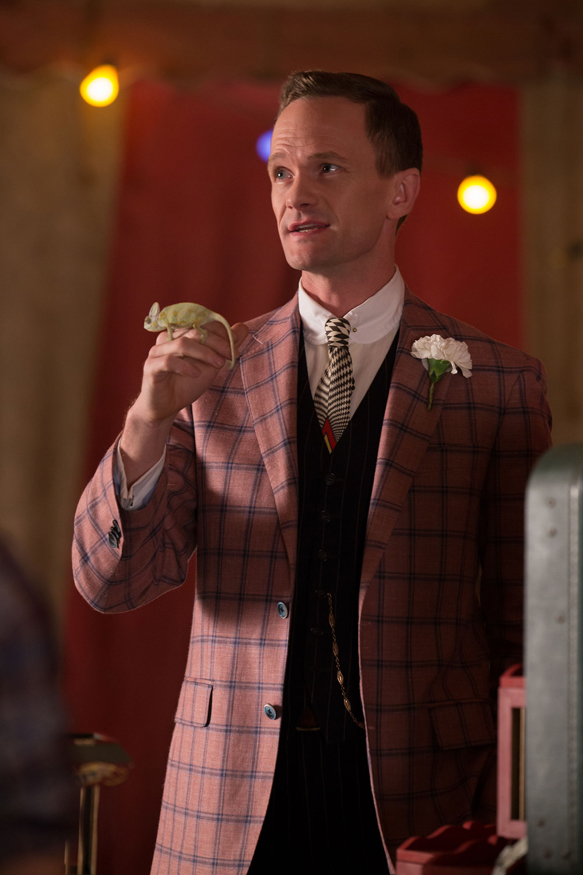