While the last two episodes of American Horror Story: Freak Show humanized its characters, episode 5, Pink Cupcakes, showed a great deal of ugliness. Characters who were not quite good, but not entirely evil, settle in on the latter side, and those who were villains from the start get worse. Human weaknesses turn to aggression and violence. Desperation, jealousy, greed, and fear put every character at risk, and at this point redemption seems unlikely for all but a select few who have demonstrated righteous behavior from the very beginning. 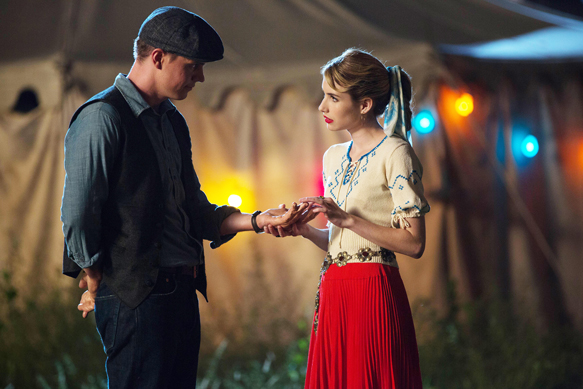 The episode opens with Stanley and Maggie attending the opening of a museum of human oddities. Stanley, who for whatever reason, has chosen to seek his fortune in dealing in human abnormalities, makes his intentions clear to both Maggie and the viewer: to plan an “accident,” or series thereof, in order to kill the performers and use their preserved corpses for personal financial gain. Maggie balks, but at Stanley’s urging, she soon gives in.

Meanwhile, Gloria makes a grim discovery, and immediately knows that Dandy is the one responsible. Her response is vaguely comical, but the humor is diminished by Frances Conroy’s effective portrayal of a woman stricken by a hysterical and desperate sort of rage. It is clear that Dandy’s vile behavior is familiar, and that Gloria is helpless against it. She later explains the family history behind Dandy’s “sickness,” yet is disinterested when he expresses an earnest desire to become an actor.

Both smothering and detached, Gloria is somewhat aware of her shortcomings as a mother. When the late Dora’s daughter Regina (Gabourey Sidibe) calls to ask why her mother has not been in touch, Gloria dismisses her concerns and instead begins questioning Regina about her memories of playing with Dandy as a child, asking what Regina remembers about her conduct as a mother. Regina admits that Gloria was somewhat absent, and Gloria begins to recall Dandy’s preference for his nanny over her. With the recent proliferation of entitled monsters in the news, the implication that the mother is at fault is insulting, but it seems that one of the conventions of the season is to explain how people can turn other people “bad.” Since most of the characters so far have suffered at the hands of men, perhaps Gloria’s character serves to balance this out. 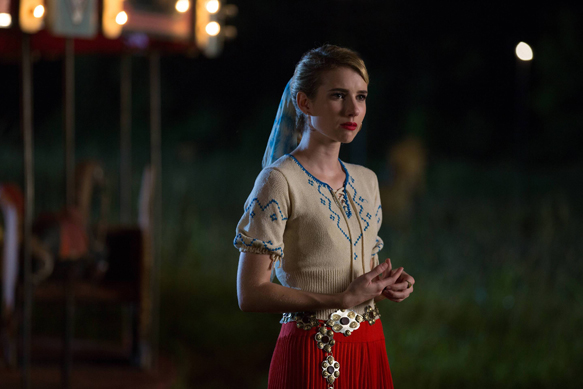 Stanley, in an attempt to gain her trust, tries seducing Elsa into working in television, which she considers “the death of art and civilization,” while Maggie offers Jimmy a feeble warning in the form of a “psychic” palm-reading. Apparently, she cares about him and does not want him to be harmed in Stanley’s “accident,” but her vague show of concern only confuses Jimmy, who mistakenly believes she is interested in him romantically. (It’s possible that she is, but at this point she is not ready to face Jimmy’s malformation.)

A new subplot is introduced when Jimmy attempts to seek consolation in Desiree’s bed. Desiree, depressed about Dell’s recent disappearance, gives in to Jimmy, but she is discovered to be bleeding, and Ethel rushes her to the kindly doctor from episode 3. This leads to a startling revelation for Desiree, who will later make some choices of which Dell does not approve. Dell, however, has secrets of his own, which are revealed later in the episode, and which also serve as an explanation for his unusual taste in women.

Stanley dreams of poison, preserved corpses, and riches, and this sequence involves some of the more disturbing visual material in the episode. Then, in an apparent homage to Mary Harron’s film adaptation of Bret Easton Ellis’ American Psycho, the viewer sees Dandy working out and admiring himself in the mirror, spouting grandiose declarations in a film noir style voice over: “I am no clown. I am perfection. I am greatness. I am the future, and the future starts tonight.” Later, Dandy, with a strong sense of purpose and resolution, will claim his identity as villain. However, even his attempts at violence are somewhat clumsy, and the viewer is reminded in the midst of blood and death that Dandy is, indeed, a clown. 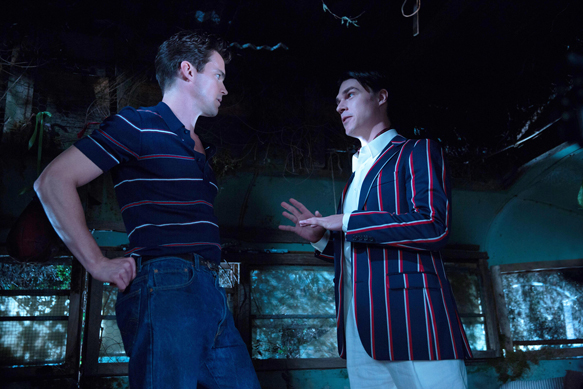 The episode concludes with Elsa, devastated by the behavior of an unfriendly audience, making a surprising decision. As much as she makes herself out to be a protective mother-figure toward her performers, it seems that she is not above sacrificing their well-being for her own. Even though Elsa is a clear manipulator from the start, this particular development is disappointing as it leaves viewers with one less character to root for.

Pink Cupcakes marks the halfway point for Freak Show, and it seems that this season, despite a very strong start, has fallen into the same pitfall as seasons 2 and 3: It is too ambitious. With countless shifting subplots and new characters introduced in every episode, the show lacks a nucleus. The acting is good to excellent, visuals are effective, and separately, each episode is executed well. As a continuous narrative, however, there is a lack of focus. While one main character is not necessary, a central plot or perhaps setting, like the haunted house in season 1, would provide an anchor for the story. Even if each episode concluded with a lengthier freakshow performance, wherein all characters were present, there would be a sense that the plots and individuals featured in the show were connected on more than a superficial level.

At this point, watching Freak Show is a bit too similar to watching a three-ring circus. The viewer does not know where to direct their attention, and since many of the more prominent characters have become unlikable, one also doe not know whom to care about. There are few heroes in American Horror Story, and while this is perhaps meant to be a reflection of the human race in general, the lack of sympathetic characters might just create an unsympathetic audience.  CrypticRock gives American Horror Story: Freakshow episode 5, Pink Cupcakes, 3.5 out of 5 stars. 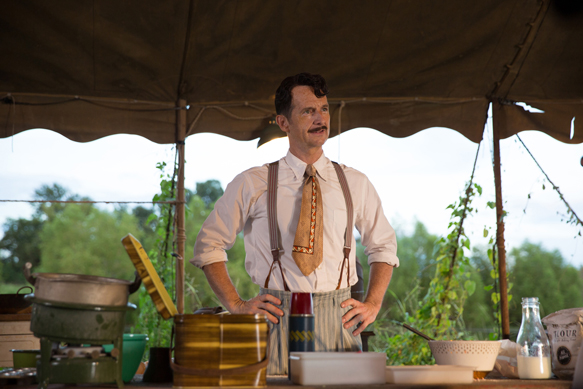 Tune in to FX network on Wednesday November 12th to see if there is hope for redemption.