In the penultimate episode of American Horror Story: Freak Show, Show Stoppers, vengeance and vindication are at the heart of the plot, and it almost seems as if there are not enough conflicts left to address in the finale. As noted before, American Horror Story: Freal Show demonstrates a strong sense of justice, and part of the fun of watching the show is knowing that the villains will suffer or die in the end, as all but one do in Show Stoppers. It is probable that this last villain standing will be the primary focus of the final episode, Curtain Call, but due to the upheaval in the Cabinet of Curiosities, it is not clear whether this particular bad guy is capable of inflicting much more damage. Perhaps Curtain Call will also offer viewers the opportunity to see the antagonist get what he deserves, and based on the shot in Show Stoppers where Meep’s apparent predecessor is introduced, it is both intriguing and unsettling to consider what kind of punishment the writers will come up with next. If they know their audience at all, they will conceive of something appropriately vile for the most hated character on the show. 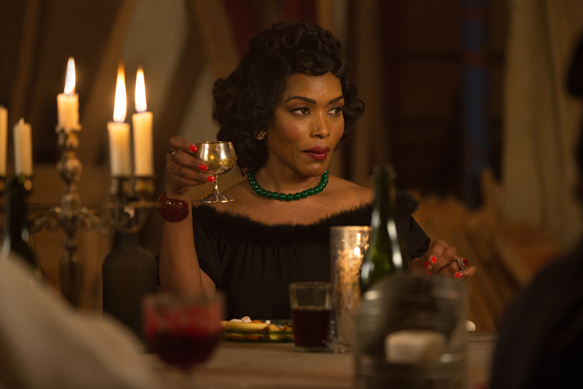 Show Stoppers opens with a party for Chester who is now the owner of the show. Stanley is presented with a gruesome gift and later takes a spin on the Wheel of Death. Maggie has outed him as the scammer and murderer that he is, and the freaks are craving revenge. To prolong his suffering, they release him from the wheel and allow him to run out into the rain in vain hope of escaping. Just before the opening credits roll, a shot from Stanley’s perspective shows the freaks closing in on him, but it is not clear until later just what they do to him to exact their revenge.

The next scene reveals a bereft, angry, and probably drunk Jimmy grieving the loss of his hands and his father. Elsa essentially tells him to buck up and when Jimmy continues to revel in his pity party, she tells him that she has contacted an old friend who can help to restore him to his former glory. Maggie comes in to change his bandages, and Jimmy berates her, blaming her for every problem the performers have faced since her arrival. Maggie again suggests that she and Jimmy run away together, and she promises she will make things right, but Jimmy is unconvinced. 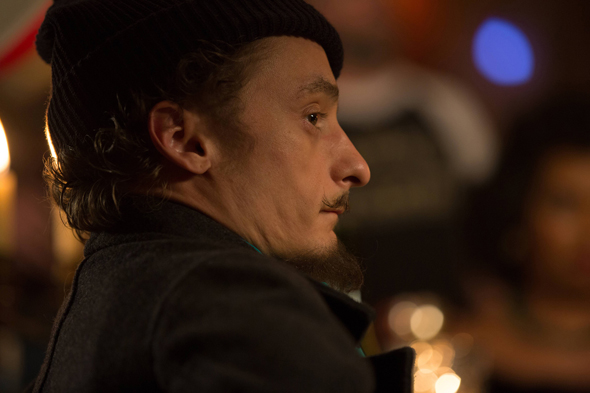 Elsa has a tender reunion with the good doctor/lost love who fashioned her prostheses, Massimo Dolcefino (Danny Huston). In a flashback illustrating the history between the two, another connection to Season 2 is revealed. The flashback reveals that after Dolcefino sought to avenge Elsa’s mutilation, he was caught and tortured by the very same Nazi scientist who later became the head doctor at Briarcliff Manor in American Horror Story: Asylum. The flashback serves as a grim reminder of the real life atrocities that took place in Nazi Germany, and Elsa, once again, becomes a sympathetic character. As Dolcefino, Huston captures a wealth of conflicting emotions in a performance that is surprisingly understated, considering the show’s usual flair for the dramatic, and when he says that the torture he endured destroyed his capacity to love, the effect is profound. Unfortunately for Elsa, Stanley’s desperate albeit truthful accusations against her have raised suspicions among the freaks about her true nature, and now she too is an object of their rage.

Speaking of doomed relationships, Bette and Dot are experiencing some awkwardness in their relationship with Chester, who allows Marjorie the dummy to “watch” them in bed. Once the twins broach the subject, he is surprisingly willing to accommodate their desires, but Marjorie is not pleased when she finds herself relegated to the floor. After Dandy later intrudes on the twins’ privacy with news about their new paramour, however, they decide that they are no longer comfortable acting as his magician’s assistants, and Maggie steps up to the plate to take their place. During a dress rehearsal for the under-new-management version of the show, the lines between illusion and reality, and past and present begin to blur for Chester, and Paul expresses it best when he arrives on the resulting gory scene exclaiming, “What in the bloody hell?!” Fed up with Marjorie’s unsavory influence on his mental state, Chester “kills” her, and in one of the more ridiculous scenes of the season, brings the doll to the police and tearfully confesses to being a murderer.

With Chester absent and Elsa desperate to flee after being tipped off by the twins, there is only one person left who can afford to sustain the show. And here viewers are left with their last villain standing. CrypticRock gives American Horror Story: Freak Show, Show Stoppers, 3.5 out of 5 stars. 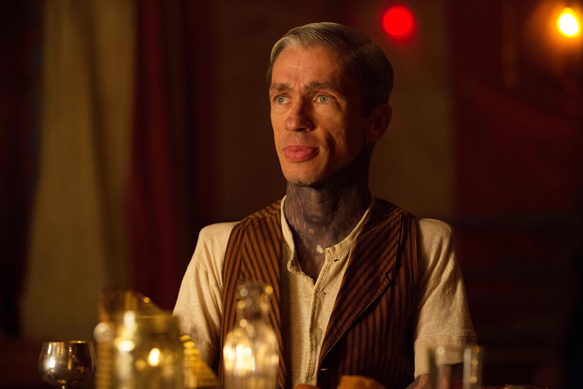