The past two episodes of American Horror Story: Hotel have taken some unexpected turns. In Episode 3, Mommy, viewers learned more about the backstories of various characters, while episode 4, Devil’s Night, centered largely on real-life horrors. Said horrors have names with which most viewers are likely familiar: Richard Ramirez, Aileen Wuornos, Jeffrey Dahmer, and Ted Bundy, for example. “Mommy” was a bit more typical of the show’s usual style, while “Devil’s Night” took a more disturbing turn, largely due to the excellent acting by those playing the roles of the various serial killers. 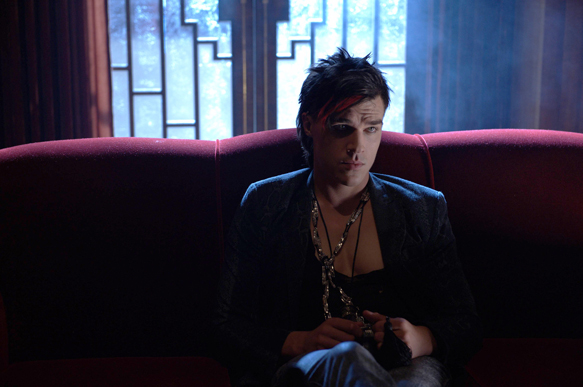 In Mommy, viewers see that Tristan’s transition into his new lifestyle is going swimmingly. With his newfound bloodlust, he has developed an understanding of James March, whose invitation to participate in a murder Tristan so recently rebuffed. March shares his secret passageways and torture chambers with Tristan, and a new friendship blossoms. Later, viewers learn more about Alex and just how devastated she was after Holden’s disappearance. It quickly becomes apparent that the strong-willed pediatrician is far more vulnerable than she seems.

Murders abound, of course, and one character, who appeared to be dead already, dies again. John’s attempts to question Sally about one of the recent deaths are thwarted when Sally begins to seduce him, and her pet demon makes an appearance. Meanwhile, Donovan is fighting with Iris, and when he suggests she kill herself, she takes him up on the offer (with help from Sally). Distraught over the demise of his relationship with Elizabeth, Donovan goes on a bender, drinking the sullied blood of as many drug addicts as he can find.

The lovely Angela Bassett appears in this episode as Ramona Royale, who is seeking revenge on her old friend Elizabeth for killing Ramona’s one true love. Right now, though, Elizabeth has other worries. Having lost all of her money to Bernie Madoff, she’s looking to marry rich, and much to Tristan’s chagrin, she begins the process of seducing Will Drake. Mommy ends with Alex discovering what her daughter already knew: Holden is in the hotel … but for some reason, he has not aged. 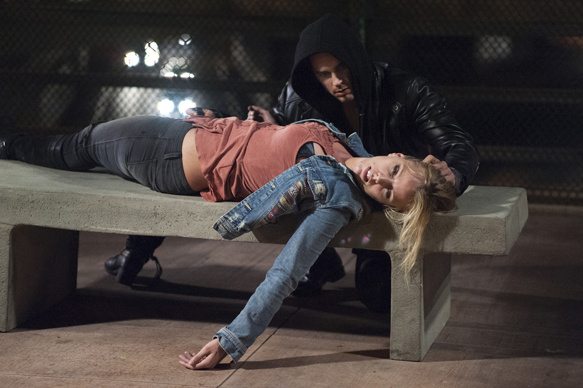 Then Devil’s Night opens with a swarthy complexioned man (Anthony Ruivivar) in sunglasses checking into the Cortez. It is not long before he kicks off the holiday festivities with a murder. Later, the other aforementioned serial killers arrive, and Aileen Wuornos (Lily Rabe) takes an interest in John, who is drowning his sorrows at the bar. (Alex asked for a divorce in episode 3.) Rabe, an American Horror Story regular, plays the role with chilling accuracy. The makeup and costuming, which turn this stunning, graceful woman into a homely, slouching killer, are incredibly convincing too. It is unfortunate that Rabe does not play a more central role this season, but as Wuornos, she really shows off her acting chops. 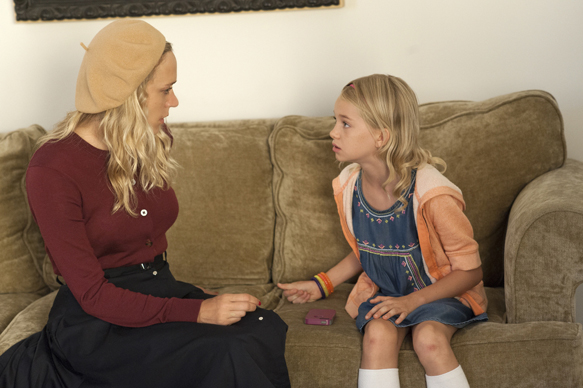 John is later invited to the serial killers’ dinner, and things take an unsettling turn. While American Horror Story is indeed campy, that these were real people with real – and numerous – victims is hard to shake, especially considering those murders were relatively recent. The dinner scenes have a different atmosphere than most of the season so far. They are more chaotic than the languid music video style of earlier episodes. Although the Dark Wave tunes are still prominent, the energy in Devil’s Night is a touch more disconcerting.

In contrast to her husband’s dealings with serial killers, Alex explores the supernatural in this episode. Accepting the fact that her son’s condition is beyond the scope of her medical practice, she heads to the Cortez to speak with the woman Holden has deemed his “other mommy.” After speaking with Elizabeth, Alex makes a decision that seems somewhat out of character, but which is not too far-fetched when taking into account the depth of a mother’s love.

In both episodes, the show continues to focus on the stories of a few central characters, so far avoiding the pitfall it often falls into of introducing too many subplots. The characters are somewhat remote, though, and difficult to relate to. While outrageous scenes depicting dead serial killers partying are creepy, they do little to advance the plot (unless the killers become season regulars). American Horror Story would do well to trade in just some of its shock-value fare for depthful scenes featuring main characters. Considering it is early in the season, though, there is still time for that, and one must give credit to the creators for their daring approach to storytelling. CrypticRock gives both Mommy and Devil’s Night 4 out of 5 stars. 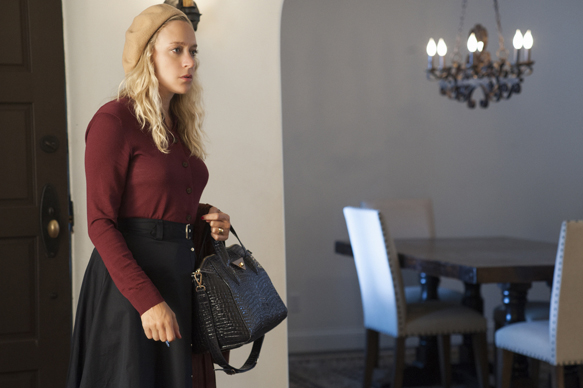