In episodes 6 and 7, (Room 33 and Flicker, respectively) American Horror Story: Hotel continues to travel back in time, giving viewers more insight into its motley cast of characters. Room 33 begins with the Countess seeking an abortion. Vampires do not die easily, though — not even in the fetal form, so despite her attempt to terminate her pregnancy, Elizabeth becomes a mother. Although viewers do not get to see the bundle of joy in all his underdeveloped glory, it is clear from others’ reactions that little Bartholomew — yes, Bartholomew — is a sight to behold. However, the real horror lies in the realization that Bartholomew, due to his affliction, is doomed to remain in the fetal form for as long as he lives.

After this revelation, the episode turns its focus to the present day, and we learn that Tristan and Liz Taylor are in love, Elizabeth is still trying to turn Will Drake straight, and Ramona Royale is still plotting revenge. John makes a shocking discovery, the Swedish twins from episode 1 seek their purpose in the afterlife, and the Ten Commandments Killer strikes again. All of this might sound overwhelming, but these varied plot points connect at some point later in the episode, marking Hotel as one of the series’ stronger seasons. The episodes this season tend to come full circle, with endings that offer a sense of finality (especially Room 33), while still driving the plot forward and leaving enough questions unanswered to maintain suspense. 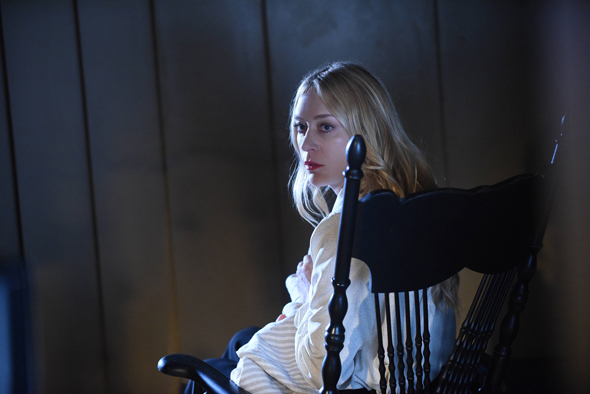 Flicker is an old term for a silent film, and much of the action in episode 7 takes place in that era. In tearing down a wall for renovations, Will Drake’s construction workers discover a couple of corpses. Like everyone else in the Hotel Cortez, these individuals are not entirely dead, and the workers meet an abrupt end at the dusty hands of the departed. Having fed, the corpses now look a bit more human, but rather old, and they set out into the hallways seeking more victims.

The episode then moves into a flashback of Elizabeth’s past, this time reaching far enough back where we see her as she was before transmitting the “virus.” A naive ingenue, she is swept away by silent-film (or flicker) star Rudolph Valentino, and his soon-to-be-ex-wife Natacha does not seem to mind a bit. The young Elizabeth enters a relationship with this beautiful, sophisticated couple, and it quickly becomes evident what their intentions are. The real-life relationship between Rudolph Valentino and Natacha Rambova was tabloid-worthy for its time, with speculation that one or both were gay and had married only for appearances. The hostility of their divorce suggests a deeper passion, however. Valentino met a tragic end, dying at thirty-one of complications following a stomach surgery, and just like in Hotel, a mysterious “lady in black” could be found weeping by his tomb every year on the anniversary of his death. In American Horror Story, that lady is Elizabeth, now infected with the same “virus” her lovers carried, and married to one James March. 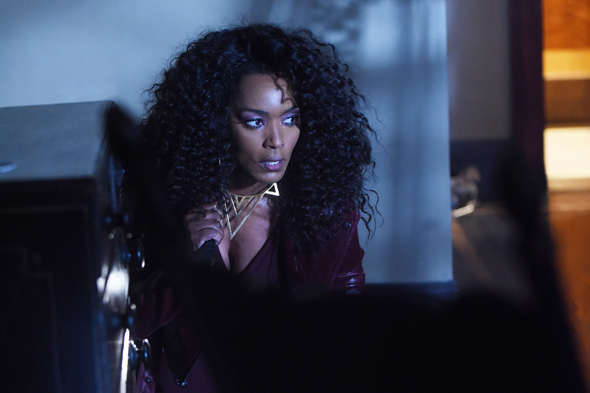 One of the delights of American Horror Story is the ability of the writers to take real life events and spin them into — well — Horror stories. However, until Flicker, most have been horrific in their own right. Drawing inspiration from the lives of silent film stars to create a story of supernatural horror was truly a bit of creative fun. Another highlight of this season, in spite of Jessica Lange’s departure, is the acting. Evan Peters is delightfully droll as James March, likable in spite of the fact that he is a twisted murderer. Likewise, Lady Gaga as the villainous Countess is wickedly sexy, and even though the role does not require much in the way of acting, her delivery is effective. She speaks with a sort of tranquility bordering on sleepiness, and this subdued cadence belies the beast behind the pretty face. Kathy Bates, Angela Bassett, and Sarah Paulson, as always, are wonderful, and those who are new to the cast measure up to the veterans.

Now a bit more than halfway through the season, Hotel is still going strong. CrypticRock gives both Room 33 and Flicker 4 out of 5 stars. 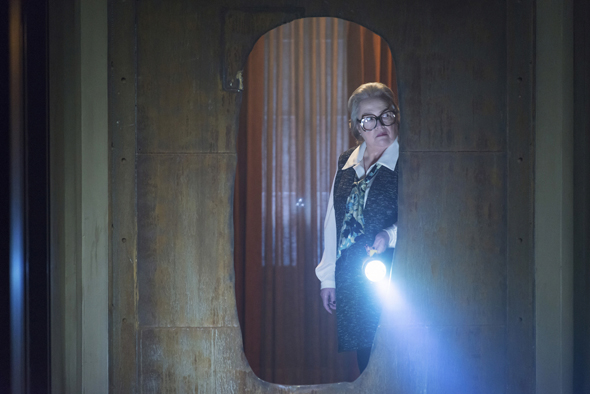 Catch the next episode of American Horror Story: Hotel on Wednesday on FX Network at 10 pm ET/PT.