With Room Service, the fifth episode of its current season, American Horror Story seems to have fully embraced its campier side, and it did so to great effect. When this show does not take itself too seriously, the resulting episodes tend to be a lot of fun. In Room Service, viewers were treated to, among other things, a junior high Vampire feeding frenzy and a bonding session between Iris and Liz Taylor which empowers Iris to carry out a very satisfying act of revenge. 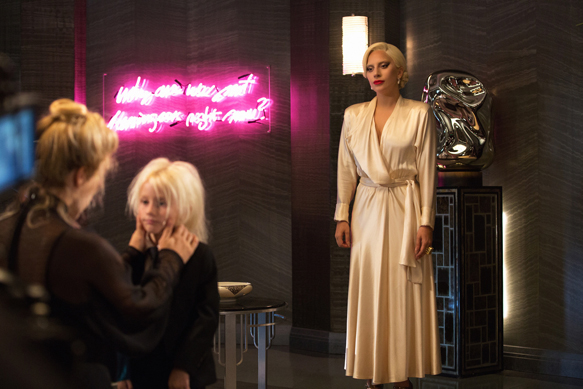 The episode opens with Alex, who, due to her reluctance to accept her new role as a blood-thirsty predator, is not feeling well. Fortunately, because she works in a hospital, it is easy for her to remedy the issue without having to inflict violence on others. Her good intentions ultimately result in mayhem, however, when she infects a tween suffering from measles with the Vampire-virus in order to save his life.

Vampire kids simply cannot be trusted to conduct themselves responsibly, and Max (Anton Starkman) quickly spreads the virus to his friends at school. The children here are nothing like the little towheaded angels the Countess keeps at the hotel. They are hormonal and bratty, embodying every junior high teacher’s worst nightmares, and they behave exactly as expected. Some viewers might experience a twinge of sympathy for the unsuspecting innocents who are slaughtered in this scene, but this is a Horror show, and ultimately, the scene is funnier than it is disturbing. Whether the writers intended the Vampire middle schoolers to represent any kind of commentary on the youth of today is unclear. 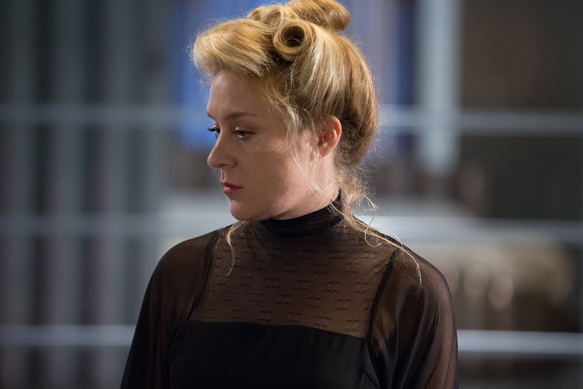 Iris is also not thrilled with her near-immortality – understandably so since what she really wanted was death. Donovan plans to use her as a pawn in his plot to get revenge on Elizabeth, urging Ramona Royale to use her as an “inside man.” When she returns to the Cortez, the misery keeps coming for poor Iris in the form of an insufferable couple who appear, seeking lodging in order to escape from all the trick or treaters. Even more spoiled and petulant than the middle school Vampires, the couple make absurd demands and berate Iris, who responds with an infuriating helplessness.

Liz Taylor soon comes to the rescue, though, sharing with Iris his own history and journey toward empowerment (and the Cortez). Denis O’Hare is outstanding in the role of the sassy cross-dresser, and the characters’ narrative is poignant. After hearing it, Iris brings the couple their pate (cat food, lovingly prepared by Liz Taylor), and when they browbeat her for not supplying the sauteed romaine lettuce they requested, the new Iris makes her debut in a shower of blood.

Finally, Detective Lowe, with his wife and son both Vampires – where is Scarlet, by the way? – seems to be the only fully living human inhabitant of the Cortez. That is not to say he is unaffected by his surroundings, though. John has been having blackouts, and one cannot help but wonder what he has been up to – other than sleeping with Sally, of course. Something seems to keep the ghouls from harming him. A touch of evil perhaps? Viewers will just have to wait and see. CrypticRock gives Room Service 4 out of 5 stars. 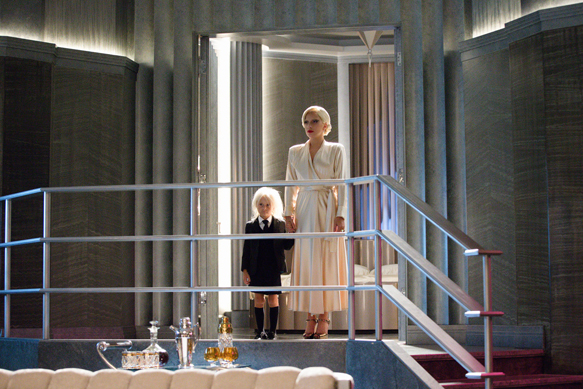