It has been clear from the beginning that there is something strange about Detective John Lowe. For some reason, the ghosts and ghouls at the Hotel Cortez endure his company – even welcome it in some cases – whereas most other living people are killed (except a few loyal staff members and, of course, anyone afflicted with Vampirism). In “The Ten Commandments Killer,” the whodunit subplot of American Horror Story: Hotel comes to its obvious close when John starts demanding answers from the hotel’s regulars. Sally fills him in, and a series of flashbacks reveals to John what viewers have likely known for some time: he is completely bonkers. 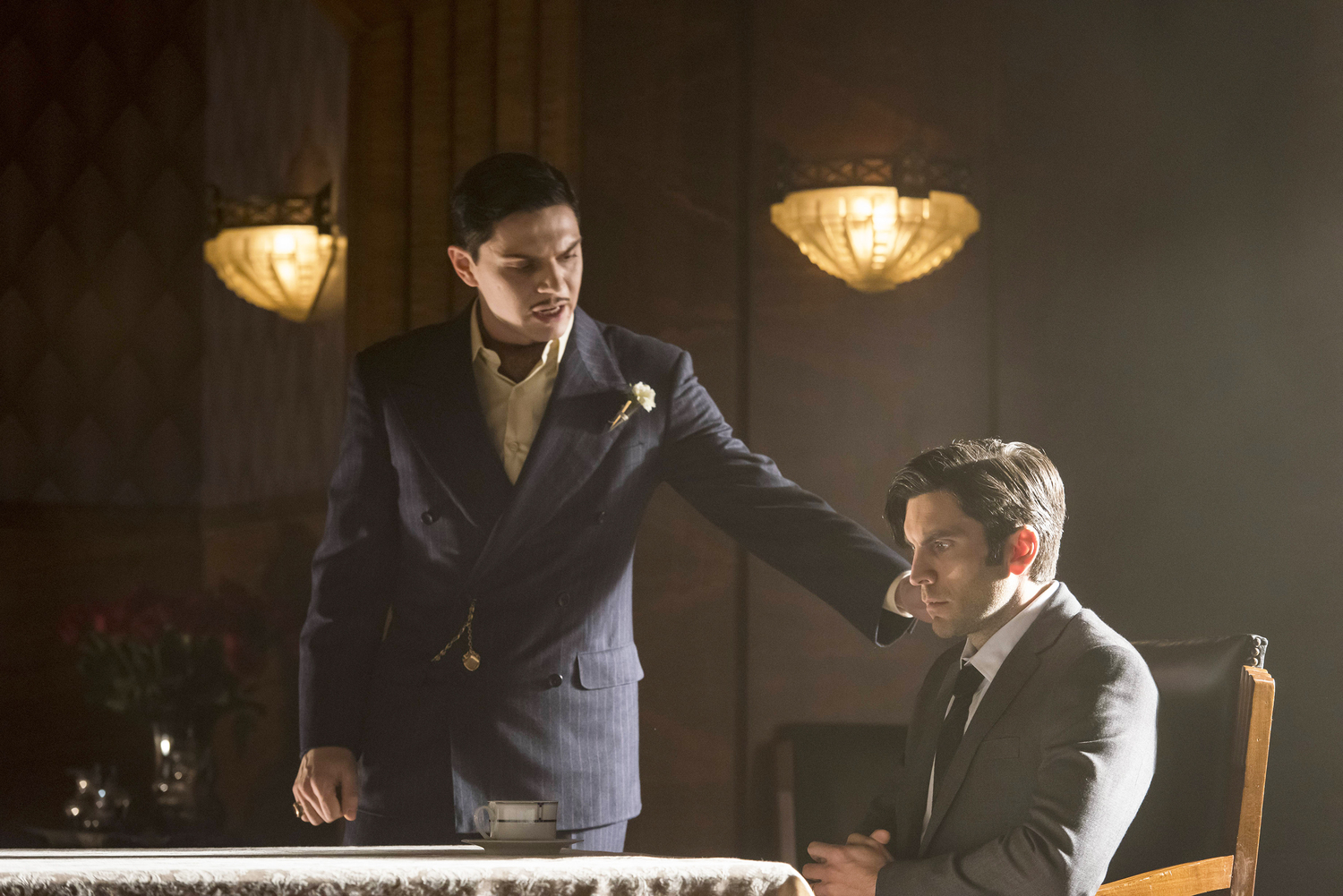 John has trouble accepting the truth, despite the fact that the big reveal is followed by a brief montage of the most obvious moments of foreshadowing that have appeared throughout the season. Remember when John was invited to a veritable serial killer convention? Ever notice how he regularly slips into fugue states and has trouble remembering how he ended up in bed with Sally? The identity of the killer is no surprise, but the explanation of how he got to that point is pretty fun. We learn that John and the Cortez crowd go back years, that Holden’s kidnapping was not just an unfortunate coincidence, and that John’s black soul was enough to draw the attention of James March away from his monthly date-night with Elizabeth.

At some point during the flashbacks, the episode takes on a film noir quality as John narrates his confession to a skeptical Detective Hahn. Hahn’s faith in his colleague’s innocence proves to be his downfall, however, as John is not nearly as willing to give the benefit of the doubt. He takes Hahn’s refusal to believe him as an affront, accuses Hahn of lusting after Alex, and deals with him in a manner that is typical of the Ten Commandments Killer. At this point, John has fully embraced his true nature. One gets the impression he’ll remember – and savor – every bloody act of justice from now on. 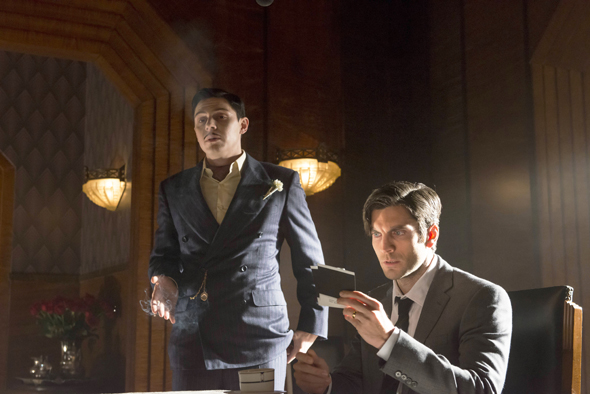 Episode 9, She Wants Revenge, brings us back to the Countess and her lifelong quest for love, a desire more intense and more damaging than her thirst for blood. At this point, she is planning her wedding to Will Drake, but she does not love him and is only using him for his money (which she will presumably obtain after his death). Soon, she is seen in bed with Donovan, and the viewer is left to wonder when and why the two reconciled. Elizabeth does seem to have sincere affection for Donovan, but now that her first true love, Rudolph Valentino, has returned, it is not clear how there could be any hope for Donovan. One can only assume that Iris is correct when she warns him about Elizabeth’s inability to love him. Similarly, Miss Evers appears to Drake, offering warnings about Elizabeth, but he dismisses her, and the wedding happens as planned.

Although Elizabeth loathes March, especially now that his involvement in sabotaging her relationship with Valentino has been revealed, the “she” who is seeking revenge seems to be Ramona Royale. Elizabeth does in fact have a list of people she would like to eliminate from her life, but it seems this is more a matter of convenience or peace of mind. Ramona, however, is pissed. Unfortunately for her, her greatest ally, Donovan, is once again loyal to Elizabeth, and his agreeing to help Ramona is simply a means of making it easier for Elizabeth to get rid of her. By the episode’s end, Ramona is captured, but still alive, and it is unclear what Elizabeth has planned for her other than observing her via surveillance camera, which generates some suspense for the next episode. 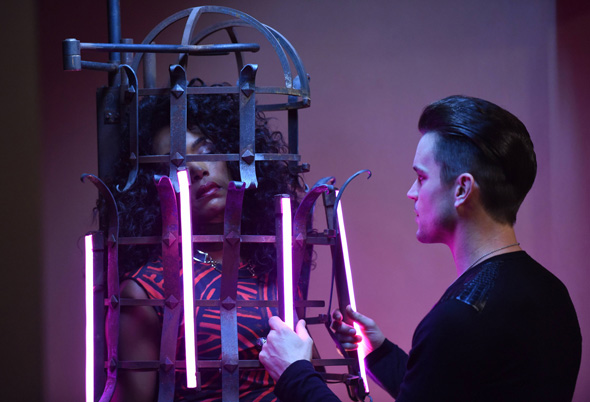 The most interesting aspect of the Elizabeth vs. Ramona subplot is that it is unclear which character the writers intend for the audience to sympathize with. Elizabeth is cold, cruel, and cunning – a villain so perfect that it would be a shame for anyone to poke holes in her apparent invulnerability. At the same time, though, Ramona seems justified in her desire for revenge. She is also more human and far more relatable than her nemesis. In She Wants Revenge, viewers learn more about her history, with a decent amount of time allotted to telling the story of her father’s tragic decline into dementia, his death, Ramona’s desperate attempt to save him by turning him, and her ultimate resignation to the fact that he has been gone for a long time. In contrast to Ramona, it is difficult to surmise Elizabeth even having parents. It is easier to imagine that she simply sprang into existence, already an adult and well-versed in the ways of the world. It will certainly be interesting to see how the drama between these two powerful women plays out.

Episodes 8 and 9 continue to drive the plot of Hotel forward, the former focusing primarily on The Ten Commandments Killer, and the latter addressing everything else (including those bratty Vampire kids from episode 5). CrypticRock gives both episodes four out of five stars. 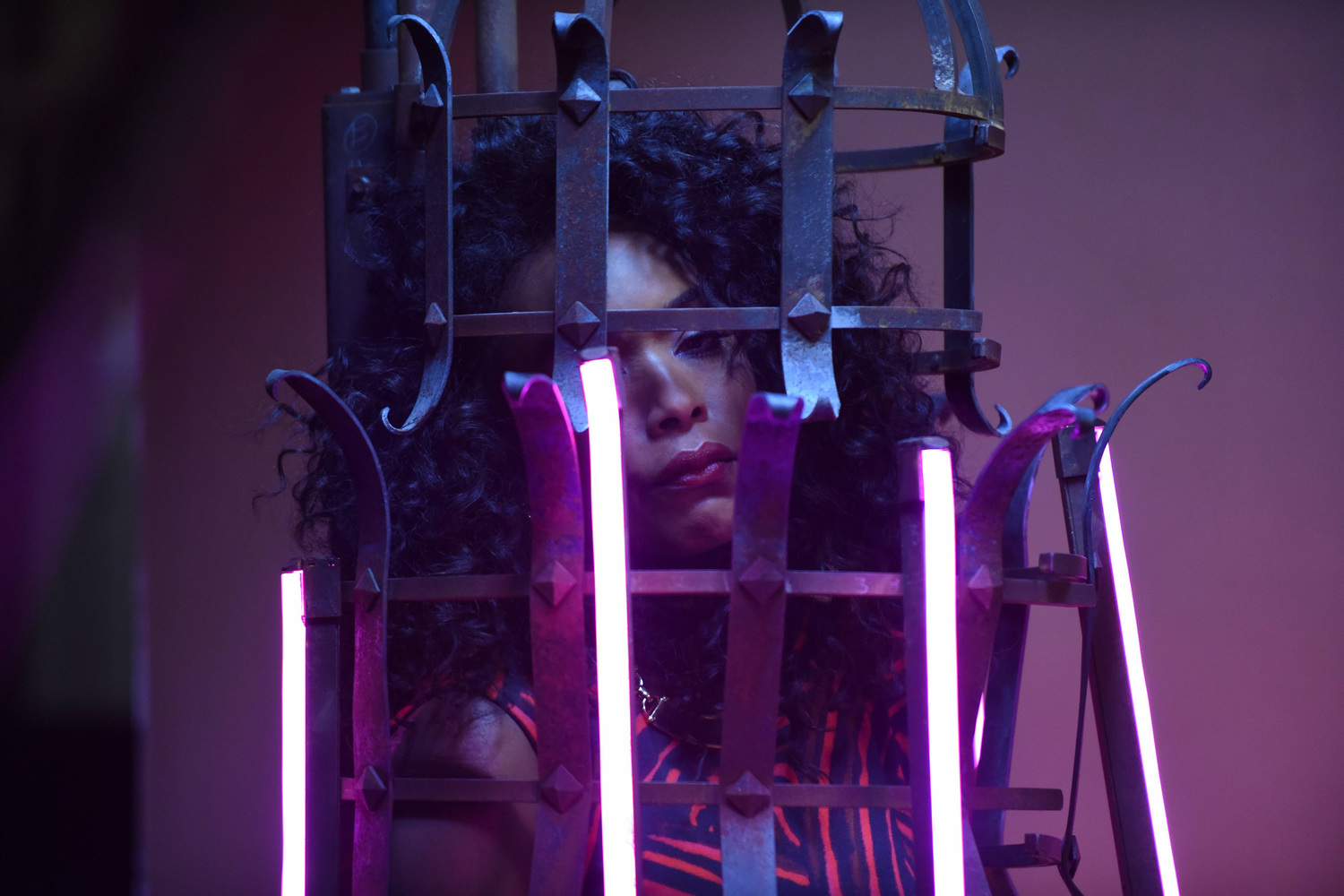