American Horror Story, the horror-soap opera hybrid created by longtime collaborators Ryan Murphy and Brad Falchuk, will return to the FX network for its fourth season on October 8th. Previous seasons have focused on a haunted house in California, a Massachusetts insane asylum run by a very corrupt staff, and a coven of witches vying for the role of ‘Supreme’ (coven leader) in New Orleans.

Although each season has an entirely new plot, setting, and characters, the tone remains consistent, and familiar faces pepper the screen. Actors, most notably Jessica Lange, tend to take on roles that are similar to the ones they had in previous seasons. The plot will invariably include a salacious love story and flashbacks to an earlier America. Then, of course, there is the element of horror. The three seasons so far, although wildly different from each other, also share a less obvious theme: outcasts feature prominently in the plot, and are often the most relatable characters.

Along with writing, directing, and producing popular shows including Nip/Tuck and Glee, Ryan Murphy is known for his interest in advancing gay rights, as well as those of the disabled community. His and Falchuk’s consideration of “the other” is evident in all of their shows, and American Horror Story is no exception. It provides a sympathetic portrayal of outcast characters, those who are different, disabled, or alienated in some way, without being pandering. In this show, the oddballs are the most endearing, while the beautiful people are the ones you hate to love. 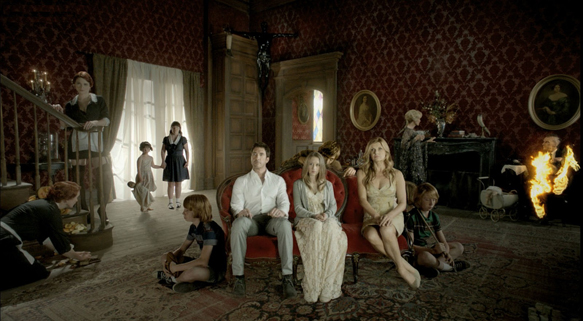 Season 1, “Murder House”, brought viewers the other in the form of an alienated teenager, a rebuffed mistress, and a man disfigured by burns. In Season 2, “Asylum”, viewers were introduced to a lesbian reporter, an interracial couple, and a variety of asylum inmates deemed unfit to mingle with mainstream society. In Murphy and Falchuk’s skilled hands, these characters were some of the best, and the roles were far from exploitative. Season 3, “Coven”, features the group most comfortable with their otherness, their differences empowering within the context of the female bond, the strengths and pitfalls of which the writers explore deftly. 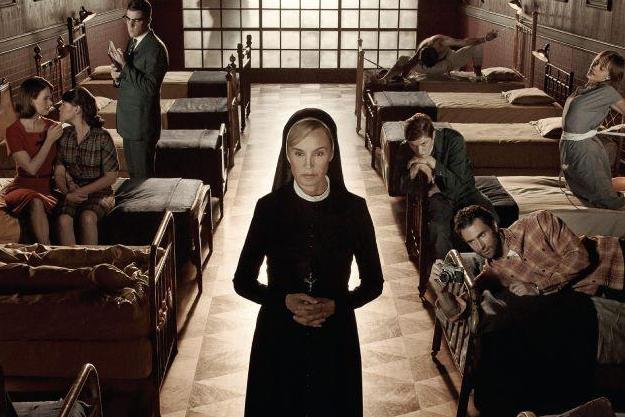 When faced with the threat of witch-hunters — all men, of course — the coven members are united in the shared goal of preserving their kind. Even the coven’s fierce arch rival, voodoo queen Marie Laveau (played flawlessly by Angela Bassett), assists the coven during one of the more satisfying moments of the show. When distracted by pride, competition, or the desire for eternal youth, however, the group fractures, and the witches become vulnerable. White magic turns black, innocent people die, and early twentieth century axe murderers are inadvertently resurrected. In any case, these women embrace their otherness. They strut down the streets of New Orleans clad in black, in massive hats, exuding an air of superiority and subtle contempt for the rest of us. Queenie, played by Gabourey Sidibe, is especially charming. Otherwise known for her titular role in Precious, a character that has become emblematic of the tragic, impoverished, and obese black girl, Sidibe positively shines as Queenie. In this role, she is allowed more room to play, and, unapologetic and comfortable in her own skin, shows viewers how well magic suits her. Perhaps the easiest character to root for is the outspoken and confident Nan, a clairvoyant witch with Down Syndrome, played by Jamie Brewer who made her on-screen acting debut in “Murder House”, and who will return for Season 4. 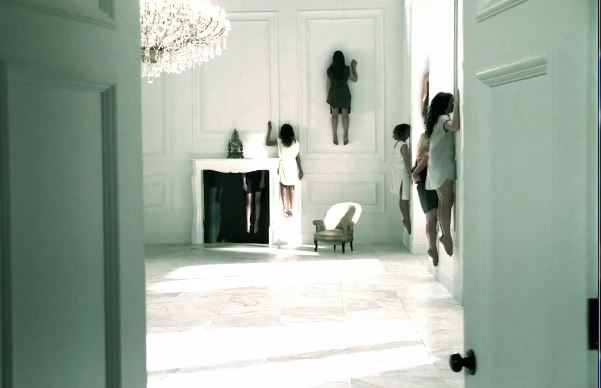 In spite of its cast of misfit characters, none of the American Horror Story iterations have lived up to the hype as far as horror goes. Its promotional posters and teaser trailers are more frightening than anything that actually appears in the show. It attempts to appeal to the 50 Shades of Gray crowd and the hardcore horror crowd alike, alienating the former with substantial gore, and disappointing the latter with a lack of anything truly scary.

There is hope for Season 4, though. The setting this time is a Florida freak show in the mid-twentieth century. Among those returning to the series for Season 4 are Angela Bassett, Kathy Bates, Frances Conroy, and fan favorite Jessica Lange. Do not expect to be afraid though. Perhaps the key to enjoying American Horror Story is to accept it for what it is — a show that straddles multiple genres, not quite fitting into any single category as neatly as fans might wish. There is no better way to emphasize this fact than by means of a freak show narrative. Like its characters, American Horror Story is an outcast, and that is what makes it endearing.