Canadian twin sister writers/directors Jen & Sylvia Soska are known for conjuring up violent and primeval horror films such as Dead Hooker in a Trunk (2009) and the upcoming sequel See No Evil 2 (2014).  In 2012 they brought horror fans one of their most interesting and thought-provoking films entitled American Mary.  Premiering at the London Frightfest Film Festival in 2012, the movie had a limited theatrical release in the USA in 2013 and became available on Blu-ray/DVD later in the year. 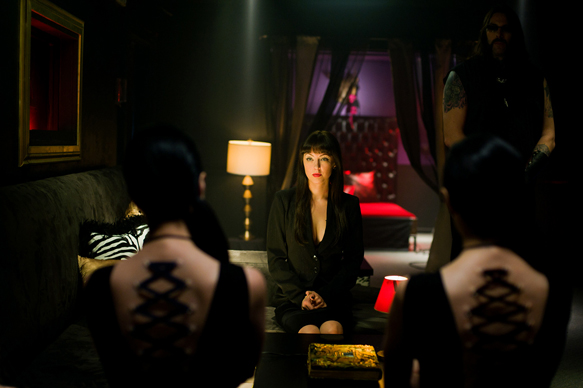 Rather than relying on external supernatural forces like many other contemporary horror films, American Mary focuses more on the darkness deep within ourselves and our own ability to stray from the light.  Veteran horror actress Katharine Isabelle  (Ginger Snaps series, Freddy vs Jason), leads the cast as a bright attractive Medical Student struggling to make ends meet and pay her bills. Having run through all the possible ways to make money and still become a Doctor, like many others before her, Mary finds herself  resorting to applying for a job as a Stripper. Initially, the interview goes as expected until the club owner discovers she is a medical student.  Mary is then taken to an underground room beneath the club to find a tortured man in which she is offered $5,000 to save the man’s life.   Conducting the service, Mary is initially disgusted, but consequently meets a whole host of new people seeking extreme body modification.  Upon discovering she could help these people, make substantial money doing so, and thus resolving her financial issues.

Her new found wealth draws the attention of her former teacher Dr. Grant which invites her to a party with other Doctors. Dr. Grant misinterprets Mary’s income source to prostitution and results in him drugging and raping her. Clearly a horrific action on his part, but also a massive mistake to mess with a woman who is trained to use a scalpel. Mary does not allow this incident to hold her back and delves full-time into the body modification scene while simultaneously exacting a fitting and bloody vengeance upon Doctor Grant.  Despite her best intentions, Mary’s life not only does not go to plan but spirals out of control in several scary directions. 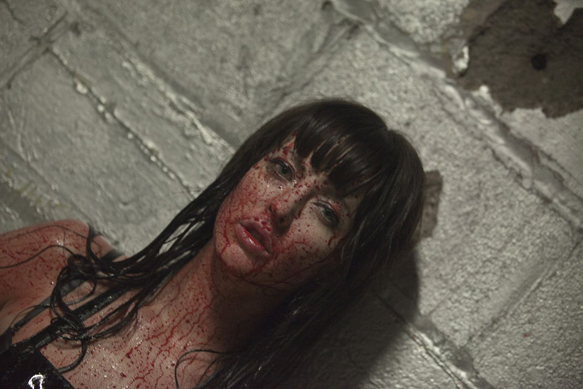 American Mary will keep you on the edge of your seat, keep you amazed and horrified at what some people willingly do to themselves.  The Soska sisters make a cameo in the movie as twisted twins who wish to be bound in a most unusual way.  While warped and brutal, a big plus for American Mary is that unlike the remake of I Spit on your Grave (2010) , you don’t feel like you are watching Mary suffer needlessly for long before you are able to witness  her seek revenge. You will be surprised at how likeable Mary’s character can be and your wanting for her to succeed, despite the dark path she chooses. American Mary is a must watch for horror fans looking for something original, dark and fearlessly honest.  CrypticRock give this movie 5 out of 5 stars. 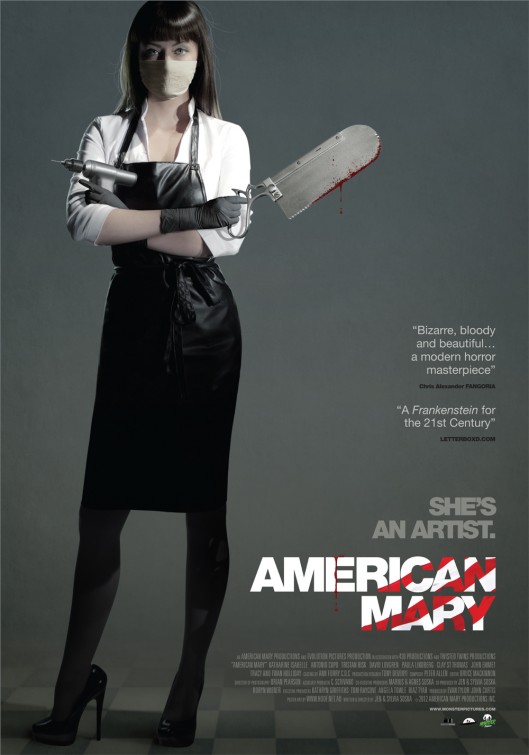