Every house has a history to be explored but what happens when your new home is legendary for all the worst reasons possible? Keeping the Amityville saga fully alive and bloody-well, Amityville: The Awakening arrived to Google Play – for a limited-time free run – on October 12th; was released to select, nationwide theaters on October 28th; and now arrives on Blu-ray/DVD, as well as On Demand and Digital HD, on Tuesday, November 14, 2017, thanks to those creepy kids at Lionsgate. 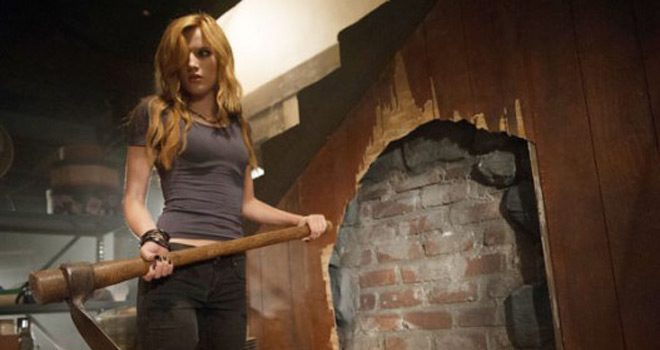 We open with news footage and clippings from 1974 on Long Island, when six members of the DeFeo family were murdered in their sleep by their own son/brother, Ronald Joseph DeFeo Jr., at 112 Ocean Avenue in Amityville, New York. This segues us into present day and the Walker family, who are at the spooky center of Amityville: The Awakening. Desperate, single mother Joan (Jennifer Jason Leigh: Single White Female 1992, The Hateful Eight 2015) has just moved her family to Amityville to be closer to her sister Candice (Jennifer Morrison: House series, Once Upon a Time series) and to seek better medical care for her son James (Cameron Monaghan: The Giver 2014, Gotham series), who is trapped in a persistent vegetative state.

Predictably, teenage daughter – and James’ twin – Belle (Bella Thorne: Shake It Up! series, The DUFF 2015) is not particularly amused with this move, while seven-year-old Juliet (Mckenna Grace: Fuller House series, Designated Survivor series) is like most youngsters and fairly-resilient. Along with their German Shepherd Larry, the family move into the gorgeous, three-story colonial at 112 Ocean Avenue.

Before the entire family has even entered the house, Larry is already scratching at floorboards in the living room and whimpering. Somewhat predictably – if you know your Amityville real estate – what transpires in this beautiful house on the water quickly spirals from move-in day blues to eerie visions, creepy nighttime occurrences, and an ever-present fly. When Belle finds herself taunted at her new high school for living in the infamous murder house, she will quickly learn that there is an important piece of the puzzle that her mother held back before their move. Quick to point her in the right direction for research is fellow wannabe-Goth Terrence (Thomas Mann: Project X 2012, Me and Earl and the Dying Girl 2015), and his friend, third attempted-Goth Marissa (Taylor Spreitler: Melissa & Joey series, Kevin Can Wait series). 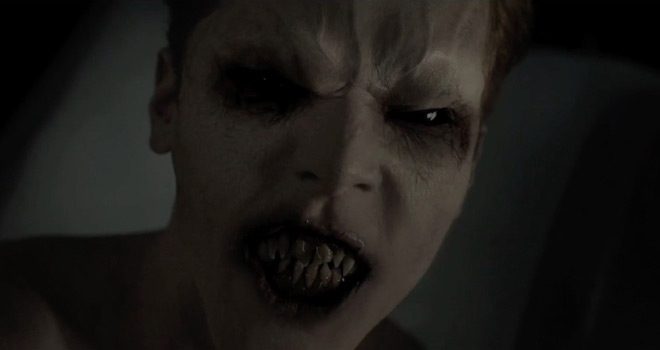 With the fresh knowledge of the legend behind her new digs and events within the house growing increasingly bizarre, Belle will have to convince her mother that 112 Ocean Avenue is not the right address for their family before the Walker clan meet a similar fate to the DeFeo’s. Presented in 1080p HD and with Spanish subtitles available, Amityville: The Awakening clocks in at 87 minutes in-length and contains a special bonus featurette: “The Making of Amityville: The Awakening.” Featuring a production staff that included Jason Blum (Insidious 2010, Get Out 2017), Daniel Farrands (Halloween: The Curse of Michael Myers 1995, The Haunting in Connecticut 2009), as well as Casey La Scala (Donnie Darko 2001, The Remaining 2014) among others, the film was written and directed by Franck Khalfoun (P2 2007, Maniac 2012) and is an enjoyable entry into the Horror/Thriller genre and Amityville legacy.

Here is what you need to know: Amityville: The Awakening was clearly not shot at 112 Ocean Avenue in Amityville or, in truth, anywhere near Long Island. In fact, the actual murder house has, in an attempt to shun its infamous past, been rechristened 108 Ocean Avenue. (That is your free Horror trivia for the day and you are welcome!) So, while the house in the film – from one angle – might be mistaken as similar, it is not. Thankfully, in no way does this impact heavily on the film, provided you are willing to suspend your disbelief. Furthermore, Amityville: The Awakening is superb at paying homage to the 1979 original with visual and auditory references, as well as literal on-screen plugs to both the film and Jay Anson’s novel that kicked off the entire craze. Oh, the horror!

The cast here are a mix of talents with one of the strongest acting performances going to Monaghan (as James), who literally spends the bulk of the film as a pair of googly eyes in an immobile body. Thanks to a horrific twist and some stellar CGI, Monaghan ultimately creates one superbly creepy twin brother, suffering under a horrific possession. Leigh (as mom Ruth) is solid in her role as the obsessed mother-hen who merely wants her son to improve, while Thorne (as Belle) is equally solid as the confused and haunted main character. Worth noting: Kurtwood Smith (RoboCop 1987, That ‘70s Show series) also stars as Dr. Milton. 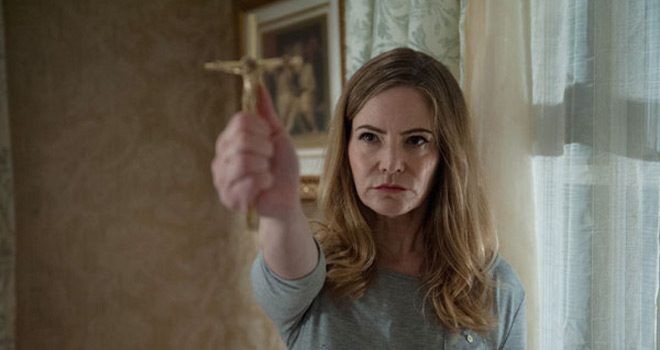 The overall creep factor runs at mild here, with several jump scares peppered into a film that presents windows that open and close on their own; talk of possession, hauntings, and the occult; visual hallucinations and nightmares; blood splattered wallpaper; spooky basements with secret rooms; and all that eerie goodness. As the film is rated PG-13, you cannot expect much in the way of exploitative gore or true horror. It is, in a sense, Diet Horror.

Despite these shortcomings, Amityville: The Awakening is a fun entry into the ongoing, never-ending saga of Amityville, one that is careful to pay tribute to the original. While this film maintains a modern-day setting and a plot-line anchored in the present, it is careful to never take away from the 1979 classic. There is a respect and admiration for the beginning of this legend, one that makes Amityville: The Awakening an intriguing film to imbibe on a cold, dark Saturday night. Whether or not the actual property on Ocean Avenue is actually haunted, one will probably never know; but please remember that a real-life family did perish there in a heinous and brutal crime. For some reason, this fact continues to thrill audiences nearly 40 years later and, with Amityville: The Awakening, the legend is alive and very well.

Attempting to avoid all possessed homes in real-life but appreciating them on Blu-ray, CrypticRock give Amityville: The Awakening 4 of 5 stars. 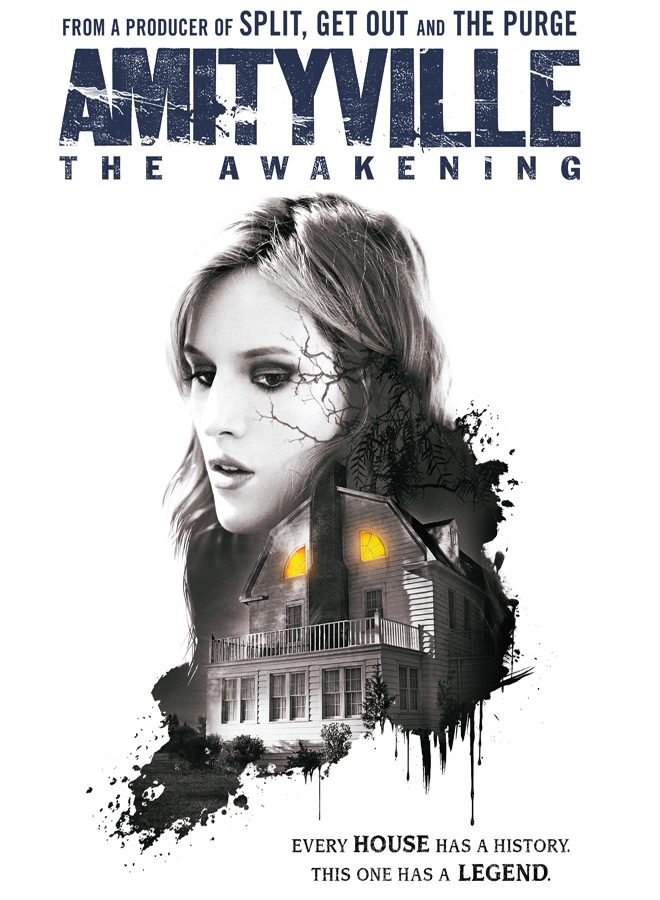