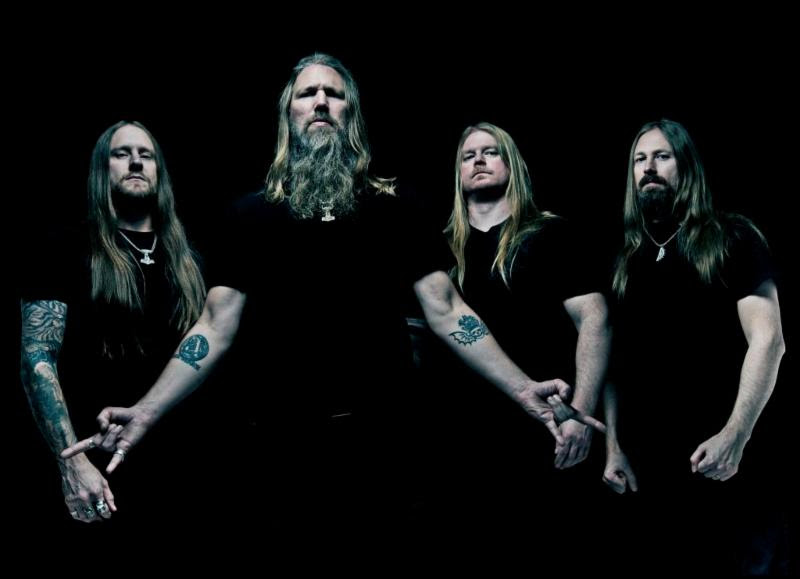 There are very few assurances in life, but one thing fans of the Metal scene can hang their hats on is the promise and delivery of a new Amon Amarth album. Now up to number ten with 2016’s Jomsviking, the Swedish horde continues to grow in appeal despite an apparent lack of variance in theme, sound, and album art. Nevertheless, in the fine spirit of ‘if it ain’t broke,’ Amon Amarth instead marches down the path they have been treading once again.

Will this wind up mundane for some of their fans? Perhaps, but if there are dissenters out there, they are growing fewer and farther between. The band’s latest effort benefits from the sterling production of Andy Sneap, whose work ensures a crystal clear result with no loss of heaviness and impact. Released on March 25th, 2016 via their longstanding label Metal Blade Records, the album also features new drummer Tobias Gustafsson, who took over the kit following the departure of Fredrik Andersson (1998-2015). In addition, the eleven track journey is a concept album, the first such themed album in Amon Amarth’s history. Always a band to give listeners compelling lyrics, this time Amon Amarth build around the story of a scorned man exiled from his home and separated from the woman he loves.

What Johan Hegg, Olavi Mikkonen, and Ted Lundström – the founding core on vocals, guitars, and bass guitars respectively – have successfully used to their advantage is simple. The Pagan Metal explosion, now a solid 10-15 years old, which waxed and waned in popularity just like any trend, featured a lot of bands who thematically embrace the same Viking, Norse mythology, pillage and drink mead tropes Hegg has been growling about since 1992. The difference is that many of these bands (eg. Finntroll, Korpiklaani, Turisas, Eluveitie) became so immersed in the traditional instrumentation and Folk melodies that they were bound to wind up retaining only the most dedicated of Folk Metal warriors in their fan-base. The difference is, Amon Amarth plays melodic Death Metal and tells their stories with robust riffery, big choruses and silky guitar leads. And these things, when synthesized properly, simply do not get old.

With all that said, opening song “First Kill” features some very Carcass-like guitar phrasing before the experience of the Viking warrior is enunciated by Hegg. A catchy chorus sure to win over the fans follows with some driven riffing and double-bass drums laid down with one purpose in mind – to move pits and inflame hearts once again. The soloing in “Wanderer” is stirring and once more, the guitar leads are reminiscent of Bill Steer’s (Carcass) playing style. ‘The Way of Vikings,” despite the generic title, builds in a most soundtrack-like fashion. Yet Amon Amarth keeps it simple instrument-wise. This is one of the most admirable traits of this long-running band; they truly rely only upon the typical guitar/drums/bass guitar foundation to formulate their tales. Synths are kept to a minimum – present in the mix on this song in particular, but not at the forefront at all.

“On a Sea of Blood” will also appeal to a wider range of fans than only those who watch the show Vikings. Why? Listen to the riffs – fans disappointed in the latter day direction of In Flames will rejoice at the Swedish melodic death metal on offer. Again the chorus is arranged in an almost Power Metal fashion – at this point its plausible that when anyone in Amon Amarth sneezes a great chorus shoots out of their nose. Yet within the same song are thrash riffs Testament and Kreator would be proud to call their own. Johan Söderberg (guitars 1998-present) and the aforementioned Mikkonen rip as confidently as they always do. “One Thousand Burning Arrows” is another example of the superb guitar playing of this duo. Lovely leads work playfully over the bottom end and Hegg’s growl, like banners whipping atop an attacking ship.

One of the most pleasant surprises on Jomsviking comes by way of collaboration. The song “A Dream That Cannot Be” features one of Heavy Metal’s most venerated and legitimate voices – Doro Pesch (Warlock/Doro) singing opposite Hegg’s hefty rumble. Doro sounds every bit as gritty as one would expect, her massive voice adding a new dimension to both Jomsviking and the canon of Amon Amarth. “Back on Northern Shores” closes out the album in windswept fashion, with a slow burning rhythm building up in delivery, sure to fire the blood of Amon Amarth’s growing fandom.

Jomsviking is another dent in the ax-bitten shield that is Amon Amarth’s career. How many ways can this ancient northern culture be described? How many stories about warriors and battles and personal triumph can be told? Well, the same can be said for the devil, war, politics, self-hatred, and any recurring theme in the footprint of expression that is Heavy Metal music. As long as the stories are dressed up in the riffs, choruses, and delicious might in which Amon Amarth cloak them, fans will want to dive into their bloody universe again and again. CrypticRock gives Jomsviking 4 out of 5 stars. 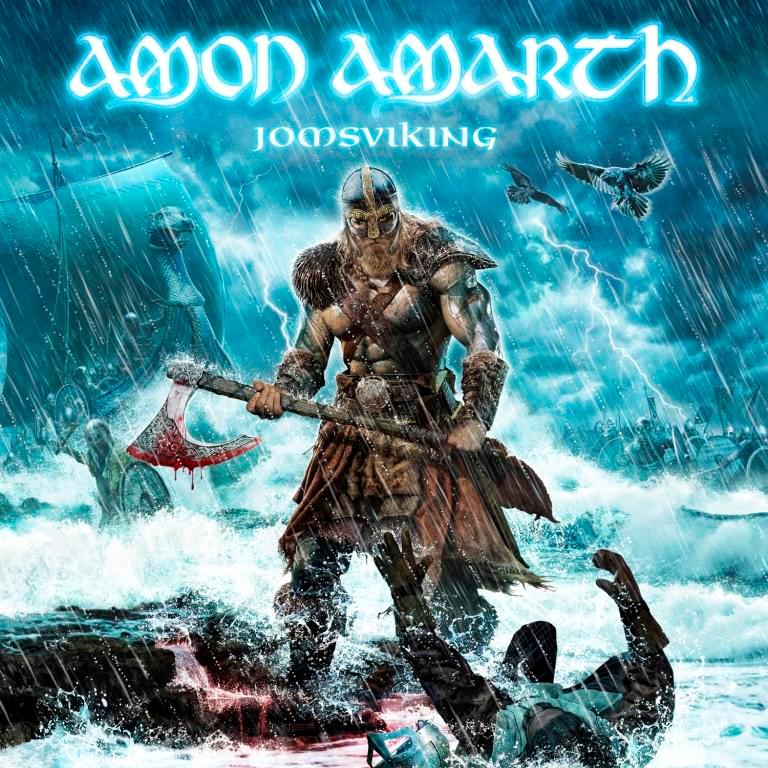