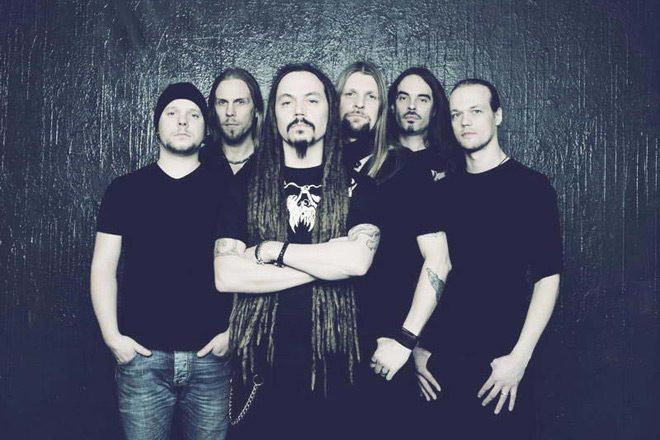 Hindsight is more than just a look back at history. It allows the ponderer to reflect on the lasting effects of whatever it is one happens to be considering. For Amorphis, 2007 was arguably one of the most important times in the Finnish band’s 27 year existence. On August 29th of that year, the Melodic Death Metal pioneers released Silent Waters, their eighth full-length album, via Nuclear Blast Records.

On the surface, at the time, one might have argued that its appearance and location along the band’s timeline was not particularly noteworthy. Re-energized by the hiring of Tomi Joutsen on vocals, 2005’s Eclipse album was certainly a more momentous occasion. Perhaps the seminal 1994 album Tales From The Thousand Lakes, which put the band on the international map, comes in first in terms of most important happenings. Even 1996’s Elegy, as sublime and accomplished an album as one could hope for, featured the appearance of a new vocalist and a shift in direction.

That is where the wisdom of hindsight comes into play. If Eclipse was the turning of a page, then Silent Waters was the great chapter to follow; the presentation of a plot-line that would make or break this post-millennial iteration of Amorphis. The former album represented the solidification of a lineup that had theretofore seen umpteen players vanish from the orbit around founding Guitarists Tomi Koivusaari and Esa Holopainen. It was a catchy return to form, the band as blissfully melodic as the sweetest parts of Elegy, as well as rough and heavy as anything pre-1995. They were showing their fans that, after an uncertain crop of years that saw them getting lighter and more jazzy, the boys from Helsinki could still rock our damn faces off.

The question now begged, where would they go from here? Amorphis, smiling, polite, and businesslike as always, presented their answer in the form of Silent Waters. In Joutsen, the band had a vocalist every bit as versatile as Pasi Koskinen (1996-2004), but focused and hungry in a way the erstwhile singer simply was not. This talent synthesized with the aforesaid guitar tandem, the matchless brilliance of Keyboardist Santeri Kallio, and the rock-solid bottom end of Bassist Niklas Etalävuori and Drummer Jan Rechberger. It was a lineup that was still just getting started together, and they would remain unchanged for the next decade, until Etalävuori parted ways with them during their most recent US tour (spring 2017).

Silent Waters, with its lush Travis Smith cover art, displayed its intent from the get-go. From the vines twisting around the logo, to the secret nocturnal lake and its rose-hued swan, the old magic could be felt lurking beneath the surface. Returning to the Kalevala mythos, the lyrics were poetic odes to the verse of Pekka Kainulainen. Centering around the character of Lemminkäinen, the mood and stories of the ancient people of Suomi once again came into focus.

The songs contained within the album’s 46:49 showed a collective whose craft was honed not only by their talent, but by the sharpening of their own creative mission. Folk Metal’s wave was just about crashing at this point, while Doom and Black Metal were rushing in to take its place. Some of Amorphis’ contemporaries were unrecognizable from their own beginnings, chasing whatever muse or trend appealed most. The Finns, however, kept on keepin’ on. Everything else be damned.

One thing any digestion of Silent Waters yields is the rich mixture of vocal styles employed by Joutsen. The textures of the music were replete with an acoustic undertone in the guitars in many places, even as the typical wondrous leads and magnificent keys emboldened the tunes. “Weaving The Incantation” opens the proceedings and it does just what the title suggests. Joutsen growls with heart, and sings with all the melancholy of a cold Lapland night.

Amorphis mixed the album at Finnvox Studios, produced it at Sonic Pump Studios – all big names in their nation’s music scene. The vocal production was handled, masterfully and daresay perfectly, by Marco Hietala, who fans may recognize as a big part of Nightwish and Tarot. Whether because of or in spite of these able-bodied professionals, the pure catchy joy in a song like “A Servant” just seems to be something Amorphis was designed to create. It romps and runs, easy as moonlight sliding over the surface of any one of a thousand lakes.

The title track, for which a video was made, stands as one of the finest organized arrangements of musical notes the band ever glued together. The way it builds over the gorgeous keys and solid back beat, climbing up and up until the chorus grabs the listener’s heart, is simply unforgettable.

Not only were the tunes strong in their own right, there was also a dramatic soul within them. It was like the band was pulling the struggles of yore up through some conduit that only they could perceive. “Towards and Against,” with its driving beat, is a fine example of this. For the listener, it is helpless immersion. “I of Crimson Blood,” undoubtedly an Amorphis song, with the piano intro and the lovely coalescence of riffs, contains a palpable personal component in its heart. Kallio paints portraits of sound over the guitars, complementing them without overtaking them. Though they had told these types of stories before, and filled their songs with solemnity and grace, this was a perceptible step up.

This is to say nothing of the balladry of “Her Alone,” one of Joutsen’s finest moments behind the microphone. For fans who yearned for acoustic reprisals of “My Kantele,” Amorphis showed the Folk Metal set that they wear that crown too, donning and doffing it with unparalleled ease on both “Enigma” and “Shaman.” Poetry in acoustic motion, it is adventure and campfire mysteries wrapped in a gorgeous harmonized package. Take it out and hold it in your hands listeners. These songs never get old. The latter tune bespeaks the same splendid melodiousness found on “Brother Moon” from the aforesaid Eclipse album. Some background vocalists (including Hietala) only enrich the bardic tale-telling at hand.

Following the mid-paced, driving power ballad “The White Swan,” the gorgeous and uplifting “Black River” concludes the album. The listener might think okay, it is over, they cannot possibly catch our hearts in our throats any further. Then 1:45 happens and the melody and leads simply lodge themselves even further into the heart.

It is difficult to say where Silent Waters will fall in the minds of Amorphis fans when the band finally lays down their instruments. Their latest album, 2015’s Under The Red Cloud, is a stunner, and what can be said of the classic second and third albums mentioned above, whose place in Heavy Metal lore is as storied and celebrated as one could hope. Looking back ten years, Silent Waters is undoubtedly one of the strongest, most focused and beautiful works of art to spring from the cortex of these Finns. It was arguably the touchstone from which the Tomi Joutsen era truly took off, and we are lucky the good ship Amorphis seems to have many voyages left in its adventurous heart. 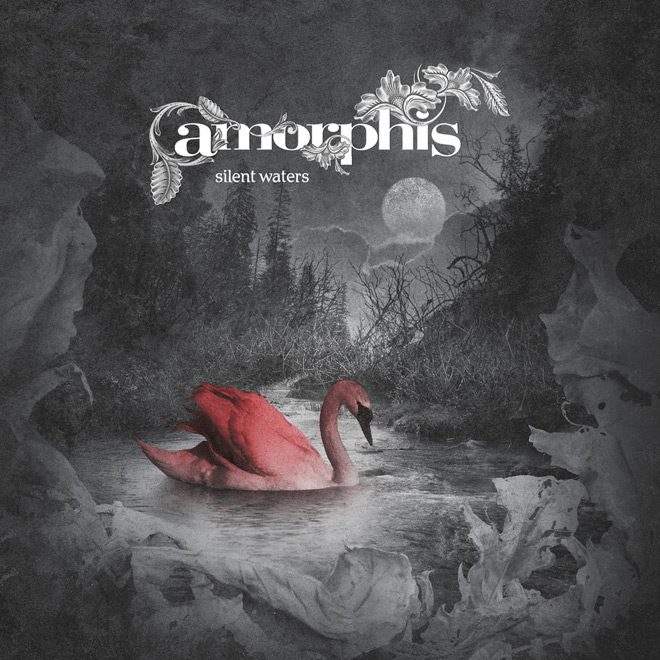