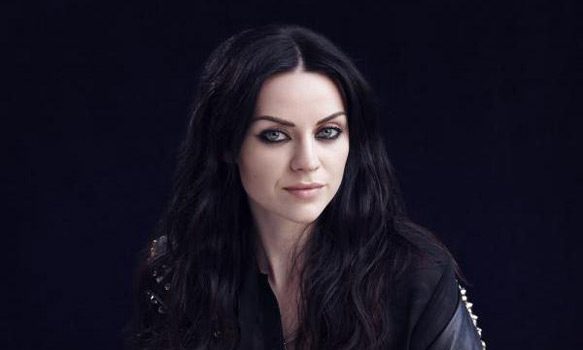 Amy Macdonald – a phoenix, a contender, a singer with tales to weave from the land of haggis, kilts, bagpipes, and a legendary lake monster.

To those not in the know, Macdonald is a Scottish-born singer-songwriter and guitarist, who just so happens to have sold somewhere-in-the-neighborhood of nine million records worldwide. Her debut album, This Is the Life, arrived in 2007, and became a No. 1 hit record in the U.K., Denmark, the Netherlands, and Switzerland. Macdonald achieved only moderate success in America, though she appeared and performed on The Ellen DeGeneres Show and The Late Late Show with Craig Ferguson. Additionally, This Is the Life would peak at No. 92 on the U.S. Billboard 200.

Reportedly, Macdonald has sighted influences ranging from Travis to The Killers and the Libertines. These gentle influences were put to record on her 2010 sophomore effort, A Curious Thing, followed by 2012’s Life in a Beautiful Light. Both albums produced singles that charted in the UK and Macdonald would go on to appear on various British and foreign television shows including Loose Women, This Morning, The Album Chart Show, and Taratata in France. On the Polish version of The X Factor, Macdonald performed her song “Slow It Down” with second season finalists, girl group The Chance.

This all amounts to a very intriguing young musician, and on February 17th, Macdonald returns with her fourth studio album, Under Stars. Released via Melodramatic/Mercury Records, the eleven-song collection of Pop vocals and Folk songwriting making up Under Stars is a beautiful anthology of personal tales from the life of a touring songstress.

Under Stars opens with “Dream On,” the first single/video from the album. Macdonald’s contralto croons about not allowing anything to possess the power to drag you down – be it relationships, life’s daily minutiae, etc. The track is a solid representation of this collection: catchy, upbeat, and with an infectiously positive melody. Many of Under Stars‘ tracks are similar in topic like, for instance, title track “Under Stars,” where Macdonald sings, “You’re living under stars and stripes. In life you’ve got to spread your wings, don’t worry about the little things.” Be who you are, be free.

Those who cannot afford those counseling sessions, Macdonald is here to give you plenty of free advice: consider standing on the edge, preparing to take that “Leap of Faith” toward a better day with Macdonald by your side. Your story is not yet written, she advises in “Never Too Late.” There is still plenty of time to make a difference, change your mind, stand your ground, make someone proud, or simply create a big splash. When life falls down around you, “Prepare To Fall.” Macdonald advises that even throughout the highest of highs, we need to keep our feet aimed at the ground and prepare ourselves for that inevitable crash landing. Life’s highs are followed by lows, don’t you know? “Good guys always finish last, power corrupts and good turns bad,” Macdonald sings. In short, the game of life has “The Rise & Fall,” take a moment to digest it all.

Much like Terry in the classic 1954 film On the Waterfront, Amy could have been “The Contender;” for listener’s hearts, that is. She is “covered miles and miles to get here, only for you to cast me aside.” This is not the sole relationship song on the album, “Feed My Fire” also discusses issues of the heart. Then, in the album’s closer, Macdonald is like a phoenix, singing of her rise “From the Ashes” and that, often times, another rebirth may be necessary, as well.

Notable is the fact that the deluxe edition of Under Stars contains eight acoustic bonus tracks: “Under Stars,” “Dream On,” “Prepare to Fall,” “Leap of Faith,” “Automatic,” “Down By the Water,” “The Rise & Fall,” and Bruce Springsteen cover “I’m On Fire.” This is a bonus collection that truly highlights Macdonald’s talents and a must-have for fans.

Amy Macdonald crafts positive lyrics full of sage wisdom, infectious melodies, and beautifully sincere Pop stylings. Her brand of Folk Pop is sure to appeal to a very wide audience. To make a very bad analogy, if you  have never heard Amy Macdonald, consider Dolores O’Riordan of the Cranberries crossed with a Folk Edwin McCain: a songwriter who weaves a beautiful tale that is something beyond a simple Pop song. She is not a zombie or your love’s suicide, she is just a singer-songwriter with sincerity. Under Stars is a lovely collection of stories and personal wisdom from the life of a touring musician, and CrypticRock gives Amy Macdonald’s Under Stars 4 of 5 stars. 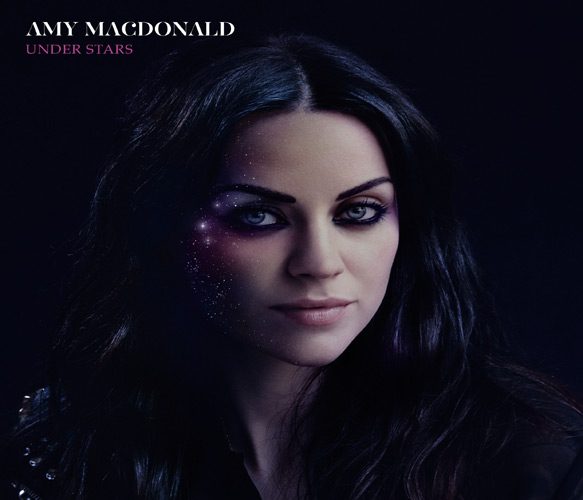