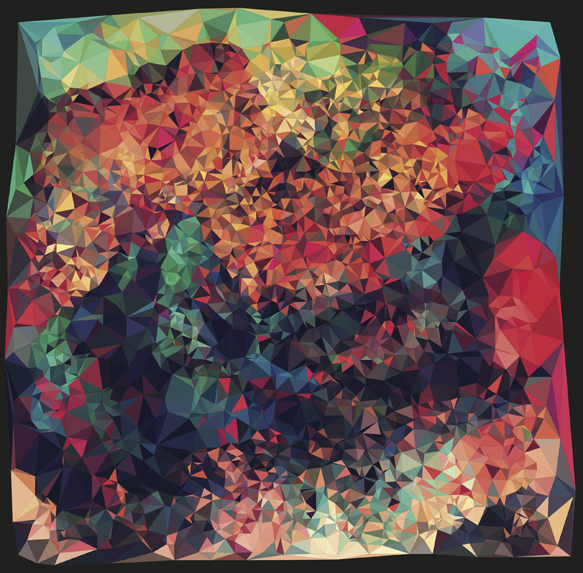 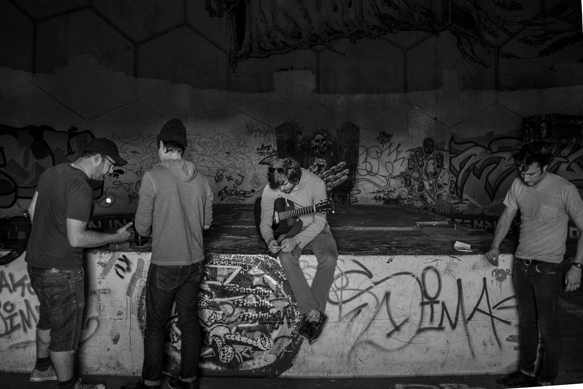 Analog Rebellion’s Ill’e Grande is like a kick in the balls throughout music history. Each song has influences from just about every genre known to man, and then it even invents some while it is at it. This brand new album features the talented Daniel Hunter with noteworthy contributions from a list of musicians.  It is interesting to note that Hunter at a young age already has three feature length records under his belt. Ill’e Grande releases February 18th, 2014 and will be the fourth Analog Rebellion record.

What is haunting about “Ill’e Grande”, the self titled opening track, is the very Robert Plant-like Led Zeppelin vocals echoing throughout the track. What kicks ass most about this track is the grooving bass line and even more powerful guitar solo that kicks the song up a notch just when it needs it. It would be no surprise to hear that guitar lick in the background of a movie trailer or in a Nokia phone commercial… it is that catchy and good.

“Out Of Your Mind” is track number two off of Ill’e Grande. It starts off with a cold open. You hear cars honking and what sounds like some dude in a car getting frustrated in traffic before he enragingly says “Look at this friggin turkey!” The opening is reminiscent of the spoken dialogue from Weezer’s “Sweater Song”. In fact, this is the most Weezer-sounding song on the record, specifically reminding you of Weezer’s cult classic record, Pinkerton. Instead of many different sounds being coupled together, this track puts the spotlight on the guitar and the synth. In this song, we also get a better listen to the vocals of Hunter. He has a high-pitched vocal with a raspy edge and it works well with this kind of futuristic, synthetic punk sound.

“Goblin King” is the next track off of Ill’e Grande. When you first read the track name of “Goblin King” it reminded you of the Magic the Gathering Card of the same name, but after hitting play you will no longer be thinking about trading card games. In fact, you make be thinking if David Bowie and Muse had a child it would be “Goblin King”. This song is high octane and also has a bit of a Rush’s “Tom Sawyer” feel once the synth kicks in.

Directly follow is a track entitled, “ATM”; envision Surfer Blood meets Vampire Weekend meets OKGO. The guitar lick in this track brings us back to The Strokes hit song, “Reptilia”, and who doesn’t remember trying to get a high score on that in Guitar Hero. Even the vocals in this song make you want to pick up your surfboard and just hang ten.

“Hot Shit” is something you might have heard before. Not because you think you are hot shit, but because Analog Rebellion had a pre-release of this track that is streamable on Soundcloud.  The song has perhaps the most grunge rock sound on the record. With a lot of bass distortion, megaphone sounding vocals, and garage sounding guitar rhythms, this changes gear from where we once began on Ill’e Grande. While the song clocks in at only 2 minutes 11 seconds, it lives up to its name by packing in a lot of in-your-face hot shit in a very short amount of time.

With so many good songs on this album it is hard to pick just one that stands out, but “Now I Am a Cobra” certainly does. It has a slow jam groove you can lean into like a Frank Ocean song, but yet still retaining that eerie sound like in the Pixie’s “Where Is My Mind?”. It may just be another new genre Hunter has created all his own.  Then we move into a solely instrumental song with “The Genre Is Self-Aware” which clocks in at 1 minute 34 seconds. This also marks about the midway point through Ill’e Grande.  The track features mostly bass guitar and drums and closes with a melodic violin that fades out.

Following the instrumental track is “Group Of Thieves” which may baffle philosophers and music critics alike for centuries.  This track has a bit of a cold opening, starting off with the sound of a squeak which could be from a dog toy or a rubber ducky.  Sound effects aside, “Group of Thieves” is a song that will undoubtedly be stuck in your head for days on end. With a captivating lyrical  introduction, it is nearly impossible to not find yourself lost in the words of Hunter.

“Draw That Armadillo” is perhaps the weirdest track on the album.  In all of its weirdness, there is still a very important aspect of this track to be glorified and that is the vocal ability of Hunter. Who knew an individual could be so passionate about an armadillo?  Nevertheless it works well.

Moving along, “We’re Not Talking to Anymore Lawyers” is easily the most radio-friendly off of Ill’e Grande. Everything about this song is catchy right down to the “ooohs” and “ahhhs” resounding in the background.

“I Am a Ghost” features a clean guitar sound that is very wet with reverb and what sounds like a bit of tremolo effect. Just when you think this might be a slow jam, an over-driven guitar solo with lots of wah effect comes to kick you in the teeth. The vocals are very different on this track than the wide range of other singing techniques we have already heard from Hunter on the album. At this point you will find yourself saying you never heard an album before that features so many diverse styles and this song  just further displays the wide range of musical talent that Hunter possesses.

The album closes with “Sing With Me Kelly,” which is perhaps the most Beatles sounding song of all from the offering. Reminiscent of some of the recording techniques heard on the classic Revolver (1966) album, finishing the record off on a Beatles like crescendo of violins and orchestral instruments similar to “A Day In The Life”. “Sing With Me Kelly” tops off what will probably be the most interesting and eclectic record you will have the pleasure of listening to in 2014.

Ill’ Grande maybe received as the best Analog Rebellion record to date with a wide range of vocal ability, genre inclusion, and witty lyrics.  It is an album unlike anything you have ever heard and one to watch out for this year.  CrypticRock gives Analog Rebellion’s Ill’e Grande 5 out of 5 stars.