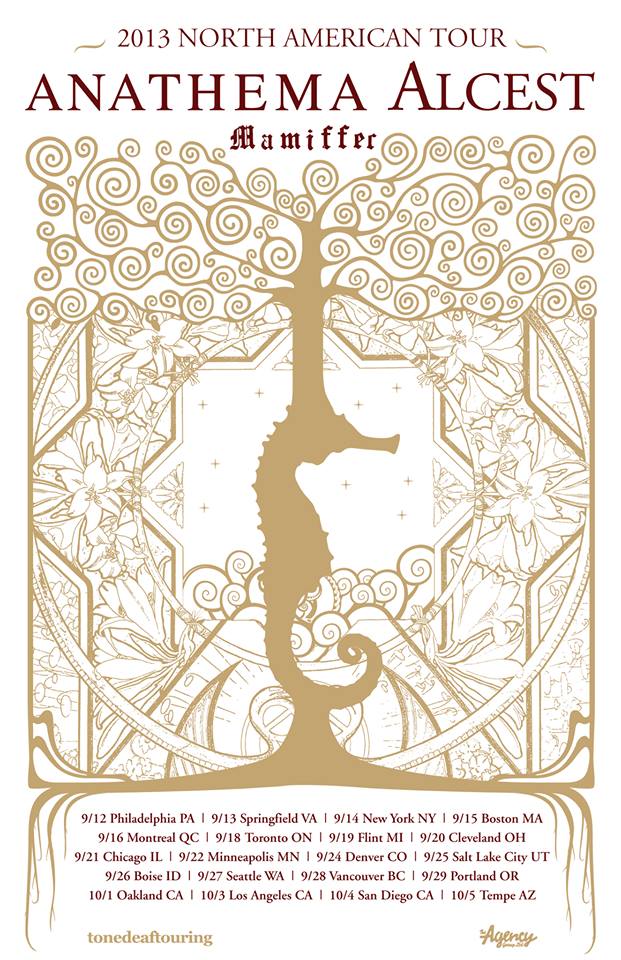 Anathema has announced its most extensive North American tour in the band’s celebrated career with co-headliner Alcest and special guest Mamiffer.

Anathema has only performed twice as a full band in North America at the infamous Milwaukee Metal Fest 2000 and 2001, as well as supporting a few dates of Blackfield’s 2011 tour as an acoustic duo. The fall 2013 co-headlining tour has the band visiting many cities in both the U.S. and Canada for the first time, beginning September 12 in Philadelphia.

The tour will also coincide with the release of Universal, a concert film on CD/DVD and Blu-ray directed by acclaimed photographer/filmmaker Lasse Hoile (Porcupine Tree, Opeth) out September 17, 2013 on Kscope. The audio / visual release captures a special one-off gig at the ancient Roman theatre of Philippopolis where the band was joined by the Plovdiv Philharmonic Orchestra.

The film and album capture the magic of this unique evening as the band started on its lengthy world tour in support of its most successful album, Weather Systems. Universal will be available as an audio visual CD/DVD and Blu-ray.