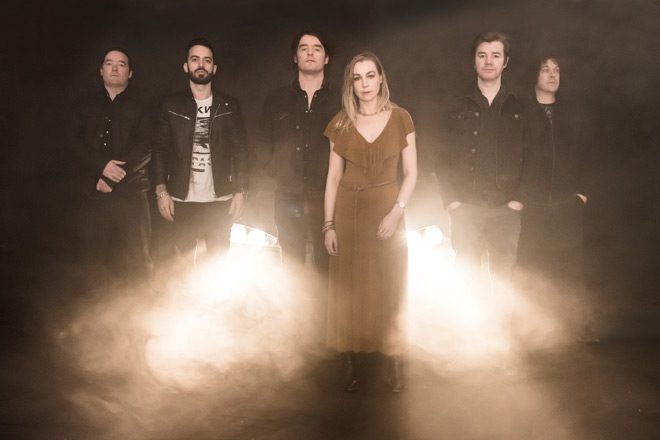 Optimism is a mental attitude hard to come by these days. With so much negativity bogging us down between talking heads spewing one-sided views on the news, keyboard warriors filling social media with antagonistic rants as they hide behind computer screens, and the complete disconnect of humanity, what is there to be positive about? Well, fortunately there is something, art, but for the sake of this argument, more specifically, music.

A passion that has bled from the pores of Daniel and Vincent Cavanagh for decades now, the two make up the head that lead UK Rock band Anathema. Joined by their other brother Jamie on bass, John Douglas on drums, Lee Douglas on vocals, and Daniel Cardoso on keyboards/additional drums, together, they bring listeners The Optimist.

A follow-up to the band’s dazzling 2014 effort, Distant Satellites, The Optimist was conceived in the winter of 2016 at Attica Audio in Donegal, Ireland and then completed at Castle Of Doom studios in Glasgow with Producer Tony Doogan (Mogwai, Belle & Sebastian). Set for release on Friday, June 9, 2017 via Kscope, The Optimist marks the band’s eleventh studio album in their long history.

Speaking of the band’s history, it is certainly a rich one filled with peaks, valleys, and unexpected turns. Initially begun as a Death Metal band, with Doom Metal leanings, Anathema have come a long way since the early days of 1993’s Serenades. This is not to say their early material was not nearly as potent as their later work; prime examples of brilliance can be heard on 1995’s The Silent Enigma along with the even more experimental efforts of 1996’s Eternity and 1998’s Alternative 4. The point is, much like life, it has been an unpredictable journey for the band, one filled with highs, lows, and everything in between. Each album has left its mark, including 1999’s Judgement, which clearly was a turning point for Anathema. Although, if you ask them, they very much look at 2001’s A Fine Day To Exit their true transition, self-proclaiming it the record that truly honed their skills as songwriters.

Interestingly enough, over fifteen years later, the idea behind A Fine Day To Exit resurfaces with The Optimist. Not a concept album in the classic sense that one would expect, The Optimist follows the story of an nameless and faceless person on an unparalleled journey. The details are not necessary as to who the individual is because it is the music that acts as the road map. This is ever so evident as the album opens with “32.63N 117.14W” as listeners become the passenger while a driver turning the dial of the dashboard tuner, looking for just the right station. From here, the road trip ensues and, along the way, there is plenty of sights to see.

Acting as the first song, “Leaving It Behind” is a fitting anthem begging to let go of the trials and tribulations that weigh us down. A track that builds into a heavier Rock piece, Anathema slow it down in the blink of an eye, bringing on the angelic voice of Lee while a lonesome piano follows on “Endless Way.” Building into a grand composition filled with colorful instrumentation, Lee’s singing shines brightly over the top of the full orchestration. A counter reaction, Vincent returns on lead vocals for the album’s title-track as he too follows a piano solely in the tracks opening minute. A further exploratory look at leaving troubles behind and starting new, the song builds its own story and soon takes on qualities of earlier Anathema tones as heard on Judgement. By design or accidental, it is brilliant and will certainly be endearing to long-time listeners.

At this point in the excursion, the instrumental “San Francisco” acts as a cleansing of the soul, washing the mind of previous bad memories and focusing on the broad horizon of potential ahead. Refreshing and hopeful, in the eyes of listener, this could mark the point the driver has finally found their new beginning. With a fresh perspective, they drive forward with “Springfield” as Lee’s voice fades in and out in a haunting fashion. Leading into an explosive climax of guitar, keyboards, and drums, like riding waves on the ocean, it settles down as voices whisper in the furthest corners of the mind as others pass on by.

From here, the album finds a groove following with “Ghosts” and “I Can’t Let Go.” The latter is a piece which sounds like it was cut from the same fabric as A Fine Day To Exit 15 years earlier and it is the perfect cruising tune, complete with an upbeat and lively guitar melody. Then it is back to a more mellow sound reminiscent of Judgement, but rather than feature Vincent or Daniel on vocals, it sees Lee taking the lead for “Close Your Eyes.” Utilizing a different recording technique than other tracks heard on The Optimist, for this song, Lee’s voice is much more compressed and in the listener’s ear, acting as a one on one lullaby dressed with jazzy influence.

Allowing the album to take on its own life, moments of more aggressive acceleration come with heavy guitars and dynamic vocals as affectionate emotions take over “Wildfires.” Chilling, the words “it’s too late” will resonate in the listener’s mind long after the final note rings out, no doubt leaving some moved far enough to shed a tear. Recollecting and taking a deep breath, much like a drive home that takes much longer than one expected, The Optimist reaches its final destination with “Back To The Start.” Clocking in at nearly 12 minutes, the lengthiest song of the album takes on a Beatlesque atmosphere as tempos alter and Anathema pull out all the stops with orchestration and choir-like vocals, making for a beautiful soundscape.

An album which must be listened to from start to finish in one seating to truly appreciate it, The Optimist is yet another milestone in Anathema’s story. Adding to the overall excellence, the album has a very energetic feel to it thanks to the band’s decision to record live in the studio together. Most of all, the songs are flawlessly executed with just the right kick in the ass when needed, as well as the most delicate subtleties throughout. Undoubtedly curiosity consumes us and we all want to still ask, who exactly is The Optimist? Is it Anathema? Is it merely a fictional character? Is it each and every one of us? How about all of the above, The Optimist is the human spirit and Anathema has captured it magically. Yet another masterpiece, CrypticRock gives The Optimist 5 out of 5 stars. 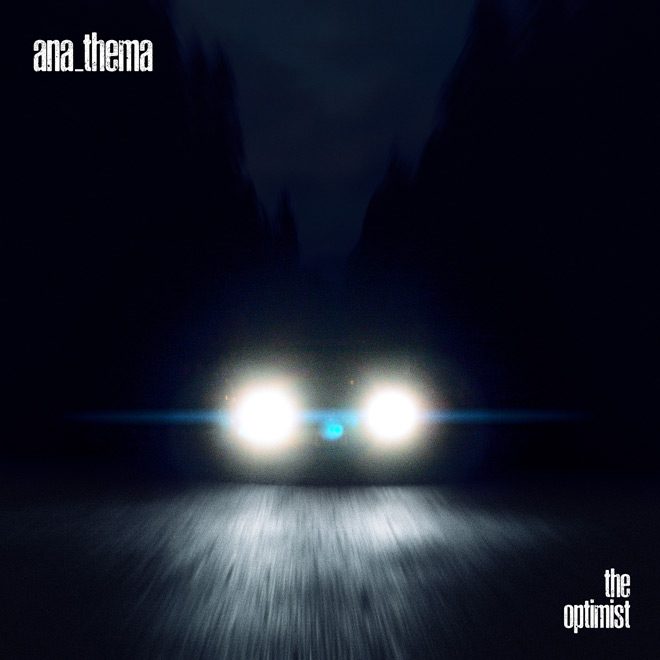