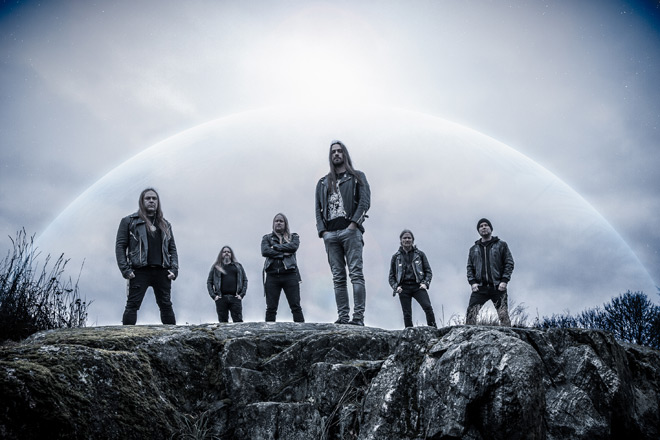 Those who were raised with Extreme Metal music all tend to have one thing in common. They never truly leave the fold. Out of the billions of humans infesting our planet, this form of expression most certainly appeals to only a finite number of them. So when someone gets it, they rarely if ever forget about it for good. Lately, the scene has witnessed the reformation and/or continuation of a number of dormant bands, including more recently the creative, enigmatic …and Oceans from Vaasa in the musically prolific nation of Finland.

Following an eight-year stint as Havoc Unit ending in 2013, the band has not truly been …and Oceans since 2005, nor have they had a full-length album out since Cypher in 2002. All that is about to change, because on Friday, May 8th, 2020, Cosmic World Mother will land upon the earth via their original record label Season of Mist. …and Oceans is back, and they sound savagely pissed off (in a good way.)

For those who have followed their career, …and Oceans made two albums of hyper-fast Black Metal with sort of oddball lyrical content and two albums of Proto-Industrial Blackened Metal. While the first of those latter two, 2001’s A.M.G.O.D., absolutely rocked, the aforesaid Cypher didn’t quite hit the same mark. It’s anyone’s guess what these unique songwriters will come up with now, eighteen years later. That is perhaps most exciting of all.

As “The Dissolution of Mind and Matter” bursts out of the speakers, it is clear where …and Oceans is stylistically seated. Machine-gun drumming steamrolls in, courtesy of Kauko Kuusisalo, with the shattering growl supplied by none other than Mathias Lillmåns of Finntroll fame. Symphonic keys from Antti Simonen seat well in the mix, coming up when they need to be heard, adding dimension but not at all detracting from the axes of original members Timo Kontio and Teemu Saari.

The swagger and blast of “Five of Swords” is a bit of ‘what might have been’ had a band like Dimmu Borgir opted to experiment less. This is Symphonic Black Metal without losing the recklessness and the danger. There is ample melodic keyboard phrasing done over a slower tempo, but when Lillmåns screams the title over returning blast beats, it creates a delightful trade-off between the light and the torrid dark.

The fury of the title-track, while maintaining the hyper-blast and adventurous keys, is tempered by an electronic break in its latter half which underlines the Industrial influences at play within this creative unit.

For some old school Black Metal riffing, look no further than the apocalyptic “Vigilance and Atrophy.” This song possesses so much of that fist-in-the-air, epic nameless feeling of Black Metal, and it illustrates exactly why people fall in love with this stygian form of expression in the first place. The break at 1:45 and the ensuing blast over repeated riff are what moonlit Nordic nights were made for, and long may such music reign. The stomping “Oscillator Epitaph” evokes a quite similar feeling, reminiscent of France’s underappreciated Anorexia Nervosa.

“Apokatastasis” and “One of Light, One of Soil” punish from the album’s back half, with the latter song marrying orchestral keys to punishing blast and mid-tempo singalong parts alike, doing so with effortlessness that could make one forget these guys have been away from …and Oceans for so long. Closing salvo “The Flickering Lights” is a slower number, and aside from the well-done instrumental “In Abhorrence Upon Meadows,” is the album’s only departure from their chosen formula. One gets the feeling the song could have benefited from the addition of some other sonic element to its mix, but despite this blip it winds up rounding out a very solid, very exciting comeback from this erstwhile cog in the Avantgarde Black Metal wheel.

Fans of Extreme Metal, and Symphonic Black Metal in particular, should be rushing to procure Cosmic World Mother the moment it becomes available. The work of …and Oceans here shows that time away does not mean time wasted, as each musician brings a stellar performance to bear on what will wind up being one of the stronger releases of 2020. For this, Cryptic Rock gives Cosmic World Mother 4 out of 5 stars. 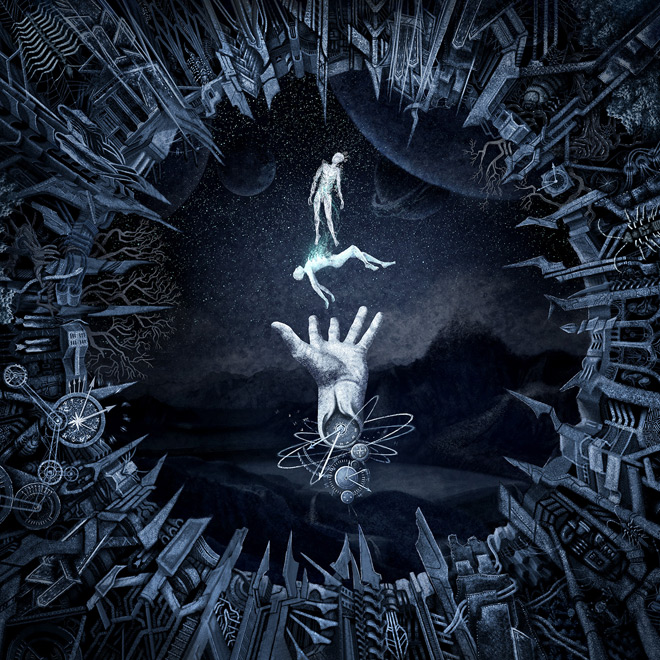