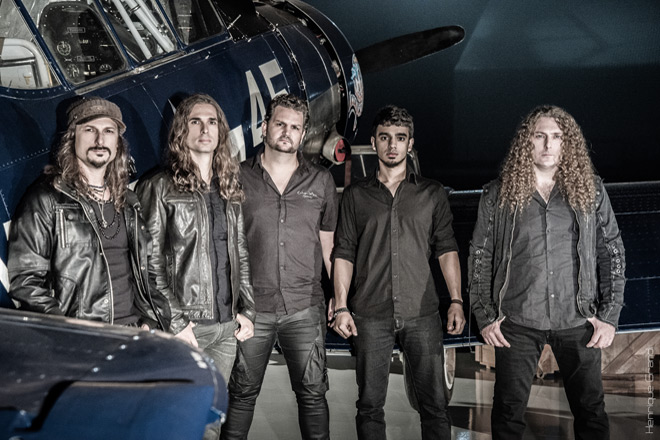 Additional credit is due for artwork featured in Omni, first to the brilliant artist Daniel Martin Diaz who has previously created cover art for Good Charlotte and P.O.D. Diaz used his Scientific influences and created a cover piece befitting to the mood and concept of Omni. Then, a masterful designer, Gustavo Saze – whose credits include designing for everyone from Morbid Angel to Manowar – infused the artwork and musical concept into one visual abstraction.

Right now some may be asking – Who are Angra? Well, for the less astute Metal fan, Angra is a melodic, Brazilian Metal band established back in 1991 by Lead Vocalist and Guitarist Rafael Bittencourt. Bestowing musicianship fondly reminiscent of Dream Theater, Angra have finely pieced together a catalog of well-oiled concept albums. Beginning with 1993’s Angels Cry, Angra’s sound is comprised from a modern and complex blend of musical influences including Djent, Thrash Metal, Progressive Metal, Latin, and Classical Music guiding the band to chart topping success throughout Brazil, Europe and Japan.

These days, Bittencourt splits lead vocal duties with Fabio Lione as the two are joined by Guitarist Marcelo Barbosa, Bassist Felipe Andreoli, and Drummer Bruno Valverde to round up Angra’s impassioned lineup.

Omni, the Latin word for “everything”, is a concept album based on Science-Fiction where the story, although taking place at various points in time, is at heart premised on an entity of artificial intelligence that will alter human perception and cognition in the year 2046. The basis of this system will allow correspondence between present and future human beings.

Full of profound melody, “Light of Transcendence” is a choice start to the saga of Omni with fast and honest riffs that light up the sky. “Travelers of Time” is up next, a beautifully melodic and a thunderous journey in Metal. Then we come to “Black Widow’s Web”, an evildoer that will trap the listener in a void of creeping drums and guitar amidst insidious growl vocals.

Coming to a more somber part of the story, “Insania” shows nothing is ever as it seems while the ballad “The Bottom of My Soul” searches for ones self. Closing in, “War Horns” stands as a symbolic declaration of cold war and strife depicted by a supersonic guitar solo that will astound the listener. A tribal chant in nature, “Caveman” seems to see the future in the past as “Magic Mirror” affords the listener the opportunity to look inward for self-examination as this six and a half minute epic brings Progressive Metal and Classical Music together. A ballad, “Always More” tenderly assures everything happens for a reason and life holds more than meets the eye.

Reaching the climax of Omni, Angra bring everything they have into a colossal final two numbers. In a near eight and a half minute saga, “Omni – Silence Inside” is far from inaudible as the final Metal nail in the coffin. In grand fashion, “Omni – Infinite Nothing” is not a Heavy Metal song, but a pure Classical piece where – if Omni was a movie – the closing credits would roll as we fade to black.

Overall, with Omni, Angra’s dramatic mix of Classical and Heavy Metal tendencies create a pure and open sound of memorable music highly pleasing to the ear. From crisp, moving vocals, to blinding guitar, and a raw foundation of bass and percussion, Omni displays the true talent of Angra as each instrument is represented to a tee and can be heard separately while resonating in cohesion. That is why CrypticRock gives Omni 4.5 out of 5 Stars. 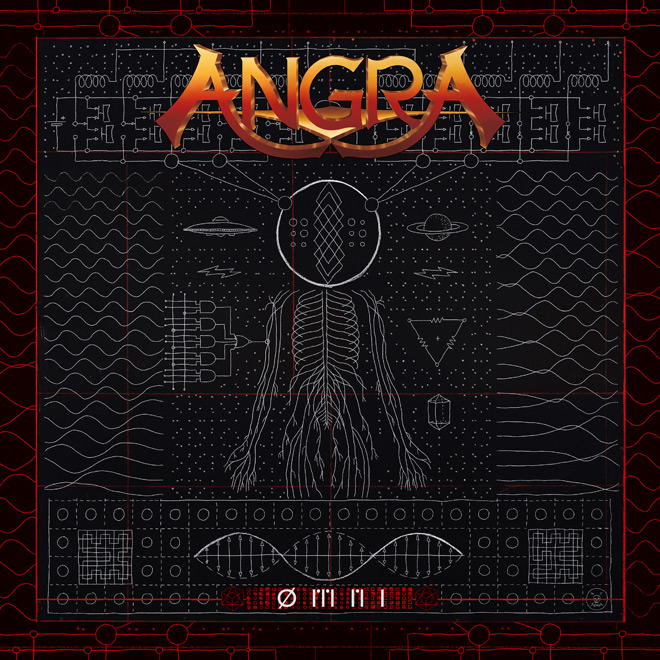