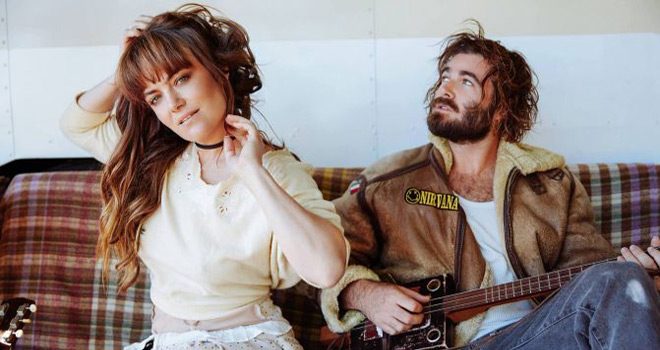 Maybe this is where we all belong. According to the Australian sibling duo Angus & Julia Stone, it does not matter whose house, it is just where one belongs. Settling in again, Angus & Julia Stone look to captured magic yet again with their new album, Snow.

Set for release on September 15, 2017 via Nettwerk Records, their follow-up to the 2014 self-titled release was largely self-produced, engineered, and recorded at Angus‘ cottage studio, Belafonté, in the Byron Bay Hinterland.

Rewinding a little bit, the partnership of Angus & Julia Stone was forged back in 2006 when the two started performing together. Making impacts with 2007’s A Book Like This and 2010’s Down the Way, after a gap of time, they returned stronger than ever in 2014 with their self-titled album. An album CrypticRock picked as a top choice for Album of the Year that same year, Angus & Julia Stone has led to an overwhelming worldwide fan base.

Now with Snow, they keep the momentum moving forward as the album opens with lead single and title-track, “Snow.” A delightful way to open the record, an electronic beat lays in the backdrop as Angus and Julia’s voice unify for a beautiful duet. Atmospheric and delicate, the album moves forward at a steady pace with a variety of songs. For example, “Oakwood” moves with a tempo that brings images of dark clubs, an allusion of secuality bleeding through the song with elegant poetry. Then “Chateau” has a pizzicato warmth, something rarely accomplished lyrically with such brilliance.

Thematically, Snow is a continuation of the story of Angus & Julia Stone, making for vivid landscapes painted with music. This in mind, the 12 song album has rests and rooms to breathe. “Cellar Door” is one of those places that ethereal repetitive voices soothe the soul until lyric and voice shift from one to another. That counterbalance is part of the effectiveness of the duo that cannot be artificially manufactured. Shifting into “Sleep Alone,” listeners are nearly halfway through before feeling the grounding instrumentation of a song, making it one of the best of the album.

Then there is “Who Do You Think You Are,” which is a touch artificial with introduction of instrumentation that does not feel organic in relation to the rest of the tracks. This in mind, there is a balance that still makes it work well. A traveling song, it is easy to close one’s eyes and hear the road. Thereafter, “Make It Out Alive” has a voice narrative that brings the story back home, making the music real and relatable regardless of whether the listener is in Australia, the United States, or the United Kingdom.

Likewise, “Nothing Else” fills that niche of acoustic brilliance that listeners love from Angus & Julia. With simple guitar and piano gracing the track, there is nothing to clutter the mix, which is poetry for the ears. Following is the connection of “My House Your House” before “Bloodhound” traces back to that husky vocal delivery Angus is known for supported by Julia. One of the slower tracks of the record, again, it is one of those places for listeners to pause and reflect on what they have experienced.

Referencing one of the great French poets, Charles Baudelaire, “Baudelaire” is a masterpiece of songwriting looping lyrically through much of the album in a non-metrical fashion. With soaring horns and an anthemic feel, this track rests as solid punctuation. Finding a way out of Snow, on the final song, “Sylvester Stallone,” Angus &  Julia returned to that ethereal magic that is present all album long.

An anticipated release, the Folk Pop team offer an exotic dream for the ears with Snow. Personal and touching with simple call and response lyricism through, the world is practically brought into the room where Snow was written, making for an intimate and exclusive experience. Yet another memorable collection of songs, CrypticRock gives Angus & Julia Stone’s Snow 5 out of 5 stars. 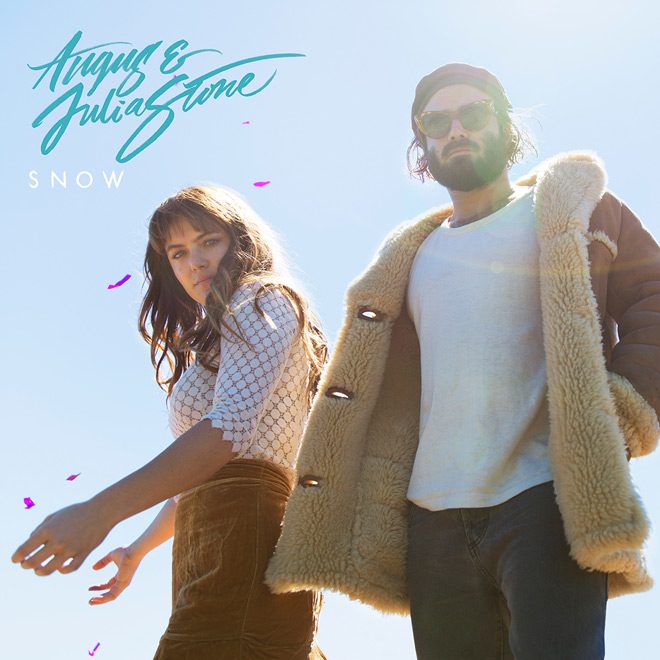