Animals As Leaders – The Madness Of Many (Album Review) 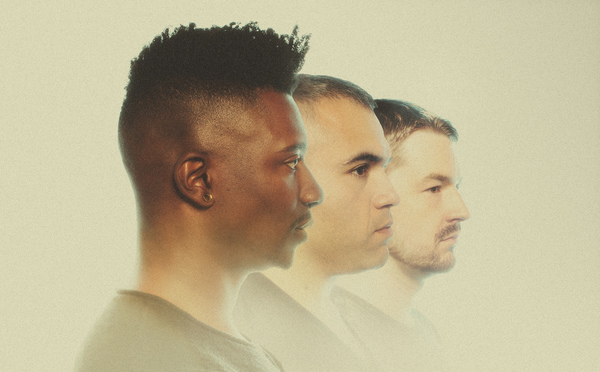 Animals As Leaders has been an inspirational Progressive Metal band for nearly a decade now. With a name inspired by Daniel Quinn’s 1992 novel Ishmael, founding Guitarist Tosin Abasi states, “That we’re all essentially animals.” A thought-provoking ideology, Abasi, Guitarist Javier Reyes, and Drummer Matt Garstka join to form this instrumental band who have been key components in the Djent scene. Now returning with their fourth studio album, The Madness of Many, Animals As Leaders look to challenge their listening audience once again. A follow-up to 2014’s The Joy of Motion, while The Madness of Many is not their heaviest, it does provide a level of musicianship that stands far beyond others.

Released on November 11, 2016 via Sumerian Records, The Madness of Many opens up with “Arithmophobia,” a track that calls out for the audience’s attention with its slow, exotic riff. Shifting, it speeds right up when Garstka joins the fun, taking the listener on a wild ride, until it slows down for a bit, leaving the direction of the album open. Finally, the song ends right where it began, this time with a flurry of ghost notes and a really fun bass line in the background. Moving along, “Ectogenesis” sounds like it is straight out of the 1991 Sega Genesis game Shadow Dancer. Starting off with a strong bass line and what sounds like the aforementioned video game effects, memorizing guitar riffs steal the spotlight, which leads to a very tight synchronization between the guitars and Garstka’s double bass. After the guitar solos, the song ends the way it begins, the strong bass line, but this time, Garstka is let loose.

If “Ectogenesis” sounds like the final boss battle of a video game, then “Cognitive Contortions” is what the secret boss upon the conclusion of the game sounds like; gamers know, the one that they have to face after they have used all their potions and they are one hit from dying and potentially buying a new TV. This in mind, there is a real sense of urgency when this track comes up, and between each off time snare hit, there is a well-placed and complex riff making it standout. Moving along, “Inner Assassins” is much more straightforward. Of course, this is an Animals As Leaders album, and the term, straightforward, does not mean the same as it would in other bands. There is an underlying guitar riff that keeps the song moving forward and the composition is not without its surprises. About halfway in, it deliberately makes listeners think that the track is over, but leads into an unbelievable solo by Garstka, while the guitars stay in the background. Moments after that, it all ends with a very tender duet by Abasi and Reyes.

Picking up where “Inner Assassins” ends, “Private Visions of the World” kicks off with a very catchy riff. A song that has Reyes written all over it, since he joined Animals As Leaders, he has provided much needed melodic touch to Abasi’s truly inspiring shredding. Then comes “Backpfeifengesicht” which starts off quietly before raising the volume and leading right into another really epic sync up between the guitars and Garstka’s double bass. Close to the end of the song, the listener will be treated to a very cool electronic moment, very reminiscent to different moments in prior songs such as “Weightless.” Wrapping up with a quick little sync up between the guitars and Garstka, it leads into “Transcentience.” Reminding listeners that though Animals As Leaders has evolved, they have not forgotten their roots, and this cut launches with a very menacing riff, reminiscent of their early work. Slowing down, the audience is rewarded with a cool solo toward the tail-end.

Thereafter, “The Glass Bridge” explodes with a very energetic riff accompanied by an extremely complex performance by Garstka. Keeping the energy flowing through the end, it will absolutely become a favorite when performed live. This is prior to “The Brain Dance,” which is very much a follow-up to “Para Mexer” from The Joy of Motion. An extremely beautiful song in four acts, act 1 is a very beautiful, opening full of complex riffs by acoustic guitars. Act 2 is an electric guitar slowly accompanying the acoustic guitars, creating a very beautiful mix of acoustic and electric guitars, with Garstka tying everything together. Then, in act 3, all noise disappears except for the silhouette of an acoustic guitar, while in act 4, a rush of electric guitar notes storms the listener with its complexity. Quite a build up, it ends with the whole band playing as one, making for an epic listen. In the finale, “Apeirophobia,” is something out of the 1995 Desperado film soundtrack. Offering majestic Latin sounds with an intense conjuring of guitar notes, Javier does his signature guitar picking, making for a truly fitting way to end the record.

For a band to have four albums under their belt, The Madness Of Many is their most cohesive album. Being their second album recorded with acoustic drums, there is a real sense that every member of the band had a say in every moment of the recording. It is very pleasing to be able to hear everyone’s voices coming together on this album. That is why CrypticRock give The Madness of Many 5 out of 5 stars. 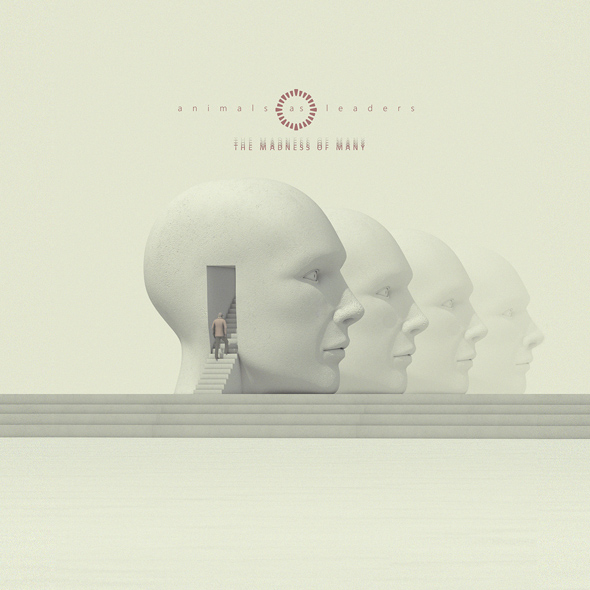