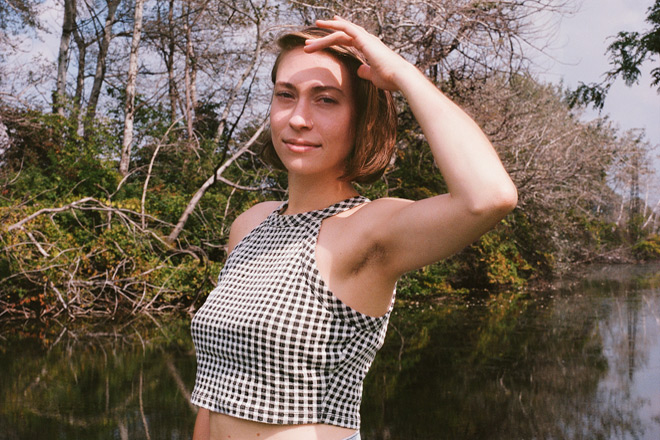 Growing up in a Michigan home on Disney and Sing-alongs, music would soon take over a young Anna Burch’s life. Now, with much anticipation, she gifts the world her debut album, Quite The Curse, on Friday, February 2, 2018 through Polyvinyl Records.

An exciting time for any musician to see their debut album released, like many, there is a compelling story behind Burch’s rise. As mentioned, raised around music, in her teens, Burch entering open mic nights and, by 18, was a touring musician with a propensity for dreaming of a solo career and writing her own music.

After enough time spent performing live, she returned to complete a grad degree in Chicago, IL and moved to Detroit in 2014 where she re-immersed herself in music. She returned to play with Frontier Ruckus, a band she earlier played with and added her voice to the Indie band, Failed Flowers. She would then create a split recording with fellow Detroit musician, Stef Chura, produced by Palm Tapes. Interestingly enough, her song “Tea-Soaked Letter” is found on this recording, although in its earlier form.

The story goes Paul Cherry, a fellow Detroit musician, took a special liking to the songs Anna wrote and the two recorded them together as the dream began to manifest into an album on the horizon. Although the sound was not what Anna had envisioned, she stayed true to herself in that quest and eventually met Grammy Award winner and engineer, Collin Dupuis (Black Keys, Ray LaMontagne). Dupuis’ expertise in mixing created the vision that Anna yearned for, thus Quite The Curse was born!

Soaked in unrequited love, explosive outbursts, while consulting Tarot Cards, there are sounds of frustration that begin on a hard strummed guitar and definitive views on those you love heard throughout Quite The Curse. That in mind, the aforementioned “Tea-Soaked Letter” is a fitting first single off the record. Other tracks such as “Belle Isle” has a twang while the lyrics remind the listener of how it was before Burch moved to Detroit.

Nine tracks in total, so many express Burch’s own end of innocence and repeated patterns. She has been known to have written about her own emotional struggles, but after all, haven’t we all shared these? Relationships come in all forms including the relations with substance on “Asking 4 A Friend,” who asks for more of what was so good of a high the last time. Burch explores all disappointments with a smooth reverbing voice, at times sounding like the early days of Gwen Stefani. This is while the drum and guitar sounds of the girl bands of earlier years.

Then there are songs such as “In Your Dreams,” which have a dreamy sound with vocals that haunts in the background of another girl. There is the title-track, “Quit the Curse,” which sings of the power of the one who you love. With a voice that is almost a determined statement of words we only hear singing during the harmony, it reminds us to speak to ourselves when we feel cursed in love using her voice in a unique way. Singing? Falsetto? Speaking? All is eloquently done by Anna Burch.

Every song on Quite The Curse has a melancholy story complemented by fun reverb guitars echoing and falsetto sounds which adds to the album’s airiness. This album gives those painful in relationships an outlet while being caught in a sound time capsule of innocence very reminiscent of the ’60s. Bravo to Anna Burch for an exceptional debut, and that is why CrypticRock gives Quit The Curse 5 out of 5 stars. 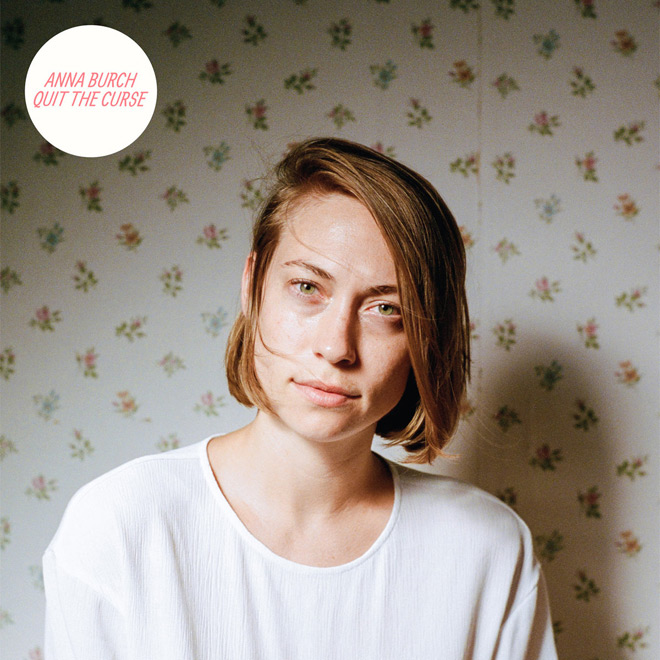