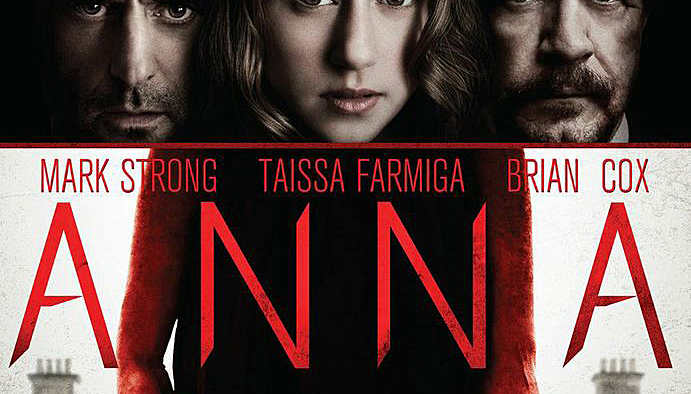 Anna, originally titled Mindscape, is the newest psychological thriller film from Spanish Director Jorge Dorado and Writer Guy Holmes released in theaters by Vertical Entertainment on the 6th of June 2014 and iTunes on the 6th of May 2014. An exciting new concept, Anna tells the story of John Washington; played by renowned actor Mark Strong who is well known for popular movies such as Zero Dark Thirty (2012), John Carter (2012), and Sherlock Holmes (2009). John is a memory detective working for the now famous Mindscape Company, assisting in solving cold cases and helping people move on from trauma.  A very gifted man, he is among few people that have the ability to not only remote view, but use that ability to travel into people’s memories with them as a bystander. By going into alleged criminals minds, John, his boss Sebastian (Brian Cox – Red 2 2013, Rise of the Planet of the Apes 2011), and Peter Lundgren (Noah Taylor: Charlie & The Chocolate Factory 2005, Submarine 2010) have helped solved many cold cases, elevating the status of Mindscape.

John, however, carries his own inner demons close to his heart and after a harrowing session with a client, his own memories of his late wife intersperse with the current session and he has a mild stroke. After recovering for a couple of months, John finds he is struggling financially and must once again start working in his previous profession. Sebastian offers John what seems a simple case involving the very wealthy Greene family, and their daughter Anna (Taissa Farmiga: American Horror Story 2011, The Bling Ring 2013), who yearns desperately for freedom. Anna has been on a hunger strike for a week, and her family wishes to utilize Mindscape to get their daughter eating again.

This may sound like a simple enough case; a teenage girl with teenage issues, who needs persuading to eat.  Interesting enough nothing in the Greene mansion or Anna herself is what they first appear. Anna is extremely clever and gifted, but is she capable of homicide? The further John delves into the Greene’s past, the further away he seems to get from the truth and closer he gets to getting himself in trouble.  Why would Anna’s mother Michelle (Saskia Reeves: A Christmas Carol 1999, Page Eight 2011) and her step-father Robert (Richard Dillane: The Dark Knight 2008, Argo 2012) keep Anna imprisoned in her room under 24-hour surveillance, is it abusive parenting, or a necessary evil?  In deep, John gets caught in a deadly game of cat and mouse, but it is almost impossible for him to determine who he can really trust, even his own memories.

There are plenty of twists and turns in Anna with excellent actors who are able to carry the depth and complexity of their characters seemly with ease, most particularly in young Farmiga’s case. The plot is incredibly interesting and there are no loose ends left badgering you upon its conclusion. The fast-paced story is entirely believable, keeping you on the edge of your seat with your fists clenched tightly beside you.  Shot in the French-Canadian city of Montreal, the exteriors of the Green Mansion is from the south of France, with natural interiors from Barcelona, making for a beautiful scenic vision.  CrypticRock give Anna 5 out of 5 stars. 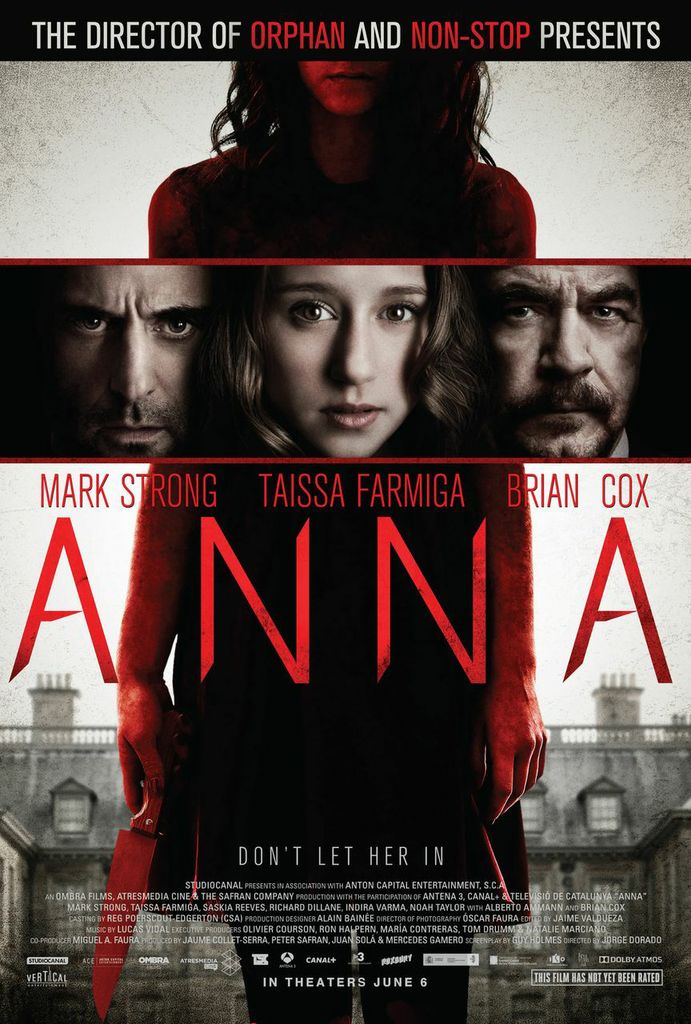